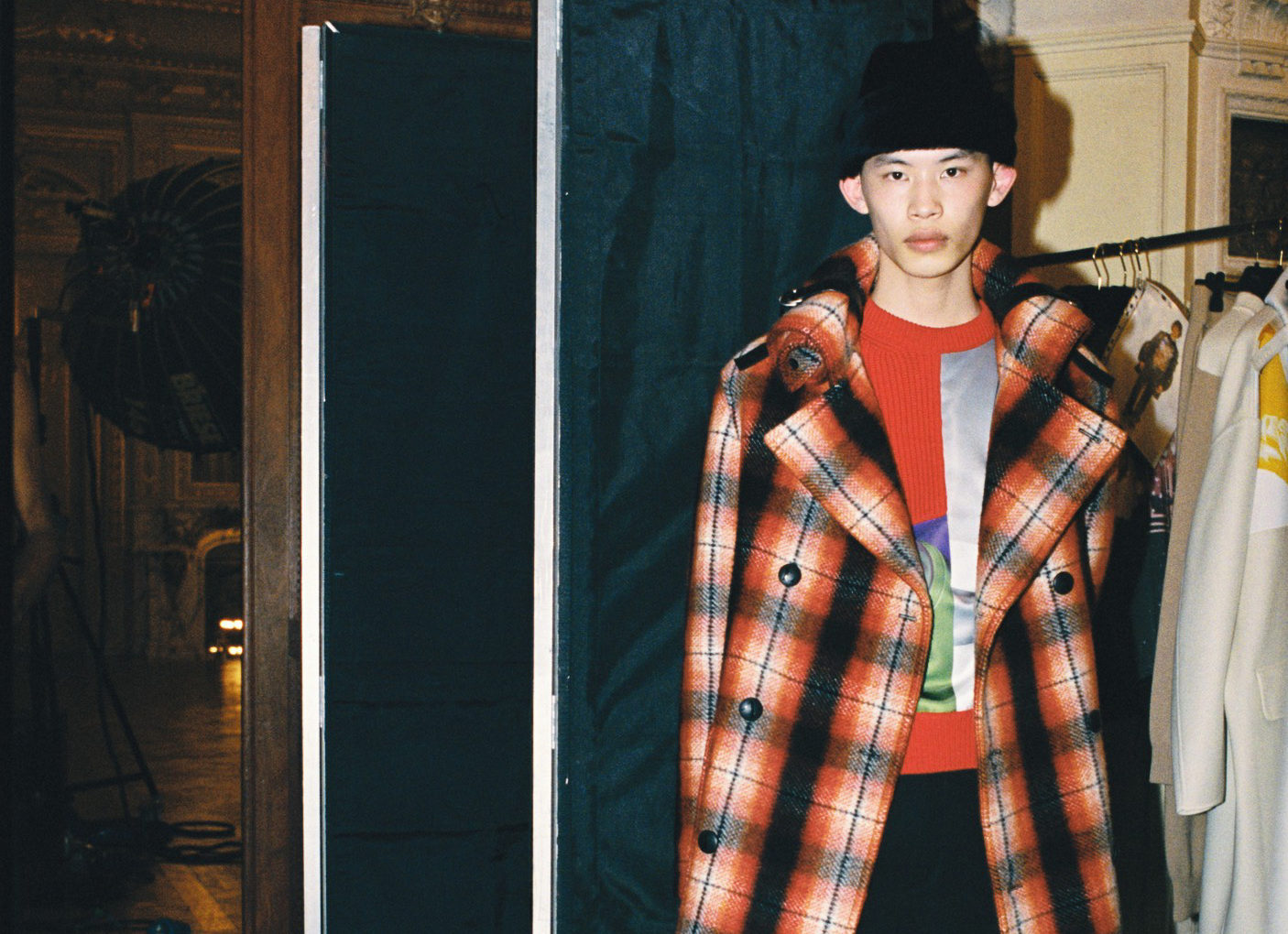 A counterpart and contrast to Lanvin’s Fall/Winter 2021 womenswear offering – Lanvin’s menswear is rooted in the casual, the street. The reality, beside the dream.

Yet creative director Bruno Sialelli also draws on Lanvin’s heritage – its unmistakable identity as a Parisian couture house, to imbue garments with a new sense of luxury. The elevation of the daily wardrobe.
Garments are grounded in function, in the garderobe of the modern man: accessible, immediate, actual. But they are reinvented, heightened through their fabrications – satin, velvets, animaux print and sequins nod to couture heritage, while elsewhere the sensual, voluptuous de luxe of cashmere and Japanese wool transforms perception.
There is an exchange between exterior and interior – also, anterior, the heritage of Lanvin. Again, the conversation is between present and past, different conceptions and perceptions of the Lanvin man. Clothes have both comfort and protection, cocoon shapes and overcoats combined
with relaxed pieces imbued with an innate ease, an interplay of different attitudes. Suit jackets are cut wide, to slouch at an extended shoulder; they are teamed with the Lanvin ‘Curb’ sneakers – a gesture synonymous with the house – or luxurious slippers. Alongside hyper-comfort is
survival gear: dubbed ‘Ice Pack’, protective down outerwear is executed in silver metallics and every shade of Lanvin’s blues. 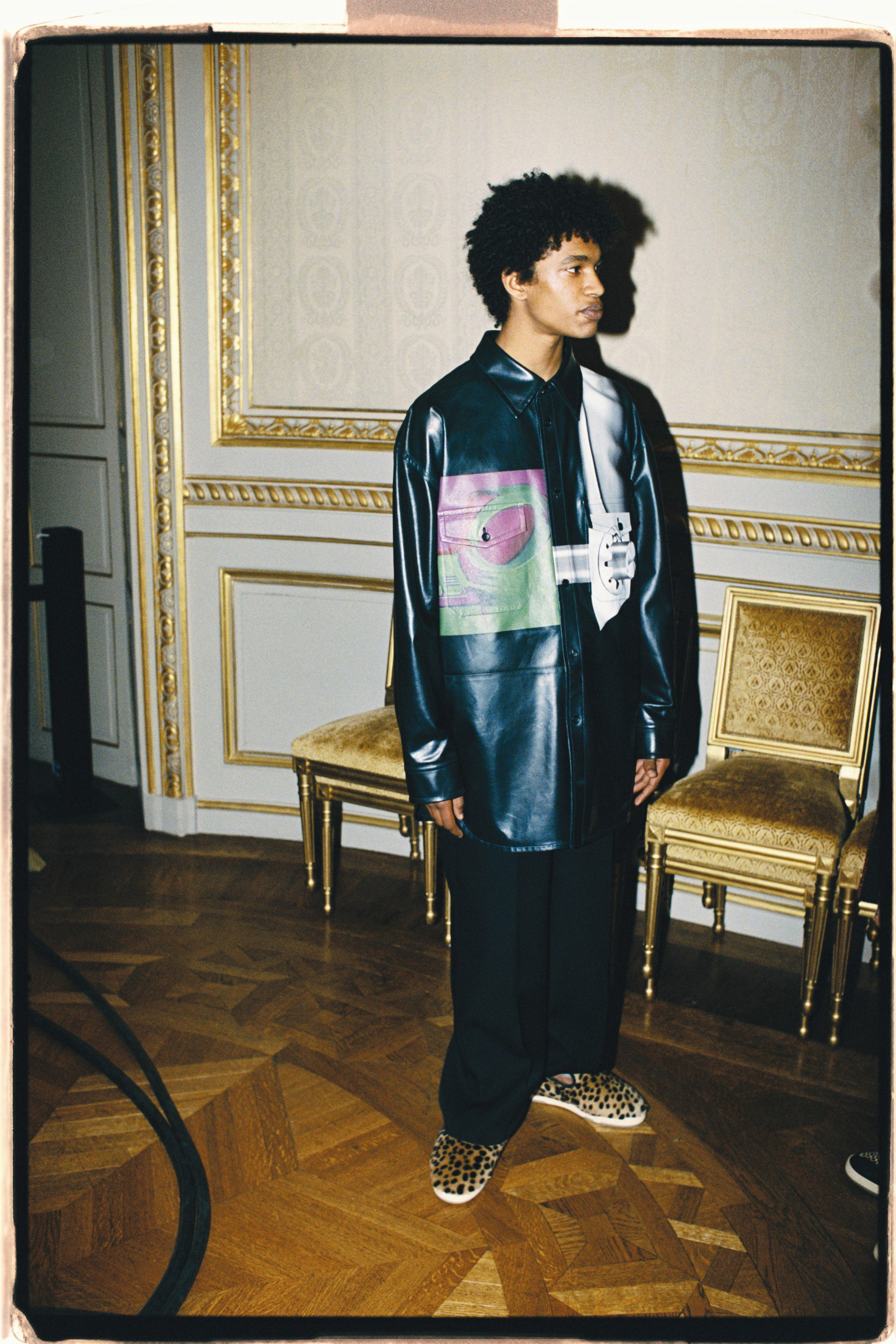 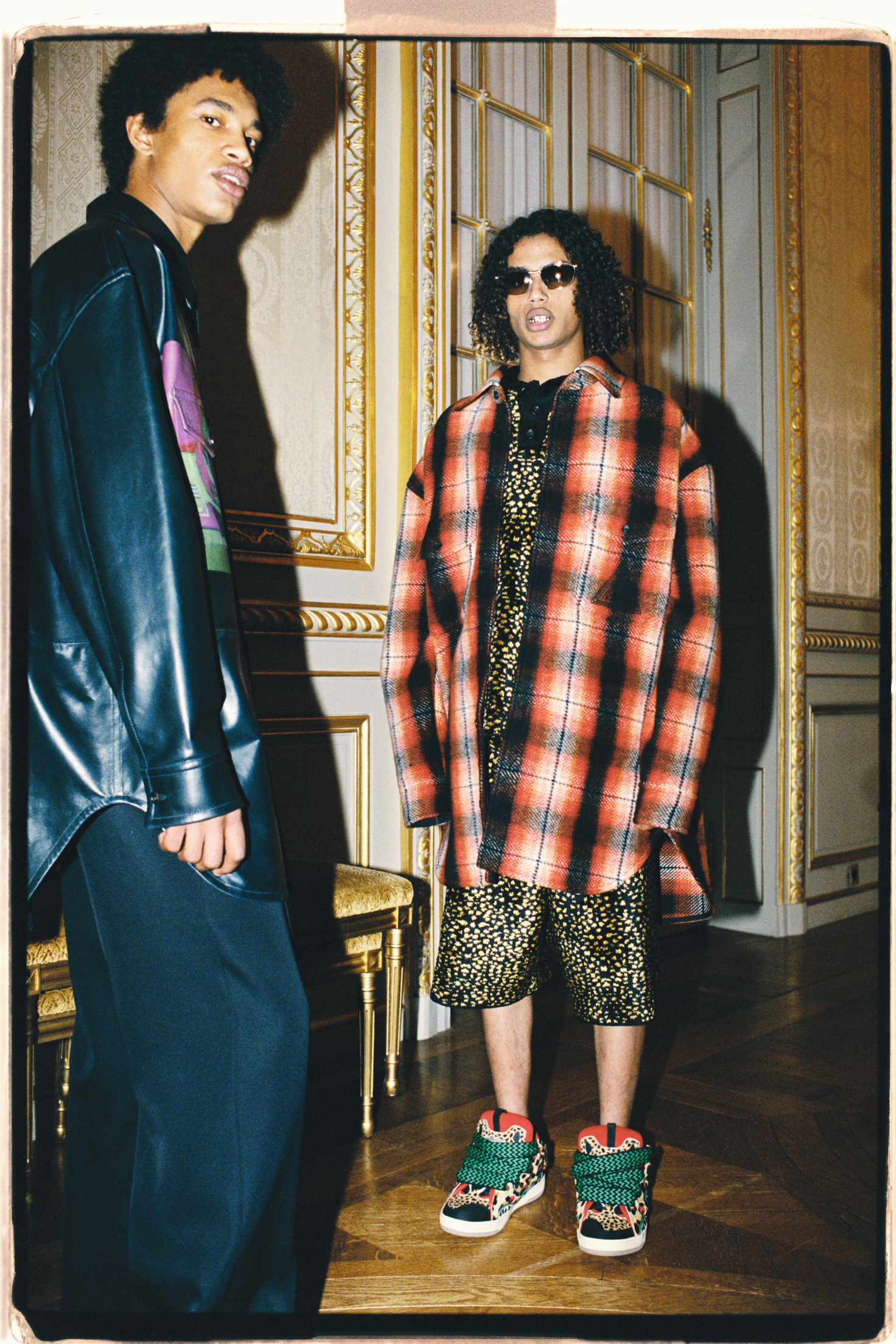 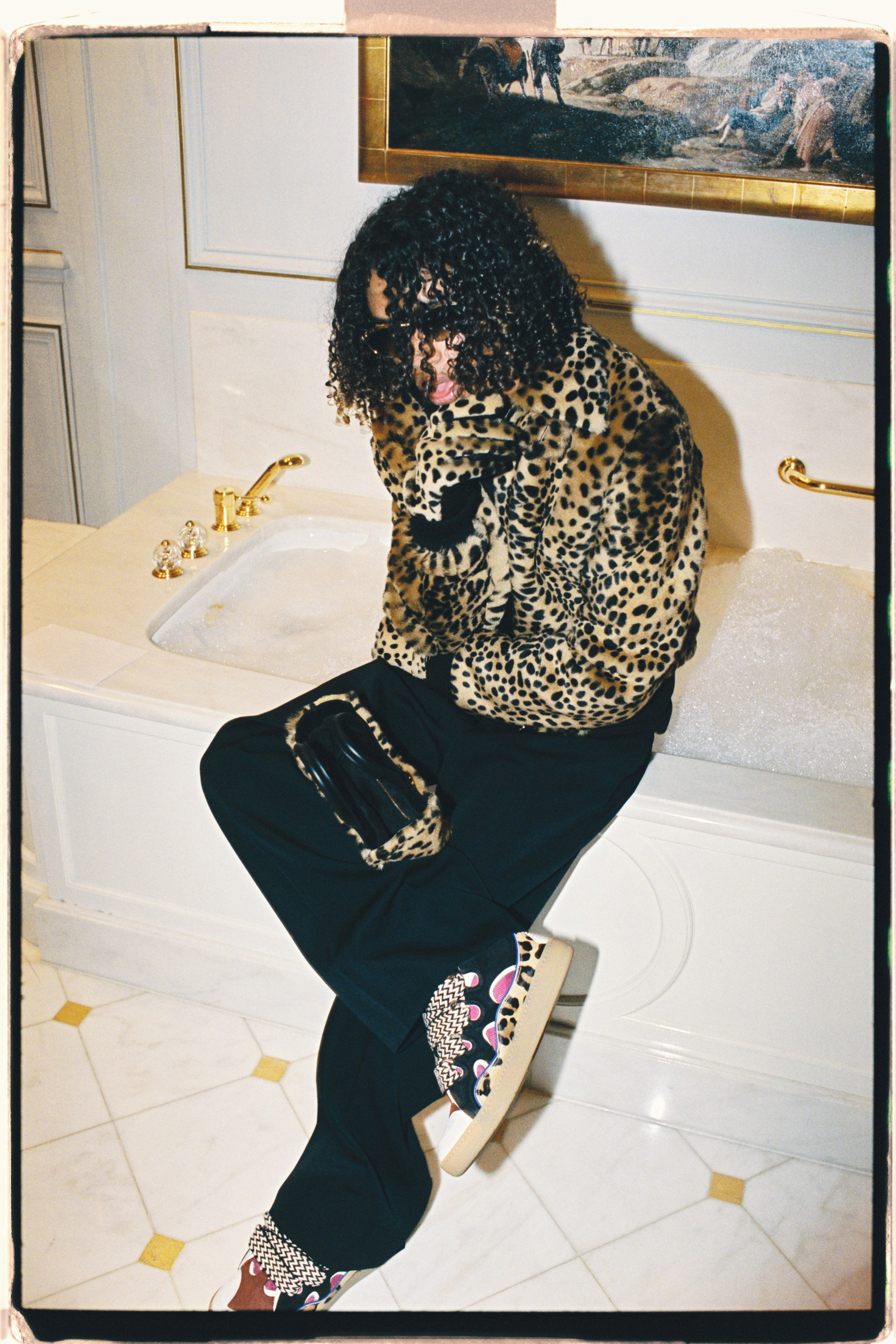 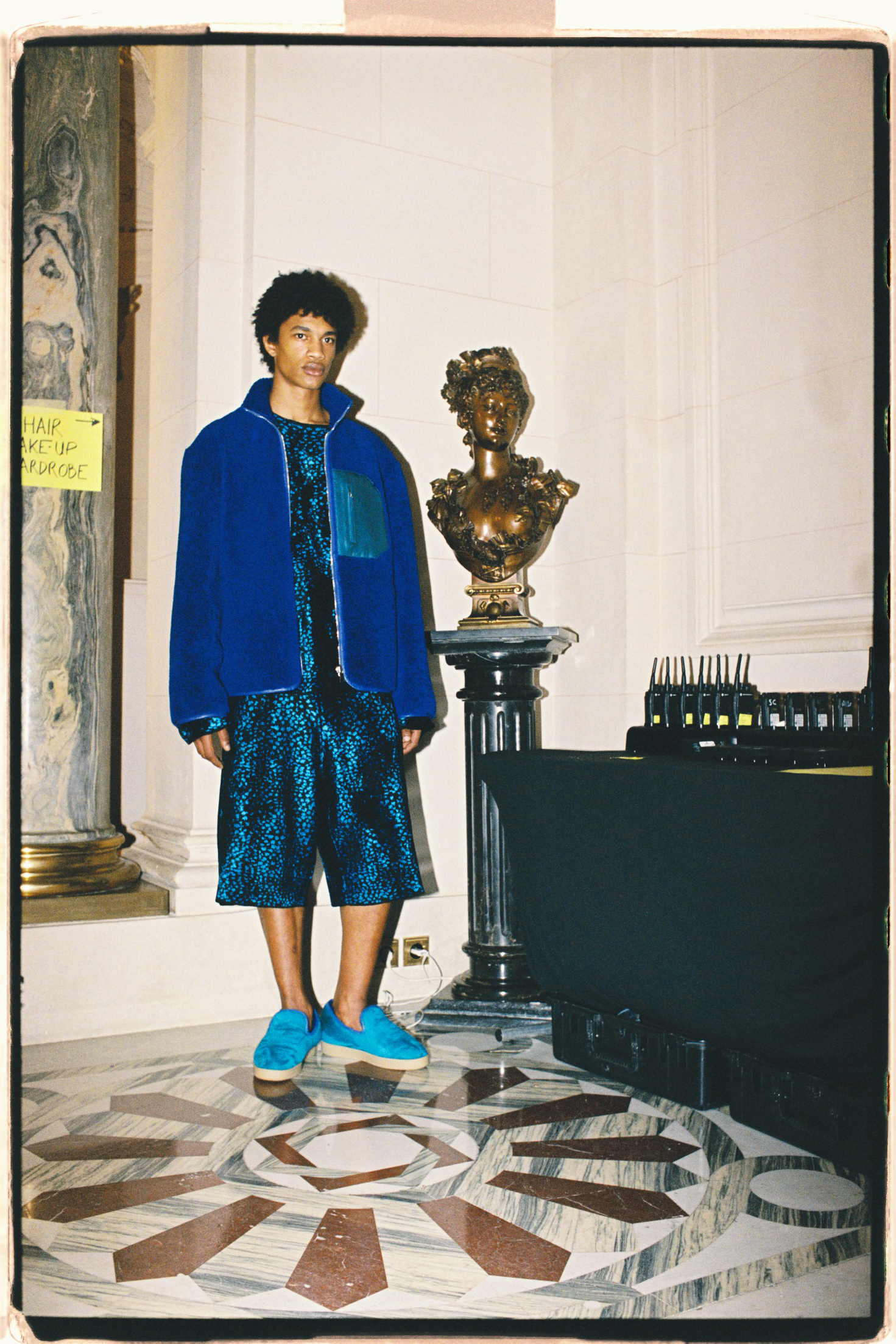 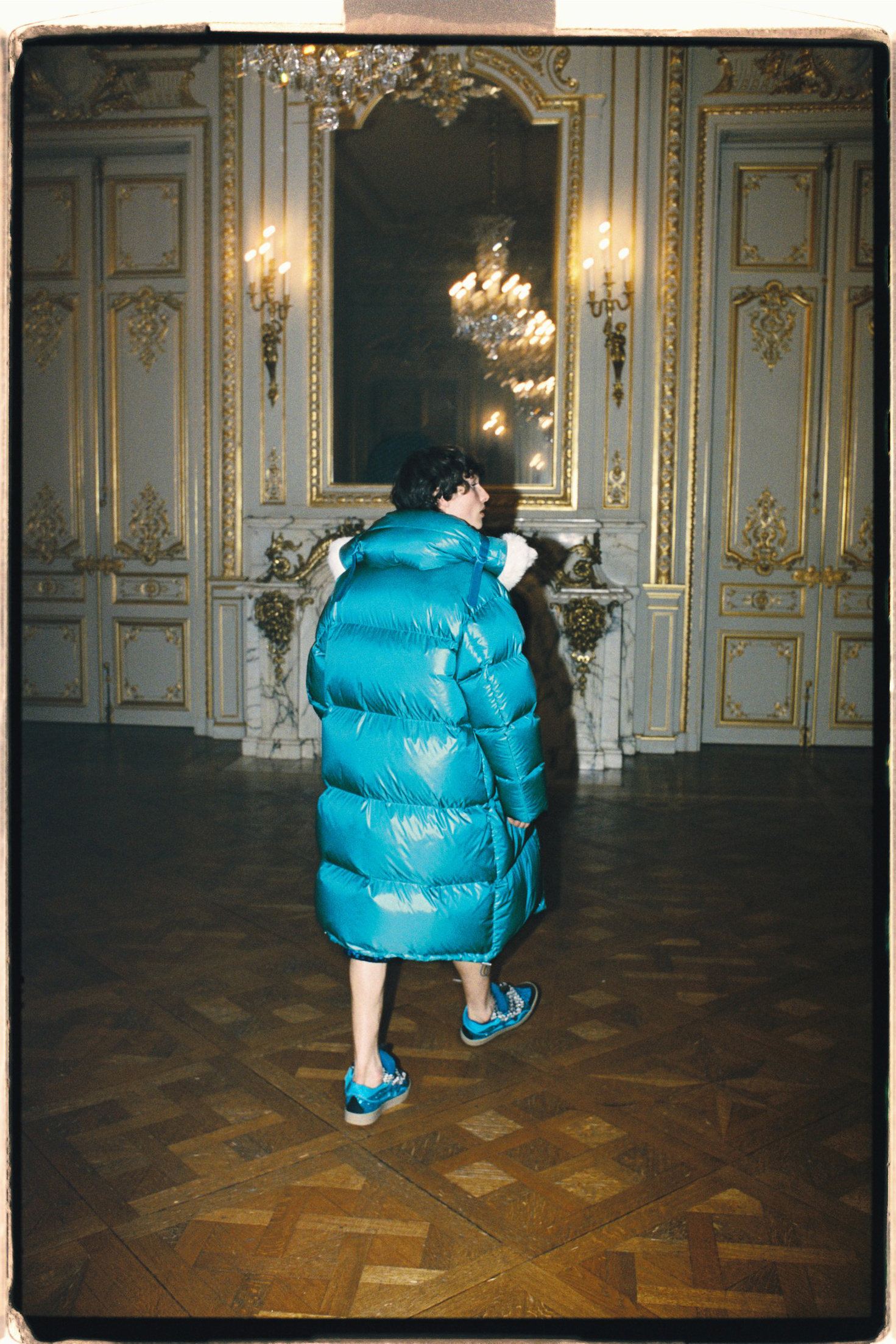 Echoing the Lanvin women’s Fall/Winter 2021 collection, the collection becomes in part a canvas for the work of the American pop artist James Rosenquist. The lusters of duchesse satin and silk twill echo the glossy advertising pages that formed Rosenquist’s inspiration – here, the pieces become collectibles in and of themselves, covetable and exceptional like art pieces. 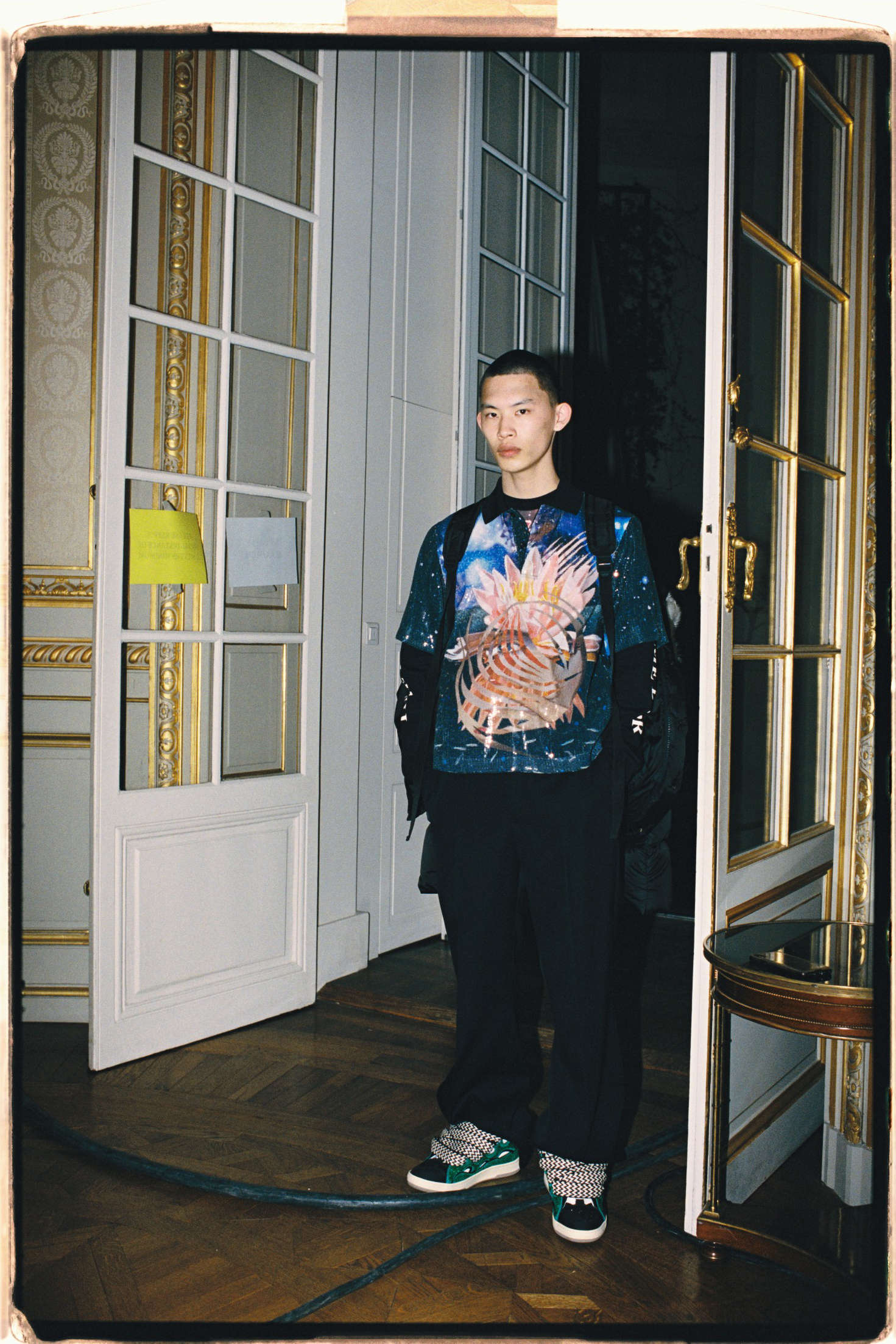 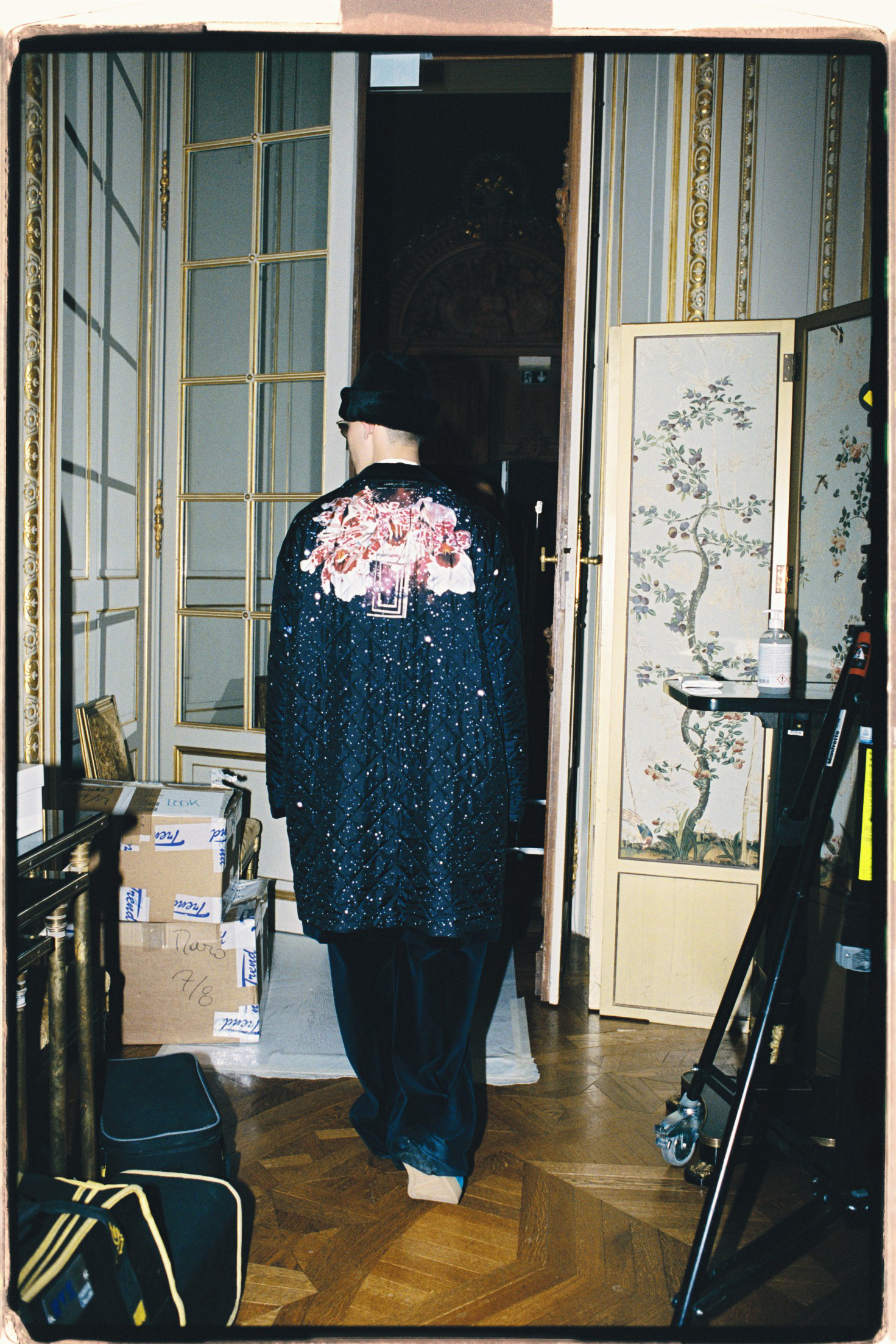 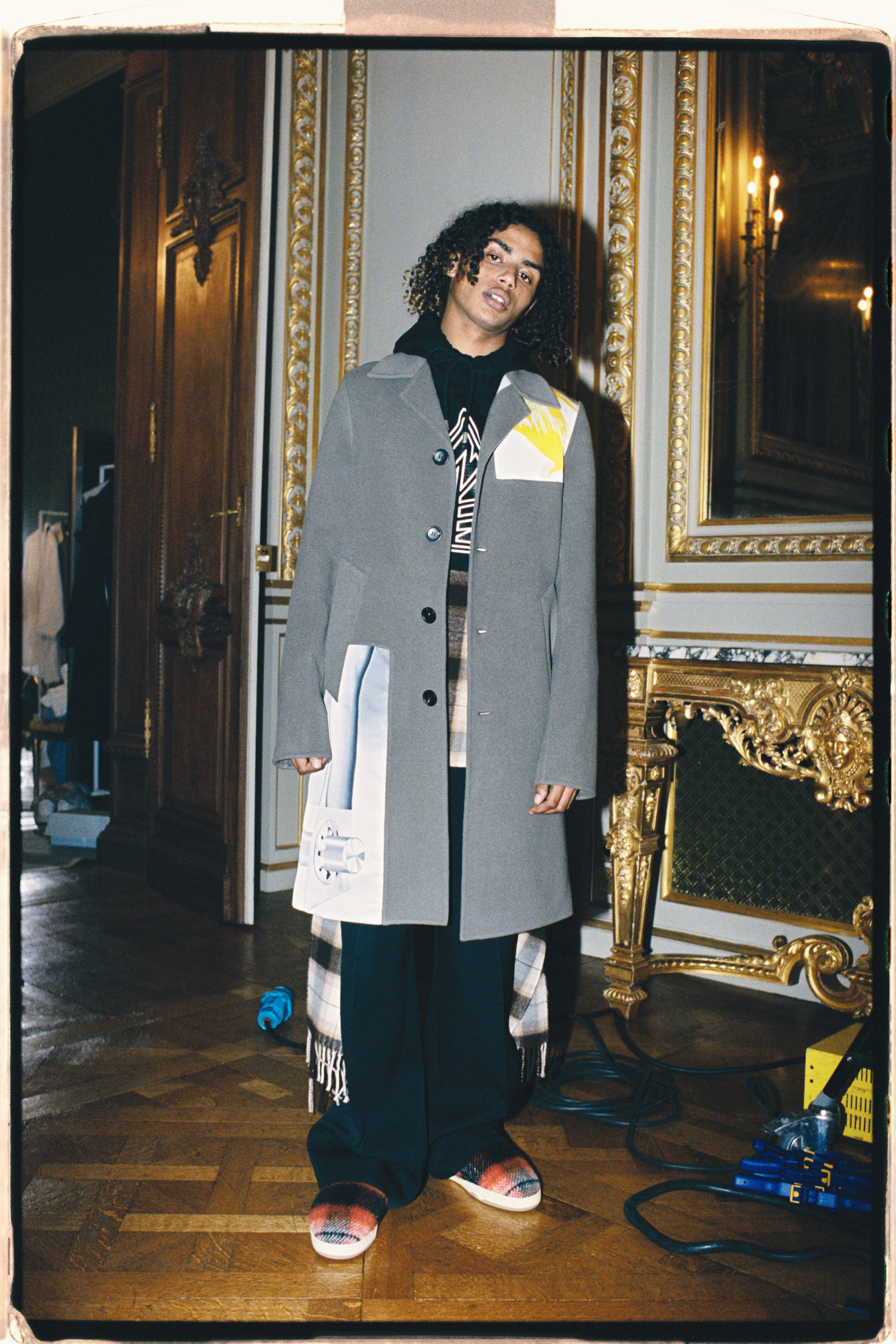 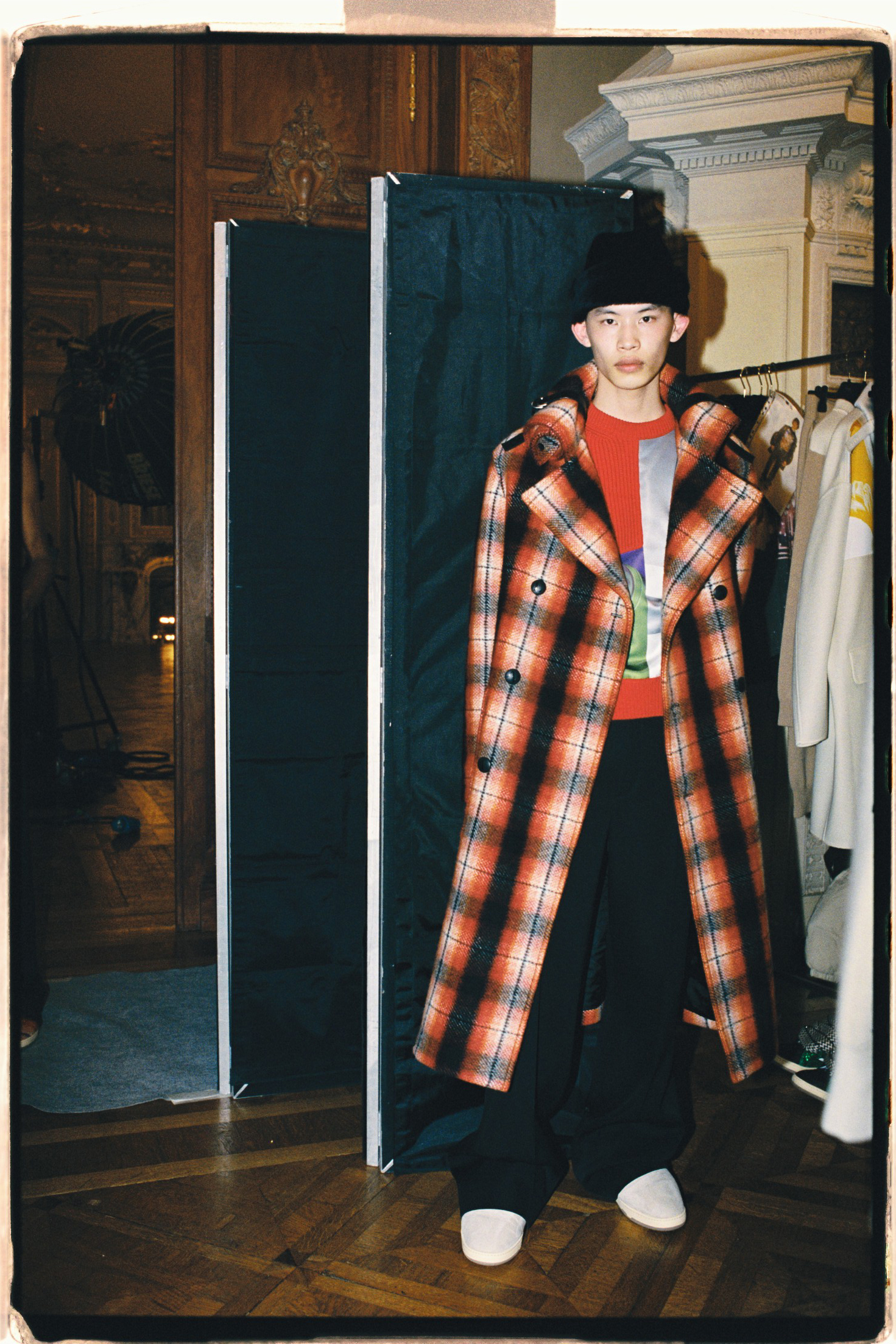 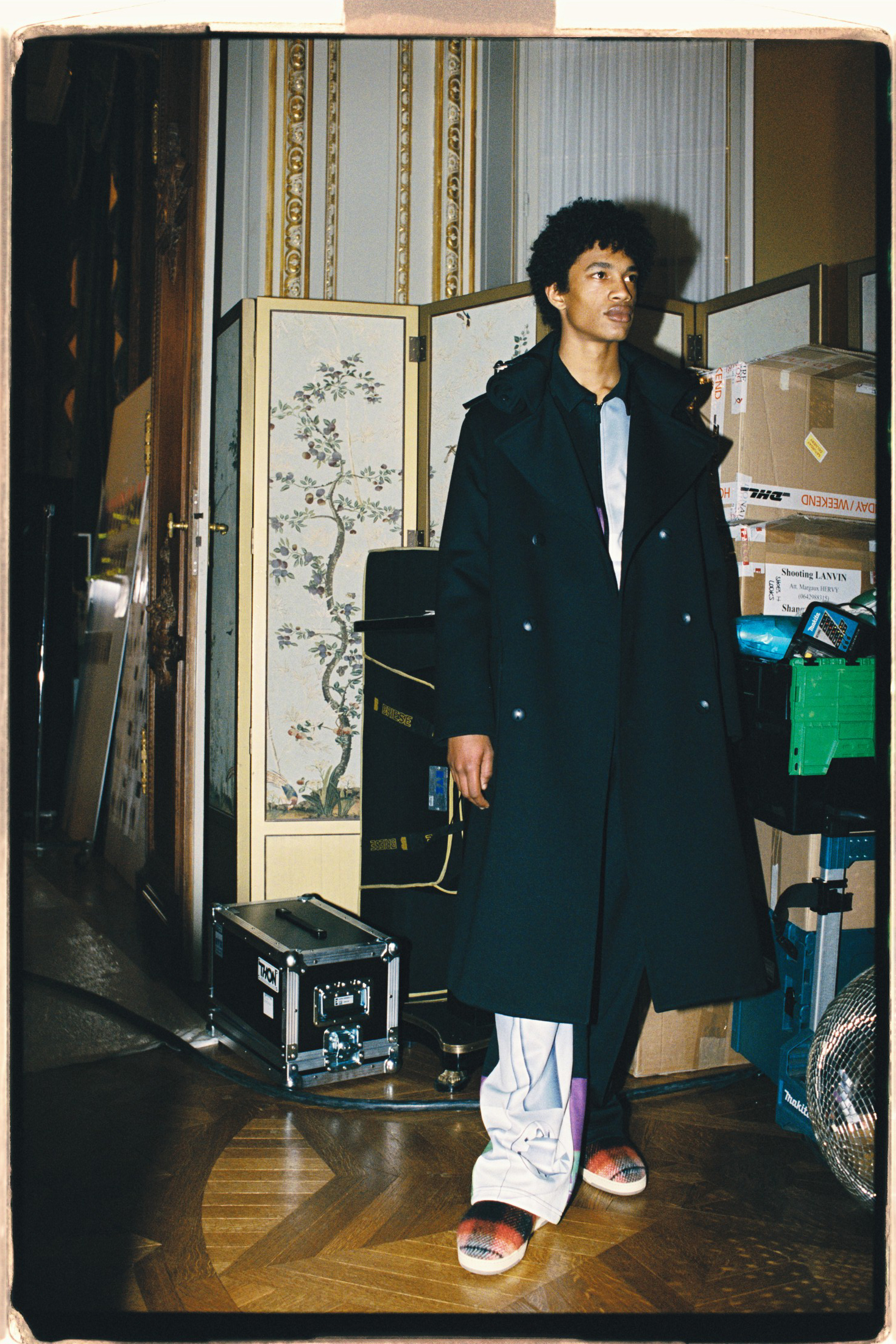 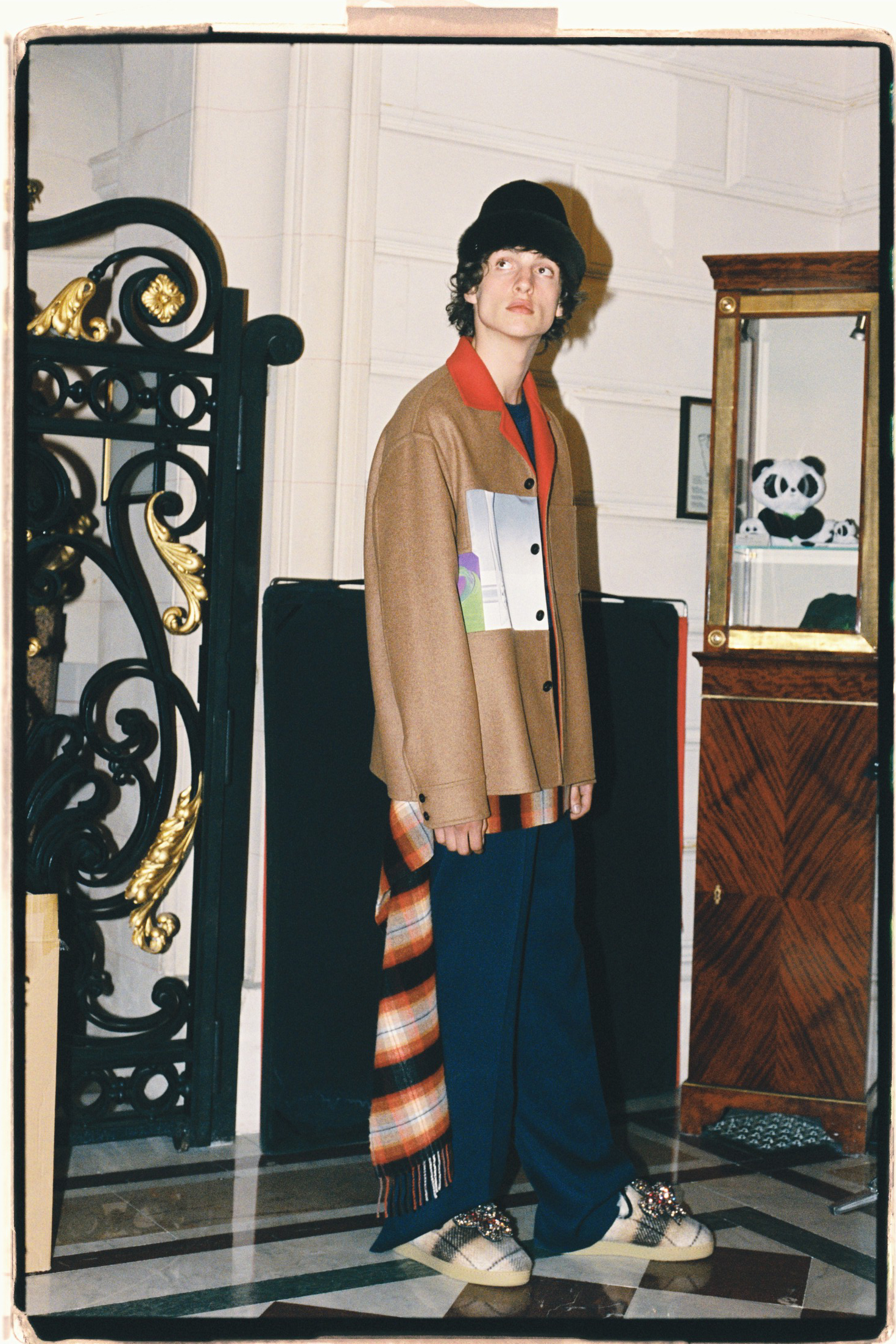 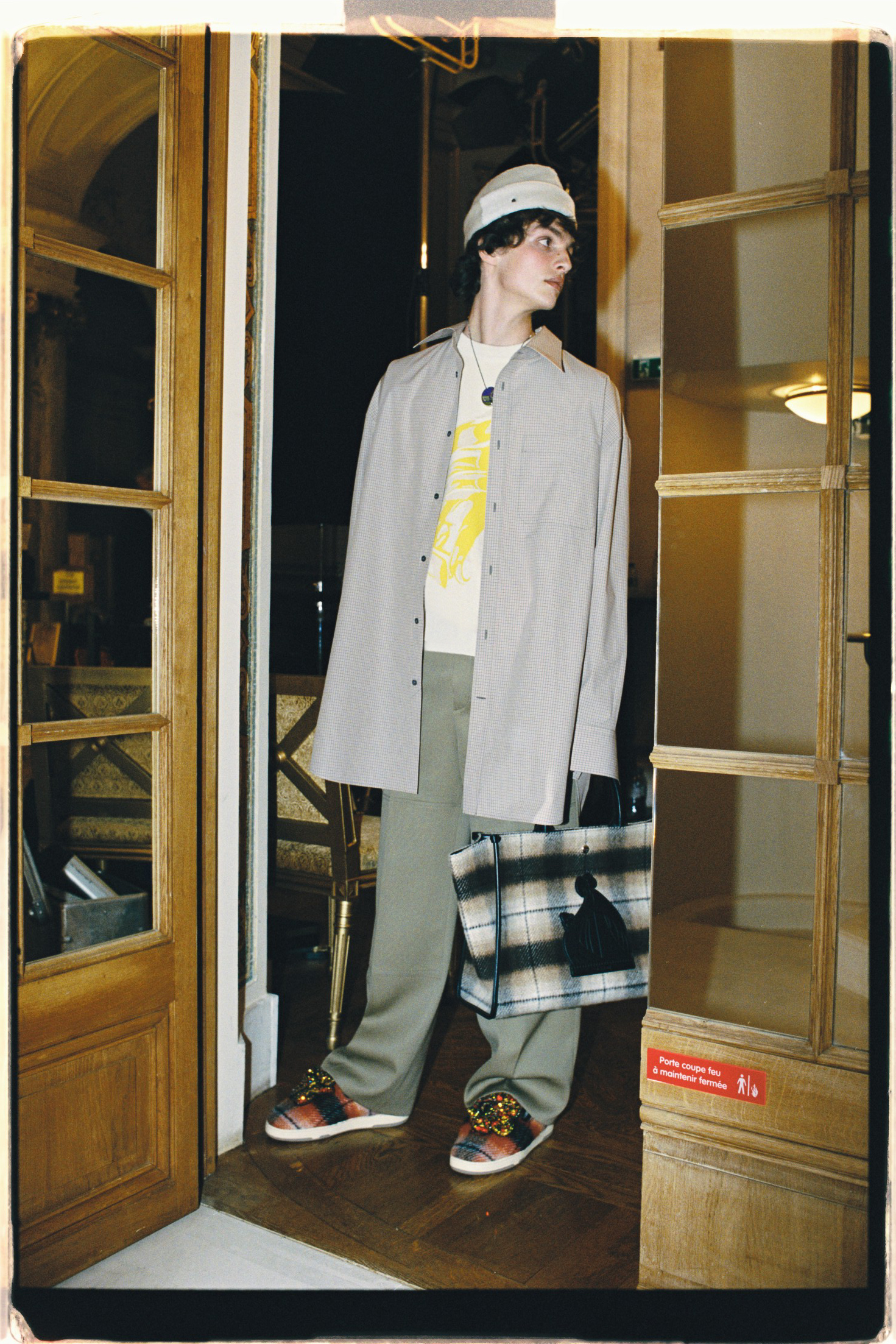 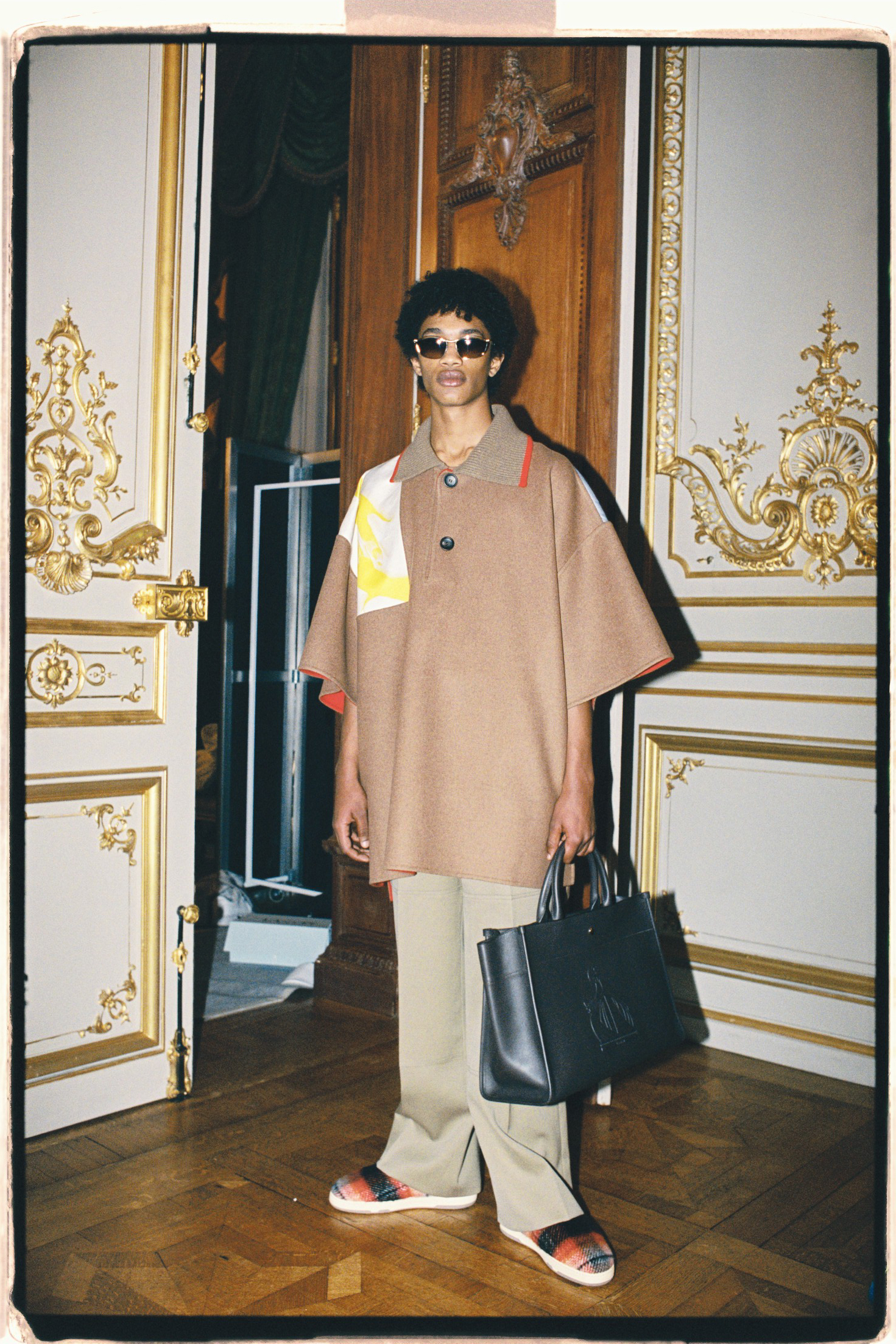 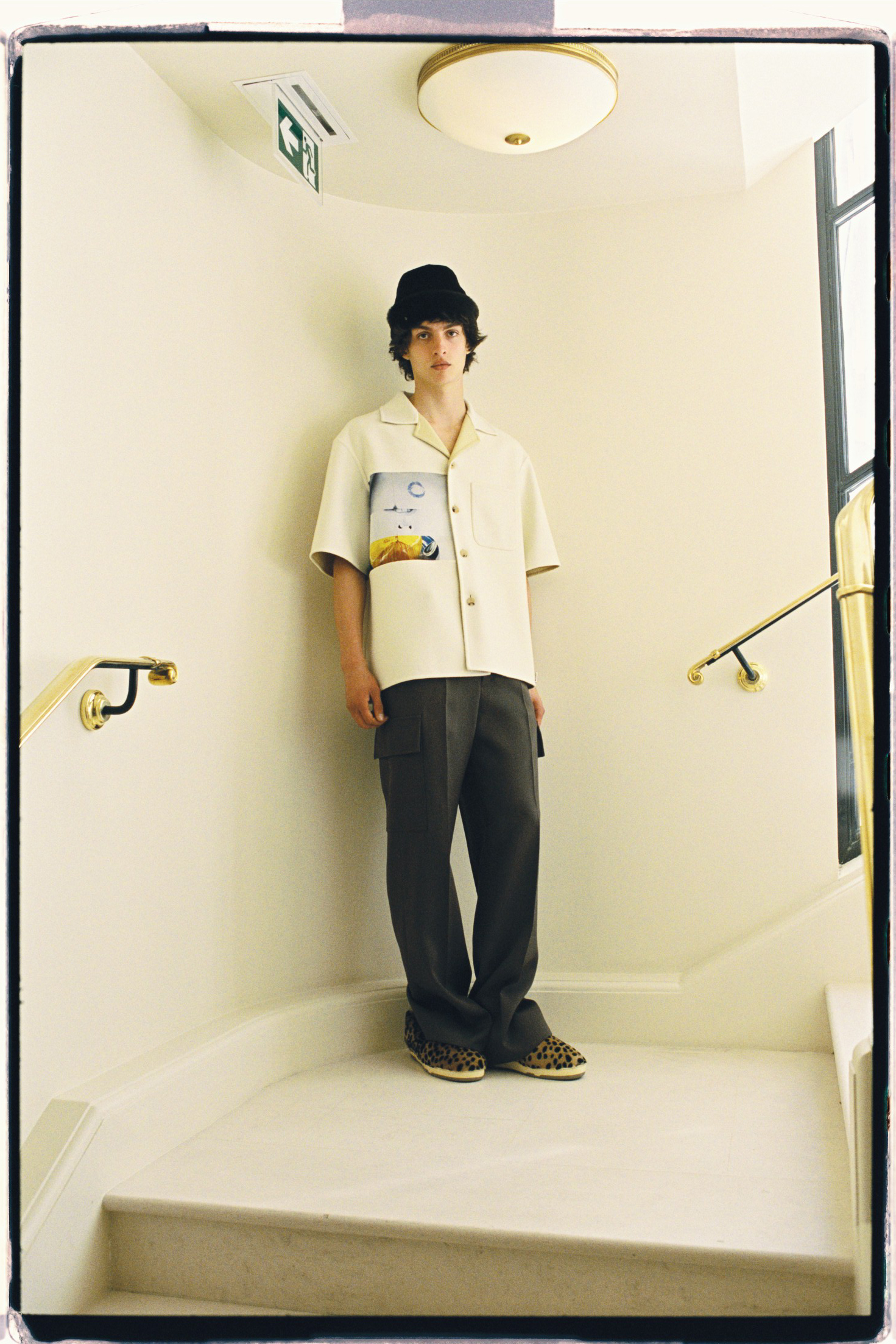 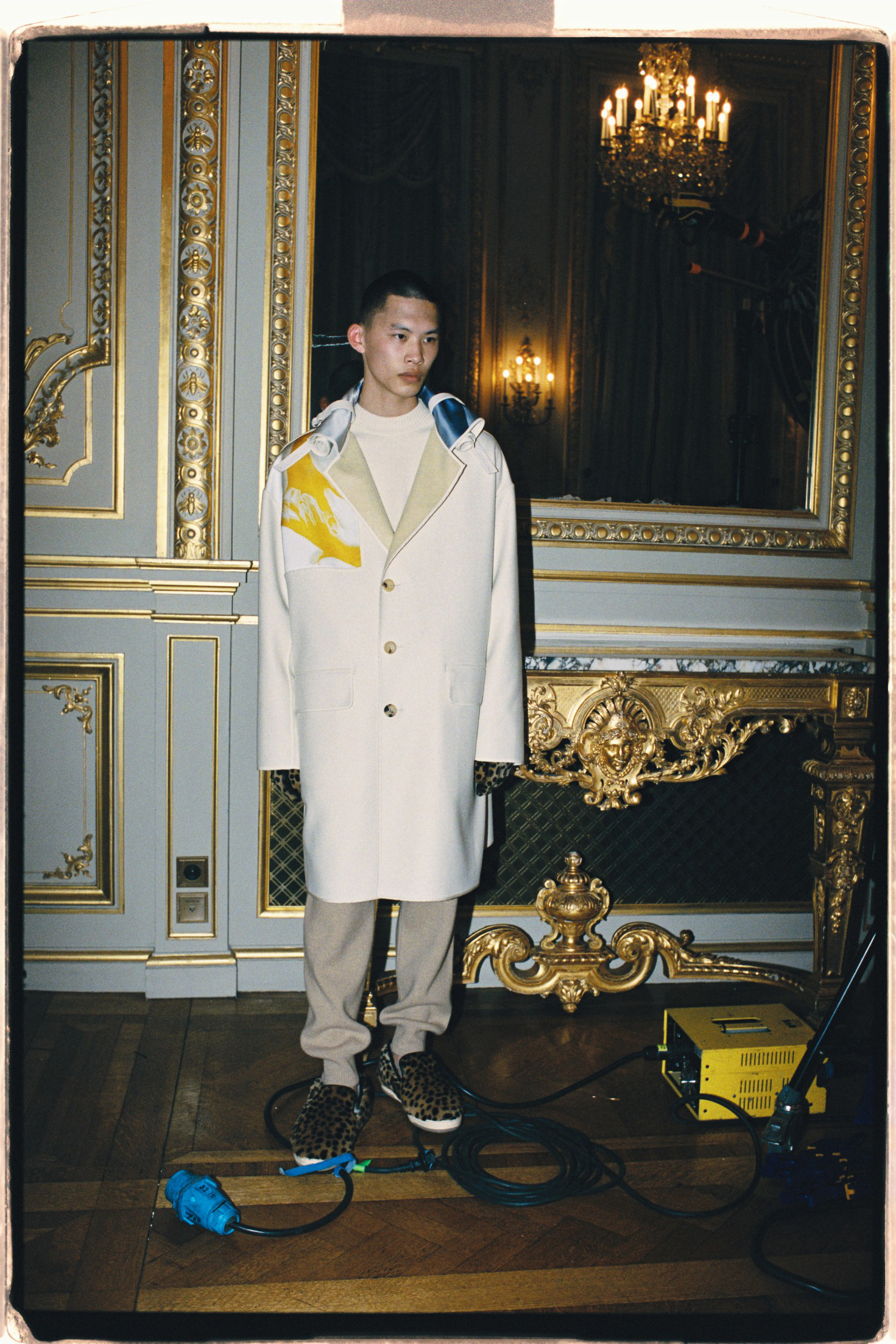 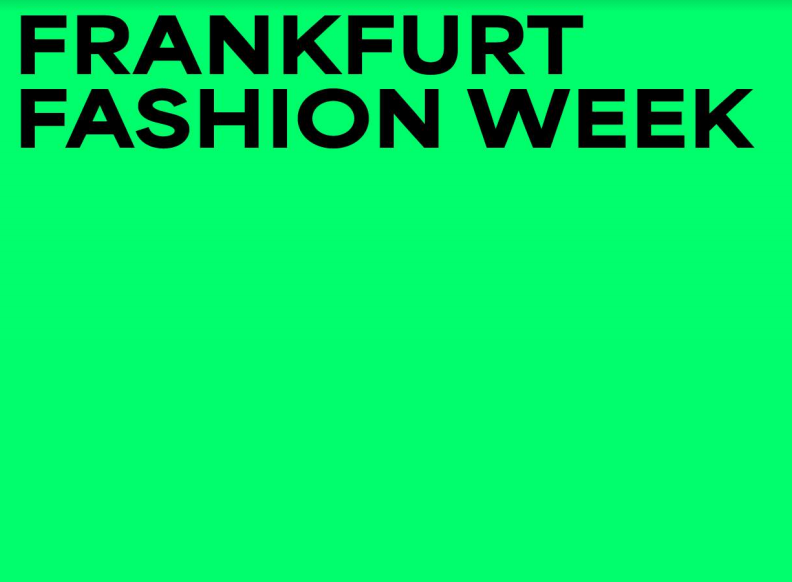 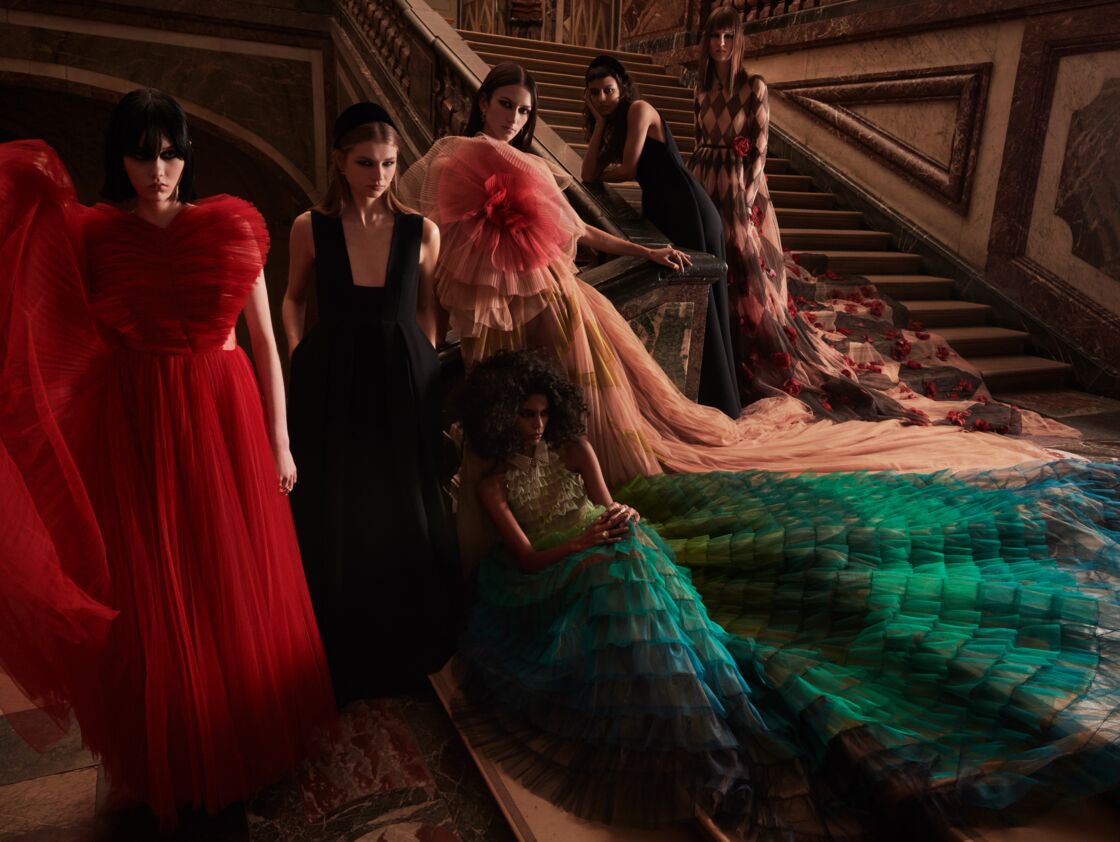 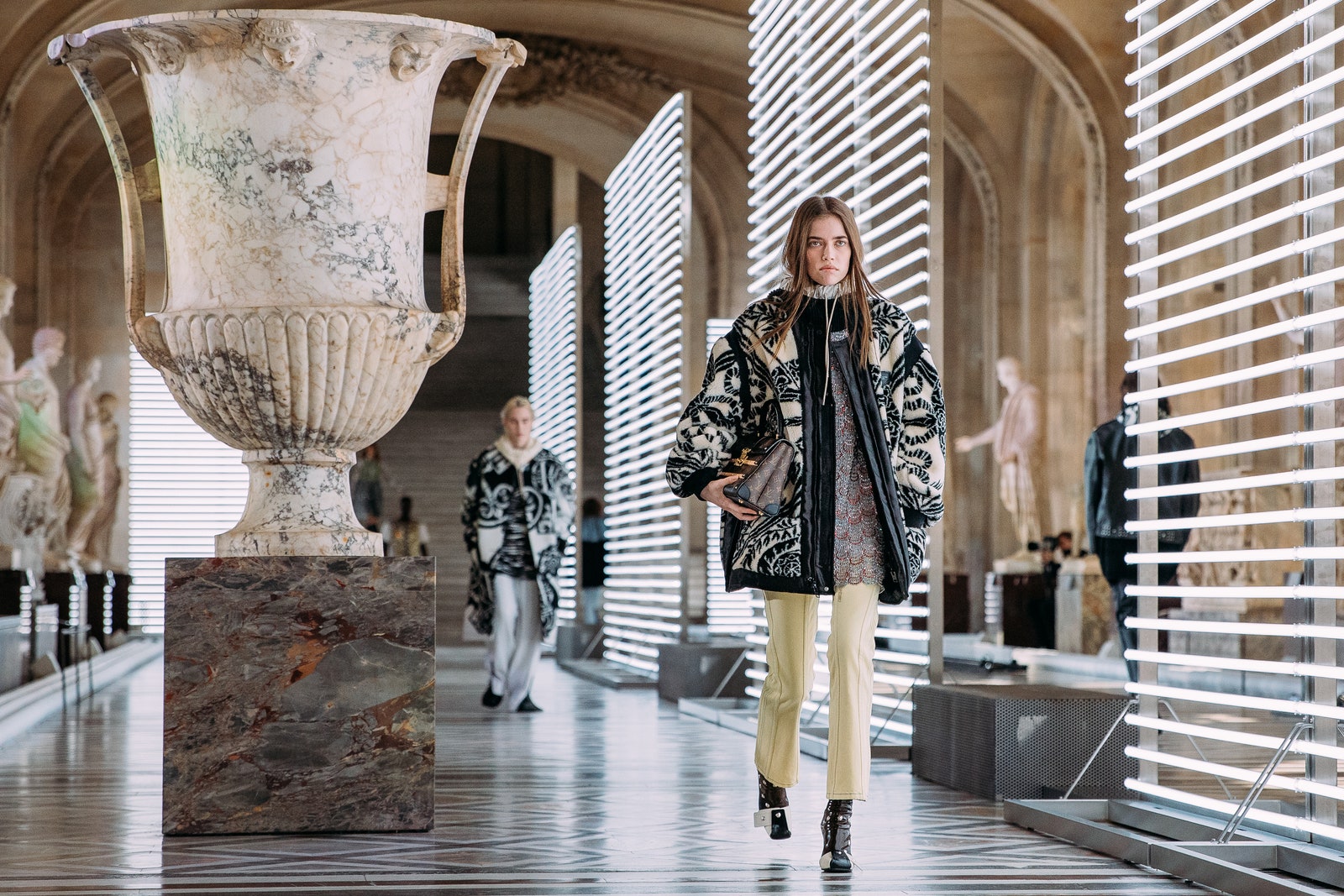