Fulfillment Center is the new single from avant-jazz collective Ghost Horse (expansion of the trio Hobby Horse), out today and taken from the new album Il Bene Comune to be released on June 3th, 2022 via HORA Records

l Bene Comune is the new album by the avant-jazz collective Ghost Horse, to be released on CD and 180g LP on June 3th, 2022 via HORA Records. Composed during Italy’s second Covid lockdown in the winter of 2020-21 through digital correspondence and face-to-face meetings, the underlying structure of this music hinges on shared familiarity with the basic modules, predominantly simple, repeating motifs. This simplicity allows for significant individual freedom for each member of the sextet (Dan Kinzelman on saxophones and bass clarinet, Filippo Vignato on trombone, Glauco Benedetti on tuba, euphonium, pocket trumpet and flugelhorn, Gabrio Baldacci on baritone guitar, Joe Rehmer on bass and Stefano Tamborrino on drums), however this freedom must be exercised responsibly in order to maintain balance within the greater structure and avoid total collapse or loss of the central message. Individual actions undertaken without due attention and consideration for the common good will cause unforeseen consequences, difficult to predict and manage.

Ghost Horse offers an unapologetically original brand of avant-jazz which may appeal to listeners of Fire! Orchestra, Sons Of Kemet, the Art Ensemble of Chicago and Makaya McCraven. According to the six musicians: „We think of jazz as an approach – a process exploration and generation rather than a fixed style or genre. We attempt to place musical cultures and languages in dialogue with one another, creating a space for risk and discovery. We share a desire to seek uncomfortable or unexpected solutions, questioning all elements in play, from the traditional roles of individual instruments and musicians to the influences and musical approaches explored„.

Ghost Horse is the expansion in sextet of collective trio Hobby Horse, formed in 2010 by Kinzelman, Rehmer and Tamborrino, which over the last decade has received worldwide recognition, at the forefront of a creative renewal of the Italian jazz scene. „Compared to Hobby Horse, Ghost Horse tends towards minimalism, groove, cyclical repetition of patterns. There is ample space for individual freedom, but this space is defined and created by a collective practice, a sonic ritual in which each of us must find a way to join forces for the common good„.

Sprouting from a rich humus of latin and african polyrhythms, Ghost Horse weaves a dark and mysterious ecosystem, digesting, decomposing and recombining elements of free jazz, hip hop, blues and loop music. The result is something fascinating but quietly menacing, pulsing and breathing with the visceral force of nature reclaiming abandoned structures. Il Bene Comune is the second studio album by Ghost Horse and follows the critically acclaimed debut album Trojan of 2019. After an understandably slow 2020, 2021 was a busy year which saw the birth of a collaborative project together with the American hip hop duo Kill The Vultures, followed by the release of Live at Area Sismica, a bootleg recording of their last gig before the pandemic.

Literally translated from Italian, Il Bene Comune means „the common good“. Ineffable and ambiguous, the term in itself offers no intrinsic clues as to what its application should entail. Participating in collective actions moved by this desire can be among the most rewarding experiences available to us as humans, but the very malleability of the term makes it a powerful tool to be used by the imaginative and the ambitious to further their own agendas. Those able to offer an appealing vision of the common good can shift mainstream ideas in such a way as to radically transform acceptable behaviours into taboo, and vice versa.

„Despite the rage conveyed by the first pieces in the tracklist, the narrative development of Il Bene Comune moves towards light, peace and serenity„. Beginning with the furious energy of the brand new single Fulfillment Center, available today May 5th, 2022 on all digital platforms, and the percussive violence of the first single Idea, the album gradually navigates toward calmer waters, passing through the surreal lament of Stand Stan and the raucous finale of Warsaw until we are drawn into the recursive loop of the final title track, a sort of musical fractal, composed of countless layers of the generative seed played at shifting tempos by each instrument. Here, each voice finds metaphorically its place in the choir: personal ambitions have been exhausted or forgotten, their fires quenched at last in quiet acceptance of the final, definitive union. 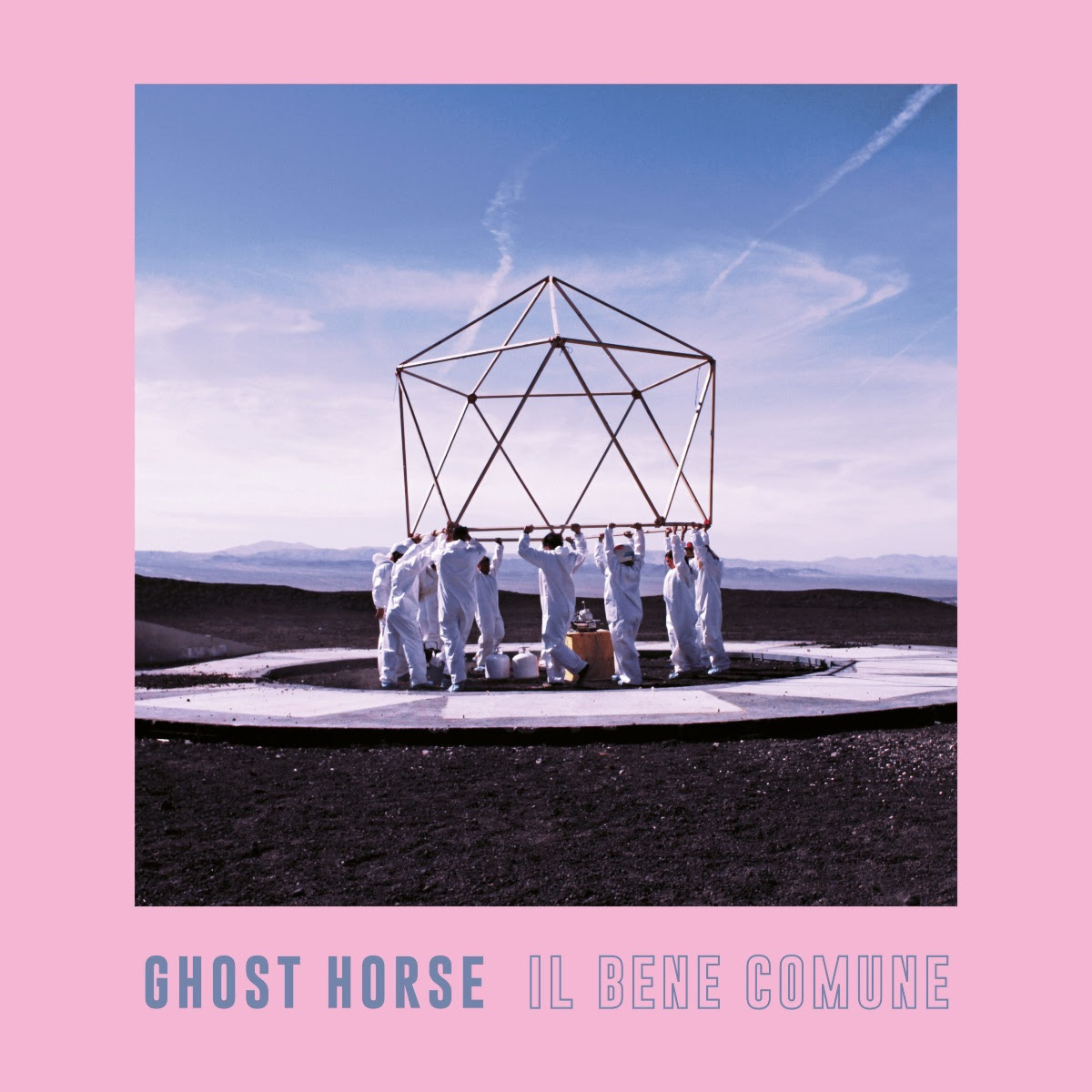