Giacomo D’Attorre – lead singer of Clever Square – has been through a lot of late. With his band, completed by Francesco Lima, Andrea Ferriani and Andrea Napolitano. In his personal life. Even just with the state of the world. You could say it’s getting old – he recently turned 30 – but it’s just life. It comes at you fast. “Crazy fast,” says D’Attorre. “I just don’t get it most of the time, but I guess we all feel like that in a way.”

This is the fire that fuels Clever Square’s new record Secret Alliance, to be released on April 29th, 2022 on Bronson Recordings, eleven tracks that explore feelings of frustration, disillusionment, and disconnection. They chronicle what it’s like to be swept along by a world that “gets noisier everyday”, and to lose sight of makes us who we are. They paint a picture of a very modern malaise – one that’s likely to strike a chord among many, and one that’s increasingly hard to escape.

Secret Alliance was inspired by a creeping realisation; of coming change, and a sense that D’Attorre was “losing contact with who I was before, for the good and the bad.” New needs and desires surfaced; old ones disappeared. It struck D’Attorre that even the very language he used to communicate with the wider world – and it to him – was changing virtually before his eyes. “Ominous,” is how he describes this revelation. “And alienating. But it’s also exciting – it forces you to start over and gives new meaning to life.”

Thus he began writing around ideas of rethinking yourself, and “acquiring a new conscience of mutation”. About always feeling out of place, and that crawling sense of dread it inspires. The darker realms of science fiction informed much of D’Attorre’s thinking here; “it just fitted so well with the mood,” he says. Philip K. Dick was an obvious touchpoint, but so too Ray Bradbury – the brand new single Mr. & Mrs. K, out on all digital platforms today March 18th, 2022 after the previous excerpts Kites From The Noodle Kingdom and Soccer Rules, was inspired by the beginning of The Martian Chronicles. “Mr. & Mrs. K is a song about a couple of aliens who, tired of the world they live in, decide to venture outside of it. It might happen at some point in life that you’ll find yourself in a ’safe area‘ and it’s not always a good idea to leave.”

The imagery D’Attorre conjures reflects this; foreboding vignettes abound. All of this is perfectly framed by Clever Square’s shuffling, quirky indie, and cute melodies. Soft and worn around the edges, like the perfect flannel shirt, there’s a gentle, shambling quality to the music; “blue collar”, D’Attorre calls it. Guitar lines gently bloom, Fender Rhodes organ is sprinkled throughout, and the acoustic strumming sounds easy and unhurried.

The music provides a stark contrast to some of the lyrical content, but also serves as the perfect frame; “I wanted the lyrics to be heard more this time,” says D’Attorre. “I wanted them to hit home.” His soft, understated delivery is never showy or domineering, simply placing the message front and centre; occasionally he detours into the upper registers, or quietens to just above a whisper. Even in the nosier moments his voice remains poised and restrained, letting the words do all the emotional heavy lifting.

“It’s a hymn to privacy, to the joys of secrecy, and solitude,” he says of Secret Alliance. That he wraps such heartfelt, profound topics in gloriously laid-back indie adds to the charm, and cements Clever Square’s status as one of Italy’s finest contemporary bands. The world might seem increasingly complex and be spinning ever faster, but Secret Allianceslows it down just enough to savour the scenery and think about charting a path back to something a little more manageable. 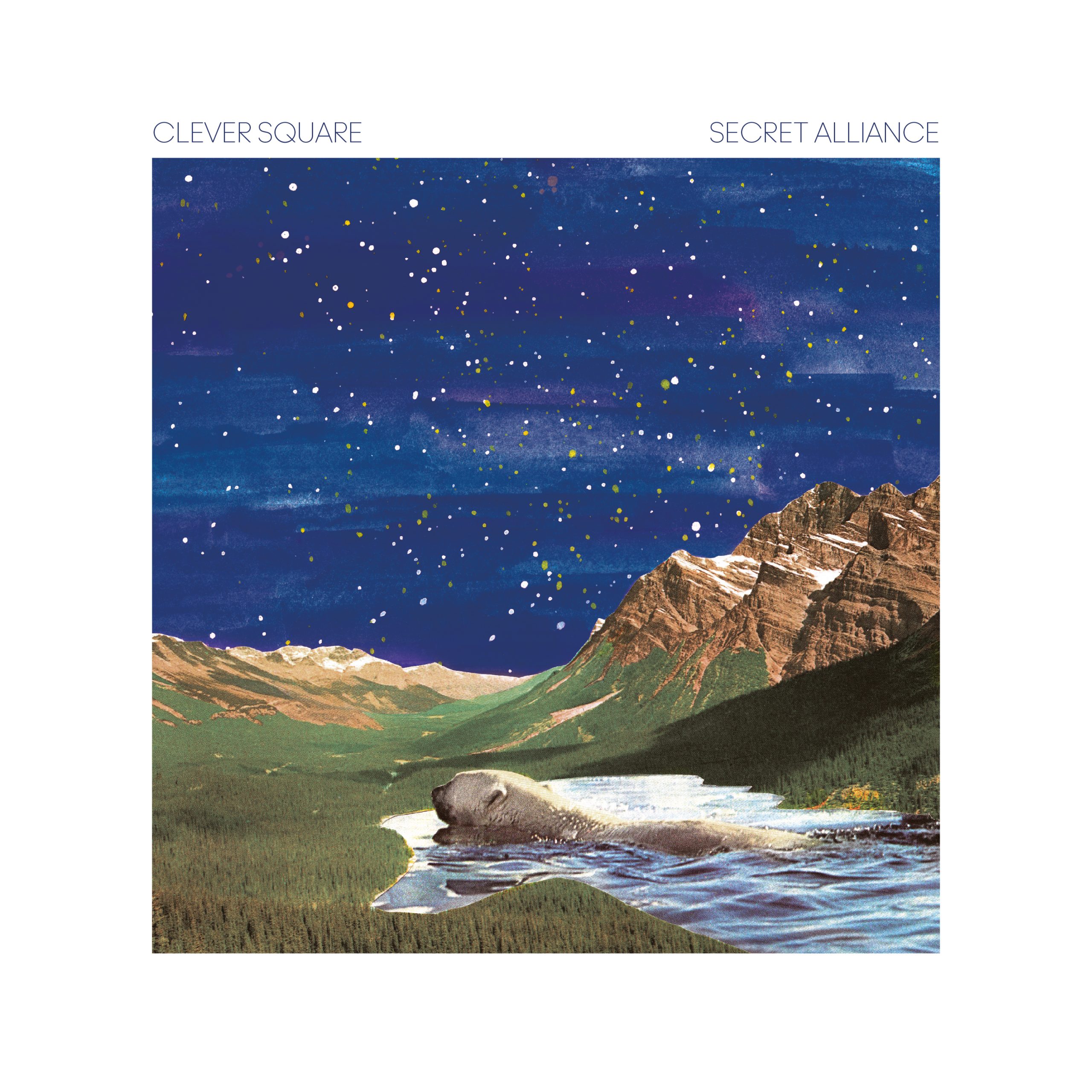