Post-rock trio Yesterday Will Be Great release new single Trees/Giant, taken from the album The Weather Is Fantastic to be released on April 8th, 2022 via Blooms Recordings

The world is falling apart, so much so that the future would often seem to be behind us. The Italian band Yesterday Will be Great goes on with the release of the first album The Weather Is Fantastic, recorded under the supervision of Nicola Manzan (Bologna Violenta, Ronin), to be released on CD and digital on April 8th, 2022 via Blooms Recordings. The title of the album fills a dystopian concept with irony: „Speaking of the weather, chatting, is typical of that superficiality that is destroying us, but of which we feel the need„.

Following last year’s excerpt The Diamond’s Issue and the previous single Little Blue Flower, transposition into music of the strength of a small flower that borns among the cracks in the concrete, the brand new single Trees/Giant is available on all digital platforms from today March 18th, 2022: a quiet walk in a wood suddenly becomes a spasmodic escape due to the sighting of a giant, which represents a misadventure, the meeting with the unknown, perceived as a danger because of our preconceptions.

Founded in 2017, Yesterday Will be Great – also known by the acronym YWBG – debuted with the EP Y in 2019, often playing live, even supporting international artists like Minami Deutsch. In the meantime, several things have changed, both in the sound and in the band’s line-up. The Weather Is Fantastic took shape in the second half of 2021, mainly from improvisation, and was oriented for the first time to a full instrumental but no less communicative work. The dialogue between the instruments flows without the word filter. „Instrumental music exists in a deeper and probably less immediate dimension, and what we were interested in was to move away from any scheme and immerse ourselves in more intimate feelings. Less is more„.

The guiding light is a post-rock background, with elective affinities such as Mogwai or Sigur Rós. However, there are no stylistic boundaries and there are instead many different influences, from psychedelia to alt-rock, from shoegaze to ambient music. At the same time, there is a somewhat proudly do it yourself attitude, confirmed by the recording sessions held almost entirely live at the PMS Studio in Ravenna, without editing the imperfections. „We freed ourselves from any coldness in favor of greater humanity. The idea of ​​the live recordings was provided to us by Manzan and convinced us so much that we later decided to do very little post-production and leave the possible dirt of the tracks: listen to our imperfections„. So, the music of the trio reveals purity, warmth and minimalism, cinematic suggestion and rampage. „We are what we play. It’s our energy„.

Yesterday Will be Great are always led by deus ex machina Simone Ricci on the visionary guitars (ex Kisses From Mars and already active with the solo project The Nude, as well as artistic co-producer of the label Blooms Recordings), and completed by Daniele Mambelli, powerful and versatile on drums, and by the experienced new entry Giuseppe De Domenico on bass. Among the sources of inspiration, for the three musicians, there are Fight Club and Kubrick’s movies, books by Bukowski, Richler and Eugenides, landscapes by Hopper, Monet and Van Gogh, as well as photography. The melancholy and enigmatic pic on the album cover, taken by Ricci himself, represents the lack of something: why is that chair there, and who is missing to sit on it? Maybe it will be possible to find out, or imagine it, by listening to The Weather Is Fantastic. 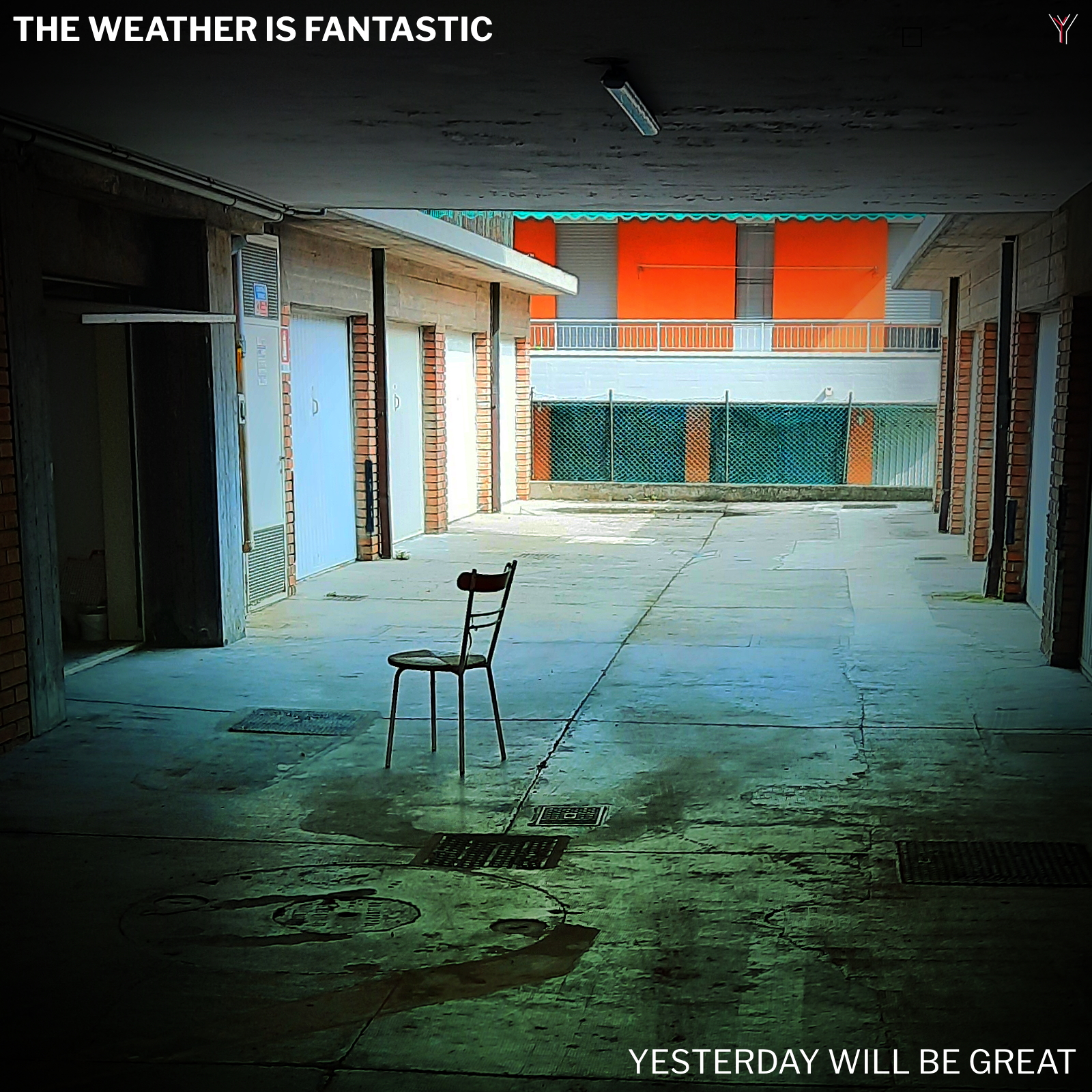