Julie goes to great lengths to raise her two children in the countryside while keeping her job in a Parisian luxury hotel. When she finally gets a job interview for a position she had long been hoping for, a national strike breaks out, paralyzing the public transport system. The fragile balance that Julie has established is jeopardized. Julie then sets off on a frantic race against time, at the risk of faltering.

Full Time begins with a noise, your leading character Julie’s breathing, as she sleeps…

The idea was to reveal the character gradually, from an intimate perspective, in a macroscopic, sensory manner, with this deep breathing that enwraps us, letting us know that we will be right by her side the entire film. Extremely close to her breathing, to the very grain of her skin. Also, it is a moment of calm before the storm. Indeed, Full Time is like a long forward thrust and the first scene precedes the constant motion that ensues. We’re pretty much in the only point in time when Julie is at rest, in that single and transient moment when she can recharge her batteries. Afterwards, there will no longer be any respite for her.

Through the lens of this woman, alone with her children, | raise the question of the rhythm of our lives and our daily struggles. Just like Julie, | live in the country. | wanted to speak about my neighbors, about the people | see on the train every day who gamble on living far from the capital to have a better quality of life. It’s a difficult balance to strike and not everyone manages to find the way to make it work.

Did you write Full Time specifically with Laure Calamy in mind?

While | was writing the screenplay, | didn’t have a specific actress in mind. But when | started thinking of possible choices, Laure immediately seemed to be the perfect fit. She is an outstanding actress, her acting range is unbelievably wide; whether it’s a tragic or comedic register, she excels. The spark Laure always instils in her roles brought a balance to Julie, keeping the character’s bright composure in spite of the difficult spell she is going through. The fact is that we know very little about this woman’s life, except that she is in the moment, yet relentlessiy thinking of how to make things work from one day to the next.
Also, Laure is an actress and a woman who is full of life, which made it interesting for me to put her in the shoes of this woman who is going through a rather chaotic chapter in her life, that Americans would sum up in the expression “the perfect storm” — meaning when you run into every possible and conceivable problem at once and you have to find ways to solve everything.

| wanted my leading character to have a job that is physical; | wanted Julie to be in service, a form of employment where things never stop, even when you have a national strike. And then, | was also interested in the idea of repetitiveness in everyday life, having to repeat the same gestures endlessiy at work and at home, as though caught in perpetual motion. This job allows me to show the extent to which Julie is attached to performance and perfection. The position of head chambermaid in a luxury hotel is not simple. There are specific skills and knowledge involved, precise tasks and gestures, and codes one needs to abide by. The result must be perfect, their work flawless. While we were preparing for the film, Laure and a few other actresses joined a housekeeping training session with real room attendants, who explained and described the gestures step by step. | remember a practical demonstration during which they made a bed perfectly in a matter of minutes and we applauded them. It was like watching a choreography. And these women were passionate about a job well done.

The social context in which your film is set is essential…

Yes, Full Time takes place during a massive nation- wide strike that spreads through all sectors of activity. Everything starts breaking down everywhere – in the image of what is happening to my leading character.
| wanted the individual and collective struggles to follow parallel courses for us to gradually understand that they are connected, that they tell the same story, that one is the consequence of the other. Julie is stuck in a societal blind spot. She belongs to a category of workers who are the most vulnerable, for whom going on strike or having any form of representation is pretty much impossible. | remembered how, during the strike in Paris in 1995, l’d been very impressed with the way people who lived in and out of Paris showed great solidarity and found ways to function differently in their urban environment — walking, hitchhiking, helping one another. | wanted to show this atmosphere mixing daily struggles and great solidarity. As chance would have it, while | was writing the screenplay, the yellow vests protests began. In the region of Sens, in Burgundy, where | live, | saw the first few roundabouts being occupied. | could feel that things weren’t right and that their movement made sense – and this movement included a lot of women who were single mothers and had no official, organized representation. | wasn’t surprised to see them there.

In the way you filmed and directed, you are always extremely close to your main character…

| wanted the camerawork to be lively, detecting her every movement, dashing and dodging, rendering her frame of mind. | wanted to be with her as though it were an action film, as close to her as possible, with great freedom of movement, from the smoothest to the bumpiest, whether in tracking shots or zooming in and out. | often restricted the field of vision to her.
This way, everything that surrounded her became off screen sensory matter. | also used long focal length lenses quite a bit, especially when she is in the streets. lt was a simple means to add density to the city, and make Paris more anxiety-inducing. For this is how Julie feels about being in town, instantly receiving its full- blown violence every time she steps off the train. This also explains why she wishes for another life for her children. She wants to maintain, regardless of the cost for her, her safe harbor in a more peaceful territory where the prevalent rhythm is less dehumanized. | wanted the viewers to understand that without judging her.

Paris is filmed in a rather unusual way, sharp and……

In truth, the urban surroundings | filmed aren’t typically Paris, and could have been any other large city. | drew my inspiration from the way New York was filmed in certain 1970s movies. Paris hues are in orangish-gray tones, while my decision was to make them colder and cruder, as this corresponds well with the state of mind Julie is in the minute she sets foot in this hostile territory. | also used this visual approach in the sequences that take place in the luxury hotel. At first, | meant to use a wider variety of colors, changing from one room to the next, but the cold tones ended up imposing themselves here as well. It was a way of shifting the perception of this place, which should be warm and cozy, to show it from the perspective of those who work there.

She’s a warrior. For her every means is acceptable, which sometimes includes small arrangements with the truth. Julie is an everyday heroine and | wanted to show all of her facets. We see her with her children, her colleagues, her friends, in her job interview. Each time, she isn’t quite the same woman and it is the sum of these women which tells us who she is. She has her own shortcomings, can be her own worst enemy, and can be tenacious to the point of obstinacy. She is both strong and fallible. As an actress, Laure is highly physical, and you can feel her stage experience in the way she occupies the space. We constantly worked together on the rhythm of her movement but we didn’t limit ourselves to that as the rhythm of the film encompassed more than that. In fact, the film includes a lot ofscenes, and the editing involves a lot of ellipses, so the energy and the psychology of the character had to remain consistent between sequences. Because of the messes she has to deal with, Julie must constantly be one step ahead, planning for the future; just like a chess player, she is always several moves ahead.

Eric Gravel is a French Canadian screenwriter and director living in France for the past 20 years. He made many short films within the international film movement Kino before making his feature film debut in 2017 with the 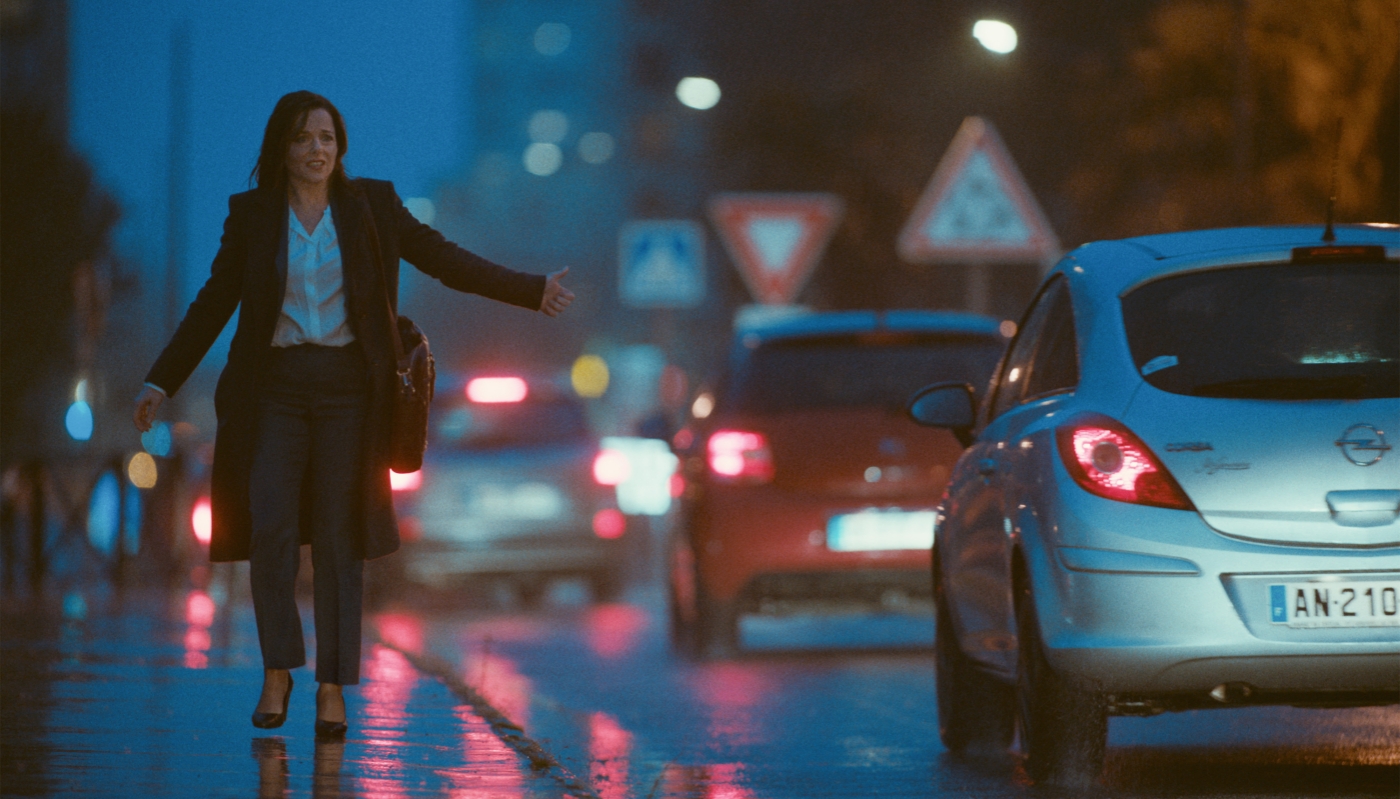 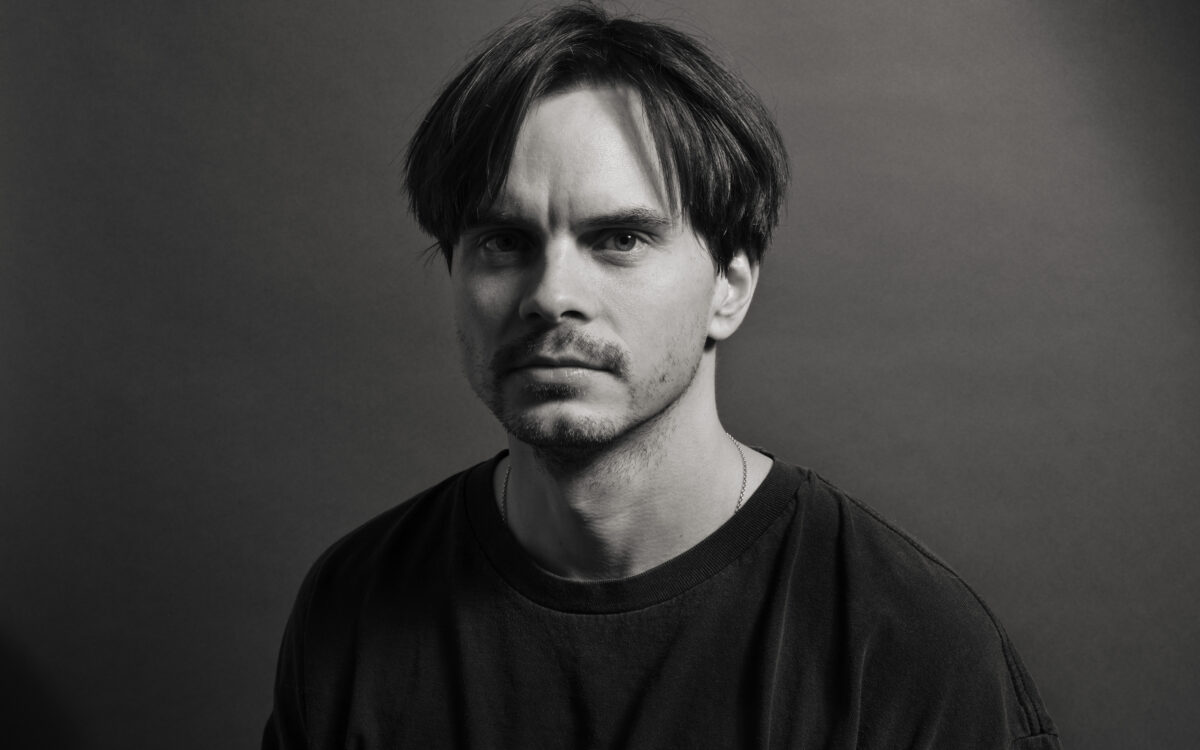 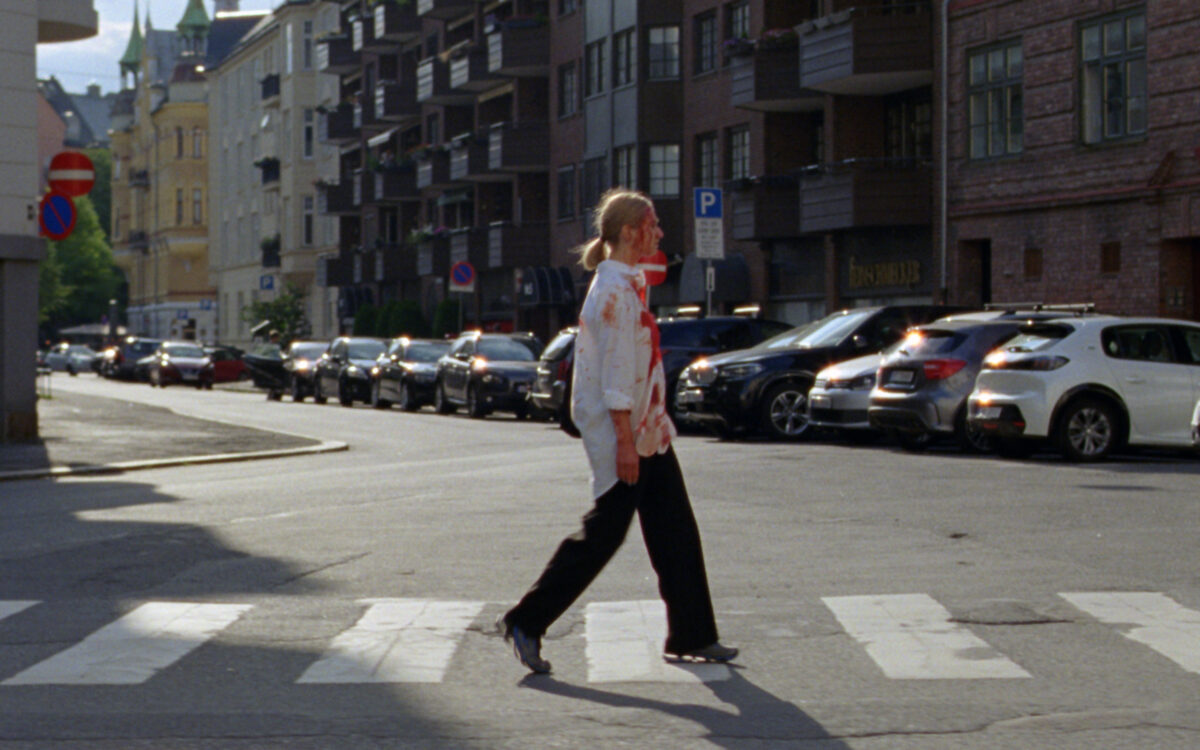