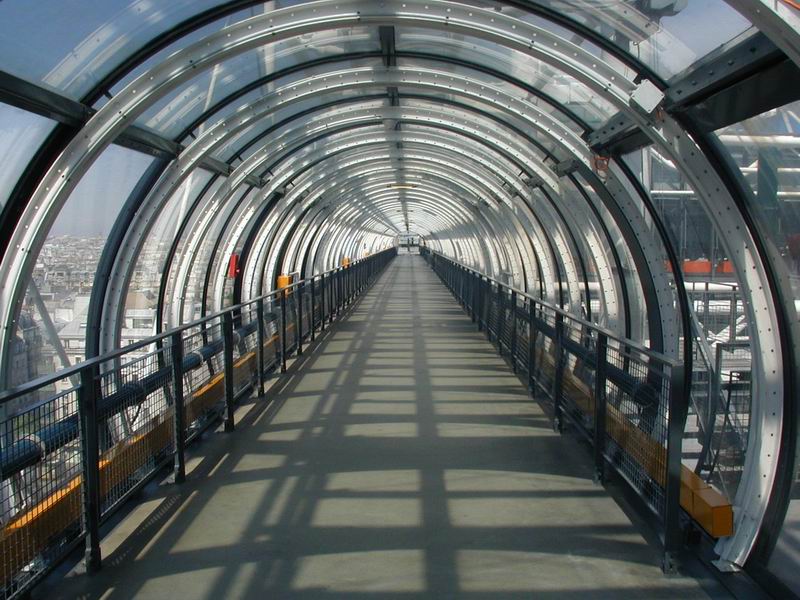 In 2017, the Centre Pompidou is celebrating its 40th anniversary throughout France.
To share the celebration with a wider audience, it will be presenting a completely new  programme of exhibitions, outstanding loans and various events throughout the year.
Exhibitions, shows, concerts and meetings will be staged in 40 French cities in partnership with museums, contemporary art centres, performance halls, a festival, a key player in France’s cultural and artistic fabric and many more.
From late 2016 to early 2018, in 40 cities including Grenoble, Lille, Le Francois in Martinique, Saint-Yrieix-la-Perche, Chambord, Cajarc and Nice, everyone will be encouraged to experience and share the originality of the Centre Pompidou, from an event lasting an evening to an exhibition running for six months, with a combination of exhibitions, concerts, theatre/dance performances and talks.

THREE QUESTIONS TO SERGE LASVIGNES, PRESIDENT OF THE CENTRE POMPIDOU

WHY CELEBRATE THIS 40TH ANNIVERSARY–WHAT IS ITS SIGNIFICANCE?

40 is the age of mastery and action: a splendid age, because it means being truly open to what is going on, and being able to share the experience and strength acquired. The Centre Pompidou has built up one of the largest collections of modern and contemporary art in the world, presented 325 exhibitions, and organised
performances, conferences, debates and festivals. With this anniversary, I was not aiming for a self-celebration, but to make it a decentralised event – a festival of artistic creation throughout France, with all the institutions that are our friends and share our ambitions, and make up France’s extraordinarily precious cultural network.
This shared anniversary is a way of reaching out, not only to those who have always loved and helped the Centre Pompidou, but to new audiences as well.

WHAT ARE SOME OF THE ICONIC PROJECTS OF THIS “DECENTRALISED” ANNIVERSARY?
The originality of the Centre Pompidou’s 40th anniversary lies in the wide range of events presented to the public throughout France, in partnership with museums, art centres, festivals and performance halls. There is something for everyone: the visual arts, architecture, design, dance, contemporary music, theatre and
performance. Audiences have plenty to choose from!
The spirit of the 40th anniversary is to encourage people to discover or rediscover the wealth and diversity of the Centre Pompidou collections and the many different facets of art today, through collaborations with regional cultural institutions. For example, the Musée des Beaux-Arts in Rennes wanted to exhibit Belgian video artist
David Claerbout’s installation “Bordeaux Piece”, a 13-hour work that has never been shown in France. Other exhibitions based on the collection will take a fresh look at various periods in art history: post-war abstraction in Paris (“Le geste et la matière” at the Fondation Clément in Martinique); megastructures – an architectural
concept illustrated by the architecture of the Centre Pompidou, designed by Richard Rogers and Renzo Piano (“Mégastructures” at the Lieu Unique in Nantes); the Colourists, a movement little-known to most people, halfway between design and architecture, of which the Centre Pompidou has a large collection (“Eloge de la
couleur” at La Piscine in Roubaix), and the perception of colour in ceramics (“L’expérience de la couleur” at the Cité de la Céramique in Sèvres). This programme will activate France’s artistic network in every region, from the Eli Lotar retrospective at the Jeu de Paume to the one dedicated to Claude Closky at the Centre des Livres
d’Artistes in Saint-Yrieix-la-Perche.
Lastly, with performing arts, the anniversary focuses on the historic links with various locations and the support given to artists. For example, the choreographer Alain Buffard, who is no longer with us, was supported
throughout his career by the Centre Pompidou, Les Subsistances in Lyon and the Théâtre de Nîmes. 2017 will therefore be an opportunity to revive one of his creations in partnership with these two institutions. Fanny de Chaillé, who works with theatre, dance and performance alike, is presenting her third creation at the Centre
Pompidou, and in Bordeaux, Montpellier and Toulouse. It’s also important to use the anniversary as an occasion to write new chapters of history, and forge relationships with emerging artists, like the dancers and choreographers I-Fang Lin and Volmir Cordeiro.

AND IN 40 YEARS’ TIME, HOW DO YOU SEE THE CENTRE POMPIDOU DEVELOPING–WHAT ARE THE CHALLENGES AWAITING IT?

Forty years is too far ahead. We need to meet the challenges here and now, and be able to grasp new forms of modernity. It’s a polycentric world, where we need to explore the new art scenes that are developing, and play our part as well. There are new creative approaches, building endless bridges between art, science and technology.
Audiences presented with a many-faceted offer have new expectations, and now seek a more individualised, participatory relationship. We have a burning obligation to move closer to the “other public”–people who do not come spontaneously, who are intimidated by contemporary art. And more generally, we must try not to lose any of the Centre Pompidou’s originality or ability to surprise and move people, while giving them keys to understanding art, and dialoguing with audiences so that we can write the history of modernity together. Lastly, the Centre needs to remain a subtle sensor of an art in a constant state of reinvention, with all its visual, musical and choreographic aspects

The first of a new generation of cultural establishments, the Centre Pompidou was devoted by its founder to modern and contemporary creation, at the crossroads of disciplines: “A cultural centre that is simultaneously a museum and a centre for creation, where the visual arts rub shoulders with music, films, books, and so on.” The underlying idea was that a society is more alert, capable of questioning itself and innovating if it is open to the art of its time.
Forty years on, the Centre Pompidou has become a major cultural player within and outside France. It brings together a collection of over 100,000 works, a public reading library (the BPI), auditoriums for films and shows, the Institute for Acoustics and Music Research and Coordination (IRCAM), and areas for educational activities
under one roof. It presents some twenty-five temporary exhibitions each year. Both an internationally recognised reference and a place of forward thinking, it is also a popular venue that tirelessly seeks to broaden its audiences through its programme and projects. Its revolutionary building has become an icon of 20th-century architecture and
the embodiment of a particular spirit. It is eminently accessible to the city and its visitors; every type of artistic expression is found within it, transcending barriers and hierarchies between the arts, and constantly stimulating curiosity. In forty years, it has welcomed, surprised, charmed, provoked, questioned and moved over 100 million
visitors.
At the crossroads of different disciplines, the programme for this 40th anniversary illustrates the Centre Pompidou’s commitment to cultural institutions in the regions outside of Paris–essential players in the dissemination and development of art in our time. This network of partnerships throughout the country is
characterised by its diversity: museums, art centres, monuments, festivals and show venues with which Centre Pompidou has built up relationships of trust over the years, and which share the same feeling for contemporary creation.
The Centre Pompidou is marking this anniversary by assisting its partners’ initiatives with exceptional loans of works and co-productions. The 50 exhibitions highlight every section of the Musée National d’Art Moderne’s collections. Some of the events have been scientifically co-devised with one of the Centre Pompidou’s curators.
Long-term friendships and new partnerships are both in the spotlight when it comes to the live shows. The shows on offer, which form the core of the anniversary calendar, are either part of partners’ and the Centre Pompidou’s annual programmes, or specific creative moments in the form of festivals (including the “Actoral” festival, the
“Latitudes contemporaines” festival, and the “DañsFabrik” festival with Le Quartz). From Arles to Metz, Brest, Armentières and Nantes, the Centre Pompidou and its partners thus support artists, whether they are companies that have already appeared several times at the Centre Pompidou or burgeoning talents.