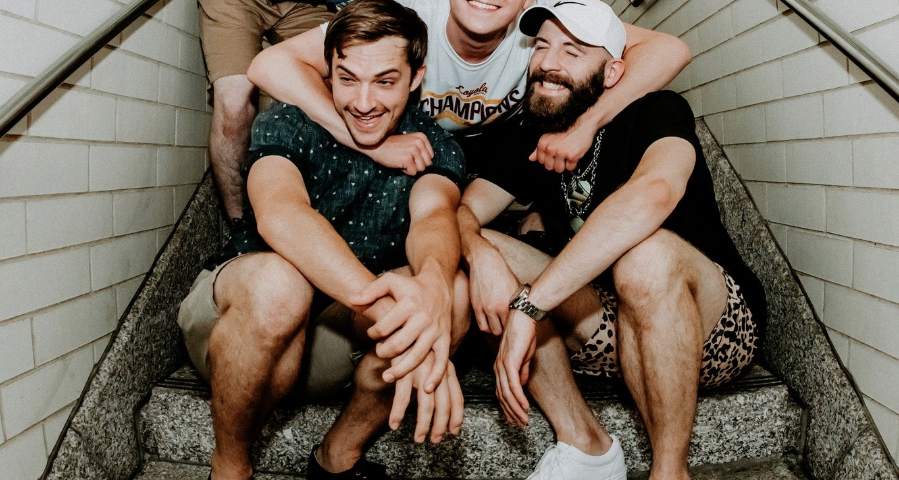 Wolf Rd (“wolf road”) is a rock band from Chicago, Illinois that combines an eclectic mix of influences to create a sound that is catchy and accessible, yet refreshingly unique.

The group’s diverse sonic spectrum ranges from pop-punk party bangers with anthemic emo hooks to electronic dance synths, monstrous guitar riffs, and breakdowns that will have you throwing hands in the mosh pit. Wolf Rd’s gripping live performances have received critical acclaim from both peers and industry executives thanks to the group’s high energy stage presence and engaging crowd participation.

The band has just dropped a new single „Way Down“ along with a companion music video.

Stream the single on DSPs: https://distrokid.com/hyperfollow/wolfrd/way-down

“Way Down is about picking up the pieces after you’ve had your heart broken,” says Wolf Rd frontman Chris Hoffmann.

“I wanted to move on so badly, but with social media it’s too easy to see what people are up to. There’s a line in the chorus that totally sums up the song to me: ‘Life goes on and you’ve never been better’ … I knew it was hurting me seeing Snapchat and IG stories and posts from someone I wanted to be with – seemingly having a great time without me – but I couldn’t pull myself away. It’s like the tiny dopamine hit you get from seeing that person’s face outweighs how sh*tty you feel when you remember they don’t feel the same way about you.”

However, Hoffmann insists the song is not dismal: “Way Down is fast and dancey and energetic because it’s not about staying down when you feel bad – it’s a song about pulling yourself up, putting yourself back out there, and being determined not to let your past or other peoples’ opinions determine how you’re going to live your life. Goodbye, and good riddance.”

Wolf Rd will celebrate the release of the new single by headlining a show this Friday, June 17 at Chicago’s Bottom Lounge. See info/ticket link below.

Watch out for more new music from Wolf Rd in the weeks and months ahead.