„Ahead of their joint album, music collective Simon and the Astronauts link with That Dog’s Rachel Haden for a love song about capturing the first time falling in love with the historic city of London.“ – Hollywood Life

„I Do“ sounds like early That Dog. An insanely gorgeous power ballad, slowly builds in instrumentation, eventually swelling into an epic complete with one of the greatest 90’s style guitar solos done this century. It’s all a mix of gorgeous harmonies and would have been the closing song on your favorite album from 1996.“- If It’s Too Loud

„It’s an widescreen of an epic.“- Gigwise

„…a song that grabs you right away, keeping you glued to their sophisticated arrangements while they deliver a message about what we need to do to be true to ourselves- and our fellow humans.“

UK based writing / recording collective Simon and The Astronauts have joined with acclaimed US musician Rachel Haden (The Haden Triplets, Jimmy Eat World, Weezer, The Rentals, Todd Rundgren, Hadestown) for their second full-length, self-titled album due out April 22 via Ring Records.

A new single „Lost In London“ is out today and streaming on Spotify here: https://open.spotify.com/track/39fVzQ7QXuAL6Chqy3im9j?si=fbd8b1543d274f8c.

Beginning life as a collaboration between songwriters Simon Wells and Ben Hewerdine with producer and musician Chris Pepper following their introduction by Ben’s father and Simon’s mentor, the acclaimed English songwriter and record producer Boo Hewerdine, ‘Simon and The Astronauts’ have already been creating music together for a number of years. The trio, along with an impressive list of collaborators, released their debut EP ‘The Entertainment Suite’ in 2019, quickly followed by their debut, self-titled album later that year, spawning the unlikely viral TikTok hit ‘I’m Just A Cat.’

As the trio set about recording their second full-length album, they decided their group was missing something crucial and after some soul-searching reached out with what they thought was a shot-in-the-dark request to a musician and singer they hugely admired – Rachel Haden.

Haden, a founding member of That Dog and The Haden Triplets, respected solo artist and collaborator of artists including Jimmy Eat World, Weezer, Anais Mitchell, Todd Rundgren and many others, reacted positively to the pitch from the guys in the UK, who promptly set about writing an album of songs with Haden and her iconic voice in mind.

Working remotely between Pepper’s studio in Cambridge and Haden’s base in LA, the group began their international collaboration, writing and recording this fantastic collection of 12 new songs. An ambitious and sonically varied record, this new album effortlessly shifts from the classic alt-rock of ‘I Have A Name’ to the gorgeous balladry of ‘Lost In London’ all the way to the crushing guitars and cinematic atmospherics of the first single ‘10 League Boots’

Featuring additional contributions from LA studios Sea Grass Studios & Spirit Kid Sound, as well as English musician Boo Hewerdine, Swedish multi-instrumentalist Gustaf Ljunggren, lyrics inspired by Haden’s Jazz legend father Charlie Haden and the blessing of Weezer frontman Rivers Cuomo to interpolate their song ‘Surf Wax America’ – the album is a tribute to the possibilities of the global sharing of ideas. Each track bouncing between countries and continents, heading to its next destination richer and more developed – ‘Simon and The Astronauts’ is an unlikely cast of characters hailing from a wide variety of musical backgrounds and traditions – and all the better for it.

‘Simon and The Astronauts’ will be released via the band’s own imprint on 22nd April 2022 with the possibility of summer tour dates on the horizon.

Simon Wells said: „The album has always been a pleasure for me. They can be a mystery that can start with the name of the band, a track on the radio or just the artwork. ‚Dark Side Of The Moon‘ is an obvious example for me. Or ‚Kid A‘ or ‚Universal Human‘ by Weezer. For this recording, I wanted to capture the album mystery and for everyone involved to be part of the ride. It had to be about playing side A and turning the vinyl to hear the rest of the album and finish the journey/story. This all begins with the songwriting process through to the mixing and mastering. People always make the difference and the joy from hearing Rachel sing with such emotion made the songs complete.” 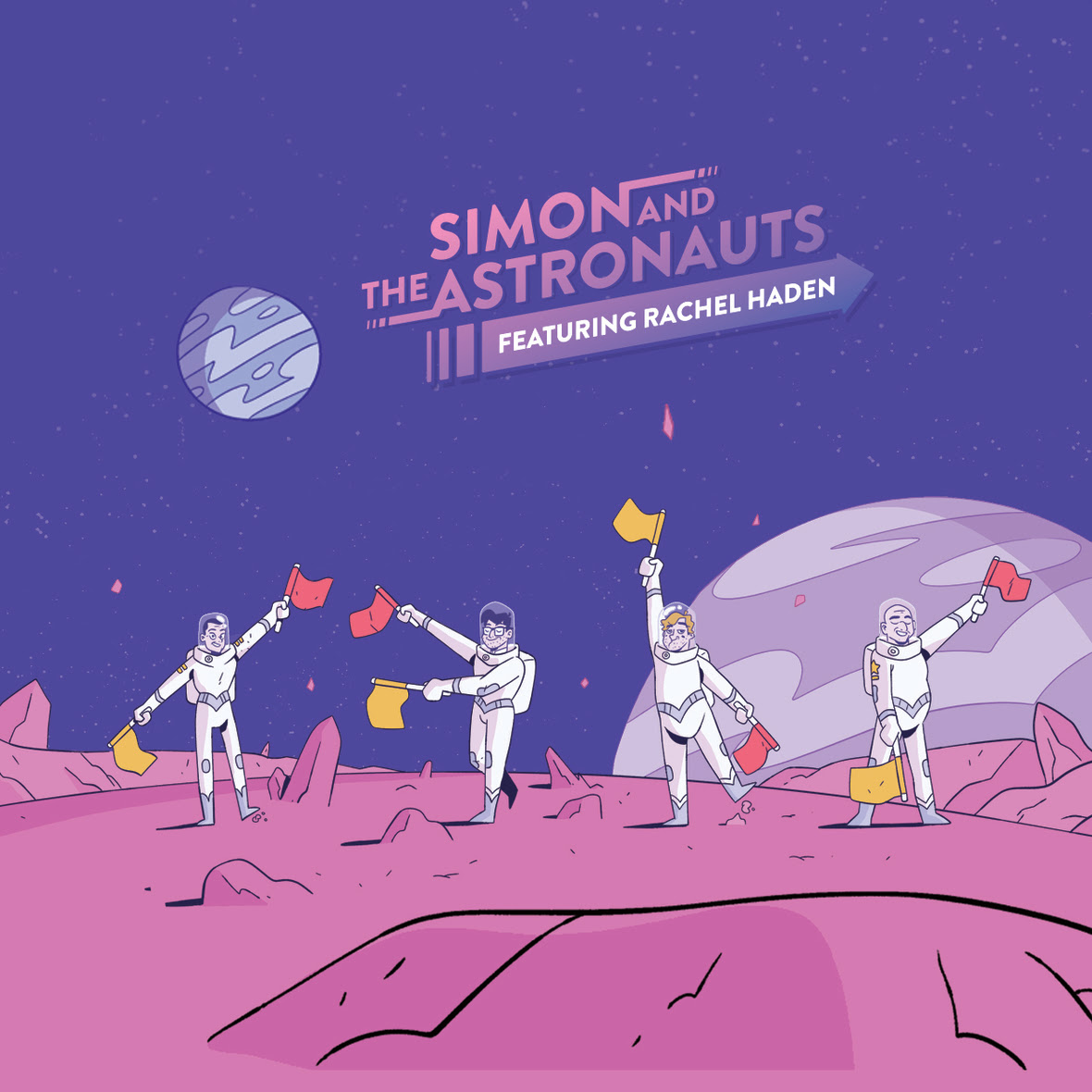