God Of The Basement - Photo by Rebecca Lena

TUM is a blow to the stomach, and is the pounding bass sound. TUM is also the new single by the heavy pop band God Of The Basement, out today May 13th, 2022 on all digital platforms via the independent label Stock-a Production, along with the B-side 78N [Banana Mix].

TUM strikes with its almost diabolical simplicity. The sounds, inspired by Caribbean and dub music, contrast with nihilistic lyrics, about the groundlessness of our beliefs, reflecting our controversial lives, as if we were the main characters of a grotesque horror movie shot in black and white, where everything is destined to become ashes. „TUM could be the abbreviation of the Latin expression Terribilis Ut Melodia, as it inspires terror like a creepy melody that gradually creeps under the skin, until it takes possession of the listener„.

TUM follows the second album by God Of The Basement, Bobby Is Dead, dating back to the summer of 2021 and led by the singles Six Six Cigarettes and Never Made It To Hollywood. 78N [Banana Mix] is the remix of another track contained in the album, Seven Eight Night. Bobby Is Dead is a record by a modern rock band, structured in an anti-classical way, alternating radio friendly episodes and narrative interludes. It is no coincidence that the Italian band indicates artists devoted to contamination such as Gorillaz as main influences.

God Of The Basement, often abbreviated with the acronym GOTB, is a project born in a basement in the East End of London from the minds of Tommaso Tiranno (vocals) and Enrico Giannini (guitar and sampling), then formed in Florence thanks to the arrival of Rebecca Lena (bass and visual art) and Alessio Giusti (drums). Their explosive mix of sound and image moves between grooves and old school samples, catchy and soulful melodies, electric riff and hip hop deviations. All of this is fused together with an aesthetic that combines surreal visions and pop culture,  diving in urban atmospheres that are as contemporary as retro-futuristic. 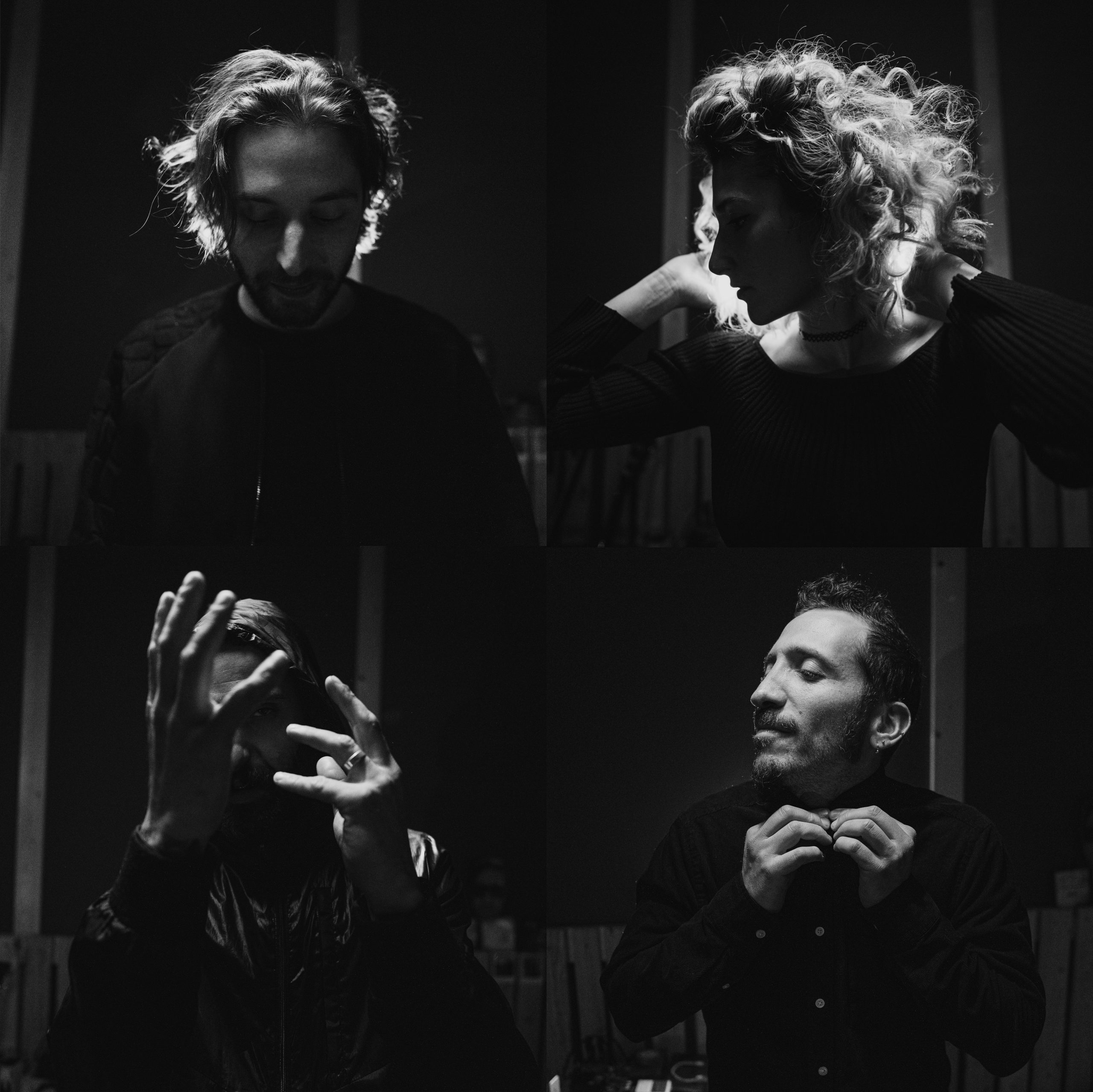 God Of The Basement – Photo by Rebecca Lena