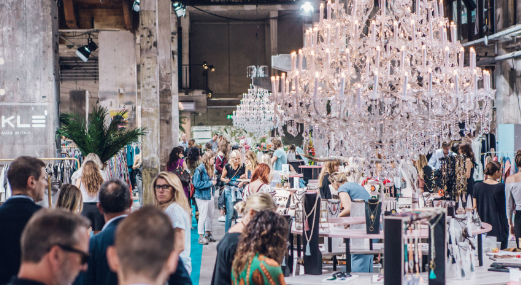 Featuring around 1,800 brands, 81% of which come from outside Germany, as well as a large number of new brands that constitute up to 30% of the portfolios, the PREMIUM GROUP offered a visionary snapshot of the international fashion market at each of its platforms – PREMIUM, SHOW&ORDER AT KRAFTWERK BERLIN, SEEK, BRIGHT and #FASHIONTECH – spread over a total of 51,000 square metres.

With their redefined trend topics and innovative concepts the PREMIUM GROUP shows have positioned themselves as Points of Experience. The focus lies on creating platforms that, by staging relevant content and presenting innovative concepts, will spark inspiration and stimulus and promote reciprocal exchange and transfer of knowledge.

The conceptualisation of SHOW&ORDER AT KRAFTWERK BERLIN as an experiential concept store with the 15LOOKS Trend Show and the Versace exhibition, the many community events at SEEK and BRIGHT, as well as the food trends staged at all the shows, offer the industry immense potential for idea generation. For its 2,000 guests, the exhibitor party at Katerblau, formerly the legendary Bar25, was one of the many event highlights that the PREMIUM GROUP put on for its clients.

The organisation and customer journey for all the shows, thanks to services such as the extensive shuttle network and the joint ticketing service, which made it easy for clients to visit all the shows, came in for particular praise from those in the industry. The PREMIUM GROUP Katalog and the new look and feel PREMIUM GROUP Magazine were also very well received. The PREMIUM GROUP app, which achieves 500,000 page impressions and almost 15,000 users, represents one of the main sources of information for visitors to PREMIUM GROUP events. It offers information on all brands and events, as well as GPRS navigation.

Thanks to the PREMIUM GROUP’s digitalised lead management it is possible to analyse the data and affirm that some exhibitors managed to achieve a footfall of up to 3,000 visitors at their stands.

The visit by Federal Minister Brigitte Zypries who, after the reception at the Fashion Council Germany stand in Hall 4 of PREMIUM, took a tour of the trade show in order to visit national and international fashion companies, underlined the economic and political relevance of PREMIUM and the fashion industry per se in Germany.

Some exhibitors achieved an immense visitor footfall through the digitalised lead management, managing to record up to 3,000 visitors to their stands.

The varied food offering was magnificent, ranging from burgers and BBQ to Italian tapas and fresh pasta, Cuban, Mexican and Korean cuisine to hemp pizzas, waffles and vegan specialities.

The integration of networking lounges in partnership with mintroom.de enabled visitors to relax and chat between appointments.

The presence of a wide spectrum of TV and radio broadcasters, as well as representatives from the print and online media and a crowd of social influencers ensured that PREMIUM was featured far and wide, both nationally and internationally, including all the latest trend topics that already define PREMIUM.

The striking location with its richly contrasting, industrial flair; the lounges and networking zones scattered across the entire area with their special interior design pieces by mintroom.de; the various food areas that offered everything from snacks and drinks to vegan specialities and fruit juices; and the lovingly designed collection presentations offered visitors an unparalleled customer experience and infused the show with the feel of a modern concept store.

The particular mix of established brands and up-and-coming labels, some of which were making their trade show début, together with the broad range of products on show, proved to be magnetically appealing to a variety of visitors. Alongside the carefully curated portfolio selection the various entertainment highlights really placed the spotlight on the theme of “Point of Experience”.

In the new 15LOOKS event, 15 individual outfits were put together by influencers Lisa Banholzer (Blogger Bazaar), Masha Sedgwick (Masha), Walesca Frank (Cielovolver), Katja Schweitzberger and Cloudy Zakrocki (Refinery29) and staged in the three Trend Shows, along with coordinating hair and make-up by Schwarzkopf. In collaboration with Inselberg Models, young women were chosen who reflected a diverse panoply of body types and ethnicities. Established influencers connect with their followers daily and are closer to consumers than any designer. During the live events and live transmission across the different social media channels the “Beautiful diversity in the spotlight” motto was perfectly communicated to inspire visitors to emphasise their individual character and needs and to bring this to life in their stores.

As a further highlight, 26 original Versace looks from the private collection of Alexandre Stefani went on show in honour of the 20th anniversary of the death of legendary designer Gianni Versace. The Brazilian collector opened the exhibition in person and it was accessible to all visitors while the trade shows were running. The opening was attended by guests from the industry and the media, as well as by social influencers. The outfits also starred in an exclusive photoshoot and will be featured in the A/W (October) edition of Material Magazine.

As well as a place to showcase the latest beauty products, the new Beauty Area, which covered almost 500 square metres, also played host to facials and lash extensions, while an on-site barber took care of grooming requirements for the men.

In collaboration with Ykone, SLEEK Magazine invited the top players in the beauty sector to a beauty hack, to discuss social media and influencer marketing in the cosmetics industry.

On the final day of the trade show, Creative Caravan by Instinkte stopped right outside Kraftwerk. Visitors could enter the Caravan, which was fitted with a professional photo studio and a choice of fashion, accessories and props, and star in their own individual photoshoot shot by celebrity photographer Kai Stuht.

The SEEK portfolio encompassed around 250 brands. For the first time, these were recategorised under the headings of Green Force, Classics & Icons, Sports & Streetwear, Strong Zeitgeist and Craftsmanship. The restructure, which helped improve orientation, proved extremely popular with those in the industry.

The new, integrated “SEEK HOUSE” showroom concept, which offered brands the chance to introduce their collections to buyers and the media in an exclusive setting, was likewise highly acclaimed. Berlin-based creative agency Reference Studios announced their presence with an installation, the cult publication Dust Magazine x Nanasuzuki and the Rich & Hanc agency with other brands, including Kappa Kontroll, The North Face, Han Kjøbenhavn and Hi-Tec. Brand Manager Nicolai Jeppe Strunge Møller from Rich & Hanc agency summed it up: “With this being our first time at SEEK we were not quite sure what to expect. However, we are very pleasantly surprised about the fair and have nothing but positive feedback for the whole SEEK crew. The atmosphere in a semi-private showroom was very pleasant. In addition to our booked appointments we saw considerable visitor influx to our stand. The staff at the show made enormous efforts and catered to our every need during the trade show. Following the trade show we had the chance to go to lots of different events. All things considered, we had a great time and are already looking forward to next season.”

Other highlights from the past week included the exclusive Reference Studios x 032c pool party, where the Who’s Who of Berlin rubbed noses with the international fashion jet set, as well as the infamous BBQ by Patta x 24 Kilates x Asics x Alpha Industries x SEEK, followed by the ensuing after-party.

One thing hasn’t changed: SEEK is a platform where the visionaries of tomorrow come together to achieve their common goals. Without the input of the inimitable stakeholders from all areas of the industry – from buyers and designers to influencers and the media – none of this would have been possible.

BRIGHT is a truer embodiment of the zeitgeist between street subculture and fashion than any other trade show. It is BRIGHT’s DNA, which lies in the traditional segments of streetwear and skateboarding, that defines and shapes the current look and spirit in today’s urban environments. The combination of BRIGHT and SEEK has proven its mettle as a unique hub for streetwear and contemporary men’s fashion in Europe.

The core BRIGHT segments, Street ’n’ Skate, reflect the inspiration of the whole fashion sector. Brands like Vans, New Balance, Element, Thrasher, Obey, Huf, Mishka NYC, The Quiet Life and Swiss Bank set the trends. The wide array of international visitors from throughout Europe, Russia, Asia and the USA reflect the hip styles between subculture and fashion over the three days of the trade shows. The vibrant horde of visitors, consisting of top buyers such as Zalando, Galeries Lafayette and 43einhalb, plus media, influencers, pro skateboarders and artists and designers, provides spectacular proof that Berlin is Europe’s most important trade show location when it comes to these segments.

Perfectly embedded within the current mix of subculture styles and fashion, the youthful outdoor aesthetics segment in particular saw significantly higher levels of interest from visitors keen to learn more about tech fabrics and the latest developments in the fast-moving Urban Outdoor sector.

Housed in Berlin’s Arena for the fifth time now, a number of top-quality events rounded off the programme for this year’s summer show as well: art shows (Mark Oblow, Charles Collett, Spacegoth), skateboarding (DC Opening, Copa Court/Adidas), launch events, etc. (Volcom Boatparty) took place on all three days across the premises as a whole, whereby, night after night, the spectacular outside area on the banks of the River Spree became the perfect sundowner setting. The evening events also provided further proof that BRIGHT has now become far more than a mere industry and business highlight on the Berlin scene.

Drawing in large crowds of visitors from the fashion, industry and technology domains, the 6th edition of #FASHIONTECH Berlin on 5 July 2017 demonstrated its relevance as one of the most influential fashiontech hubs in Europe. The conference honed in on central future themes for fashion and the industry within the areas of Wearables & Smart Textiles, E-Commerce & Retailtech and Digital Marketing & Communication.

The caption Listen! announced the 20 top-quality keynote speakers from international companies, including Sharmadean Reid from WAH Nails, David Fischer from Highsnobiety, Hywel Davies and Melanie Ashley from Central Saint Martins, Jonas Thaysen from Facebook and Dr. Marc Schumacher from Liganova, who presented their digital solutions and successful corporate concepts for the fashion industry of tomorrow.

“PREMIUM and its various sub-brands are, for me, the most important brands at Fashion Week in Berlin. #FASHIONTECH is a very future-oriented platform and one that is hugely important. I was therefore delighted to be able to introduce the Highsnobiety brand in this context.” David Fischer, Highsnobiety

The new masterclass format operating under the Learn! caption was adopted incredibly successfully: the workshops and the in-depth lectures by international industry greats like Edited and Facebook were booked out across the board. One of the masterclasses – PREMIUM GROUP’s new digital concept, Premium Digital – saw innovation technicians from the tech industry mobilised and taught about the fashion industry.

Experience! was the theme of the interactive exhibition, which showcased visionary ideas and innovative technologies. There, the interactive Retailtech space, curated by MariElla labels, Radioscreen and Nightingale, offered visitors a host of different options for experiencing the latest developments and ideas directly on site. Alongside this, wearables labels ElektroCouture and Jasna Rok exhibited their latest designs; and start-up Mmooddeell provided professional, live photoshoots, allowing visitors to complete their own model profile. 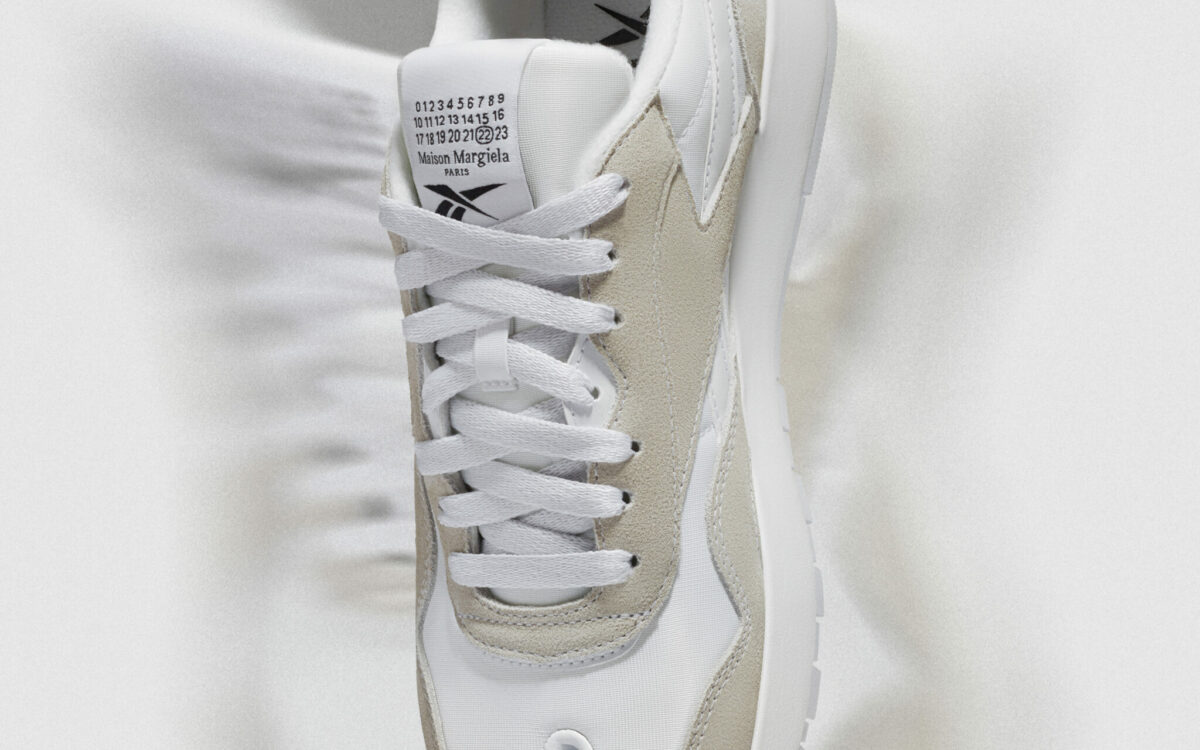 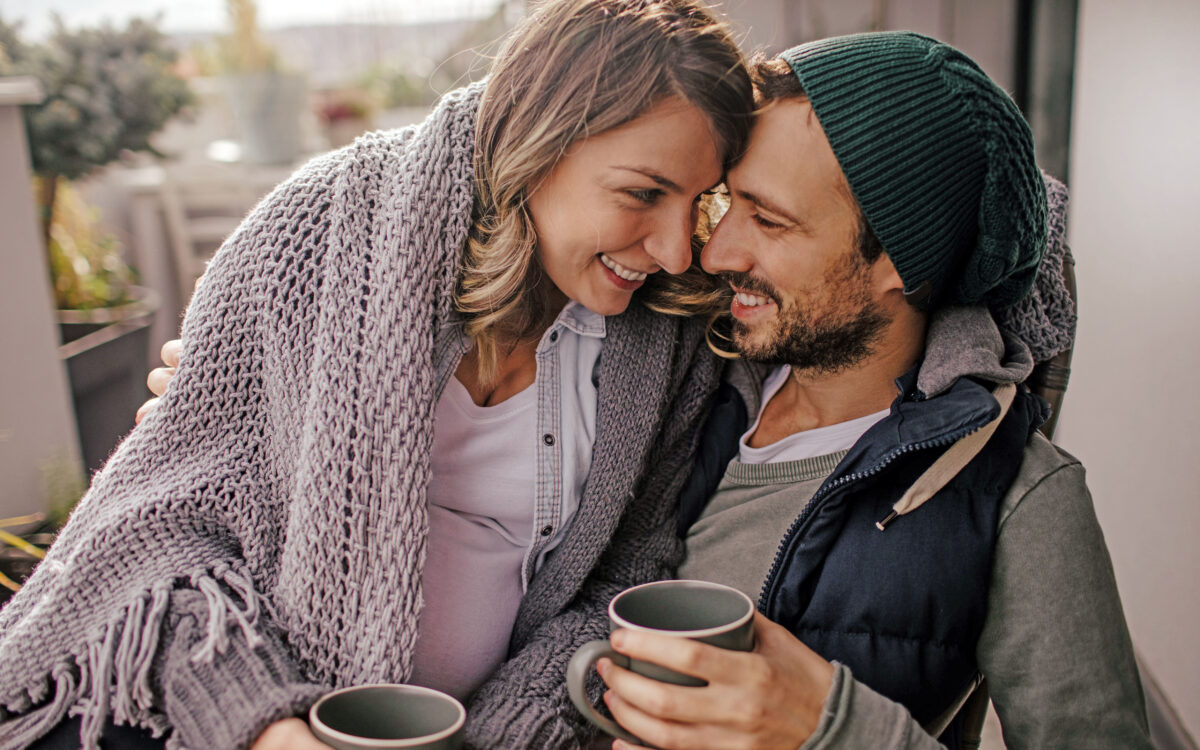 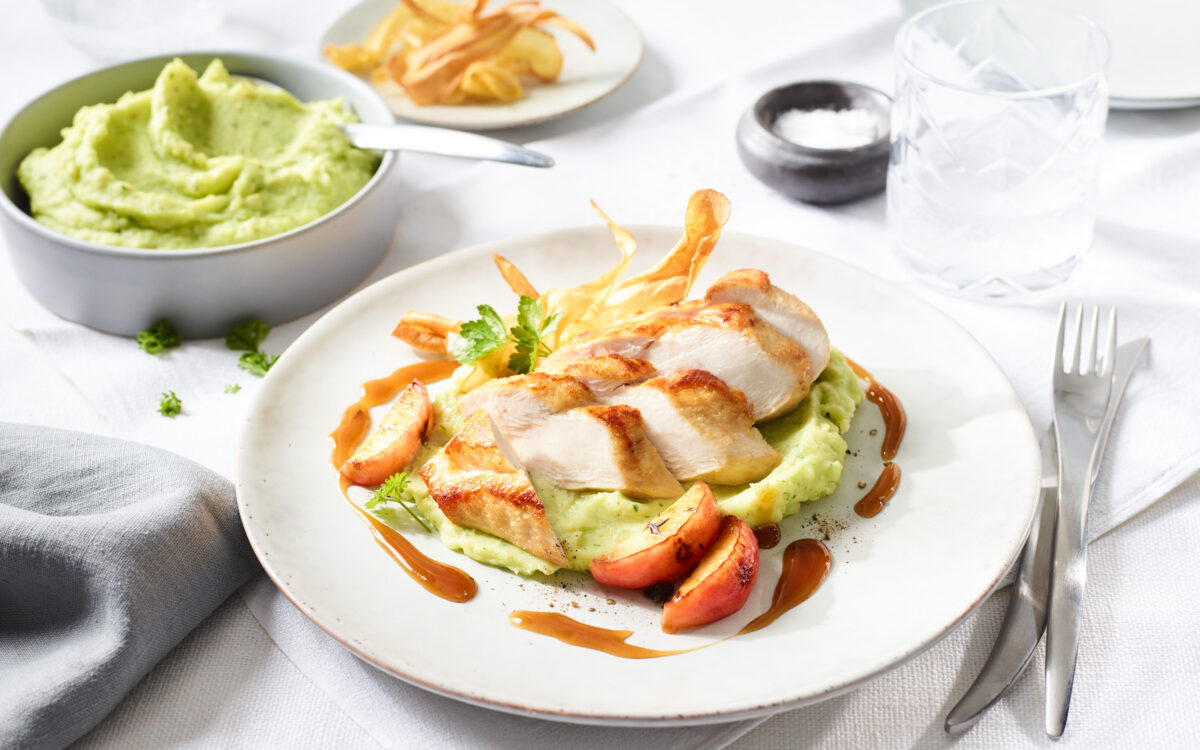