There is a new, unidentified sound object on the horizon. Its name is Drone San, the project of Nicola Pedroni (musician and sound designer active for over fifteen years, also along many European festivals) and Andrea Sanna (pianist and composer). Their self-titled debut album will be released on all digital platforms on January 14th, 2022 via Horribly Loud Records, the label founded by themselves.

Drone San is an electronic music project with acoustic/electroacoustic incursions that fits in the contemporary post-jazz scene. It’s post-jazz for post-humans.

Drone San was recorded in Sardinia, Italy, mainly during the summer period, between the walls of a studio, but also in the woods and even into the depths of the so-called domus de janas, typical prehistoric chamber tombs carved into the rock. Great Ancients and extraterrestrial creatures, the shadow of Cthulhu and the strange lights emanating from UFOs, go hand in hand in duo’s imagery, strongly influenced by science fiction, starting with H.P. Lovecraft, and by post-apocalyptic but hopeful atmospheres.

This sci-fi imprint, combined with the interest in anime, is highlighted by the exceptional artwork born thanks to the close collaboration with the illustrator Yoshi Mari, that has even created a silent book connected to the record. The concept of the silent book, to be published soon together with the vinyl version of the record, shows ecological and environmental themes: the spaceship of Drone San is struggling with a desperate interplanetary journey in search of possible forms of vegetation, sadly disappeared in our world.

Based between Cagliari and Florence, met by chance in a jazz club, Pedroni (drums, percussions, synths) and Sanna (piano, keyboards, synths) have entirely written, arranged, produced and played Drone San, a blend of radical improvisation and real process of composition, of analog and digital instrumental textures, in a temporal clash between ancestrality and highly technological future. The two musicians made use of drums assembled, cut and reassembled in layers with vintage drum machines, Fender Rhodes, software, objects such as old pianos, strings, springs and toys amplified with piezoelectric microphones or as we said taken inside suggestive natural locations.

The sound design, the adventurous and elaborate processing and production phases were curated by Pedroni with the artistic help of Sanna. Recordings were made by Nicola Vacca at Panda’s Studio in South Sardinia. Finally, mix and master were made by Lapo Grossi at the Multiverso in Florence.

Available from today November 26th, 2021, the new single Snob Pineapple is funk as s constantly syncopated drum machine can be. Snob Pineapple’s animation video was directed by Lucio Coppa, with the contribution of Yoshi Mari herself: elements belonging to alien pineapples, androgynous faces, trees and flying cities follow one another in an everlasting mutating loop.

The main references of the Italian duo acquire both an experimental elegance and their own peculiar strength: from jazz to the universe of soundtracks, from soul music to hip hop, from ambient to IDM, up to math rock, cosmic psychedelia and dub music. The resulting Thing moves with cyber groove step and sprays nostalgia from every tentacle, incorporating and reworking the listenings of Battles, The Cinematic Orchestra, Tortoise and Boards Of Canada, among others. Drone San is a flying saucer, and we are in danger of abduction! 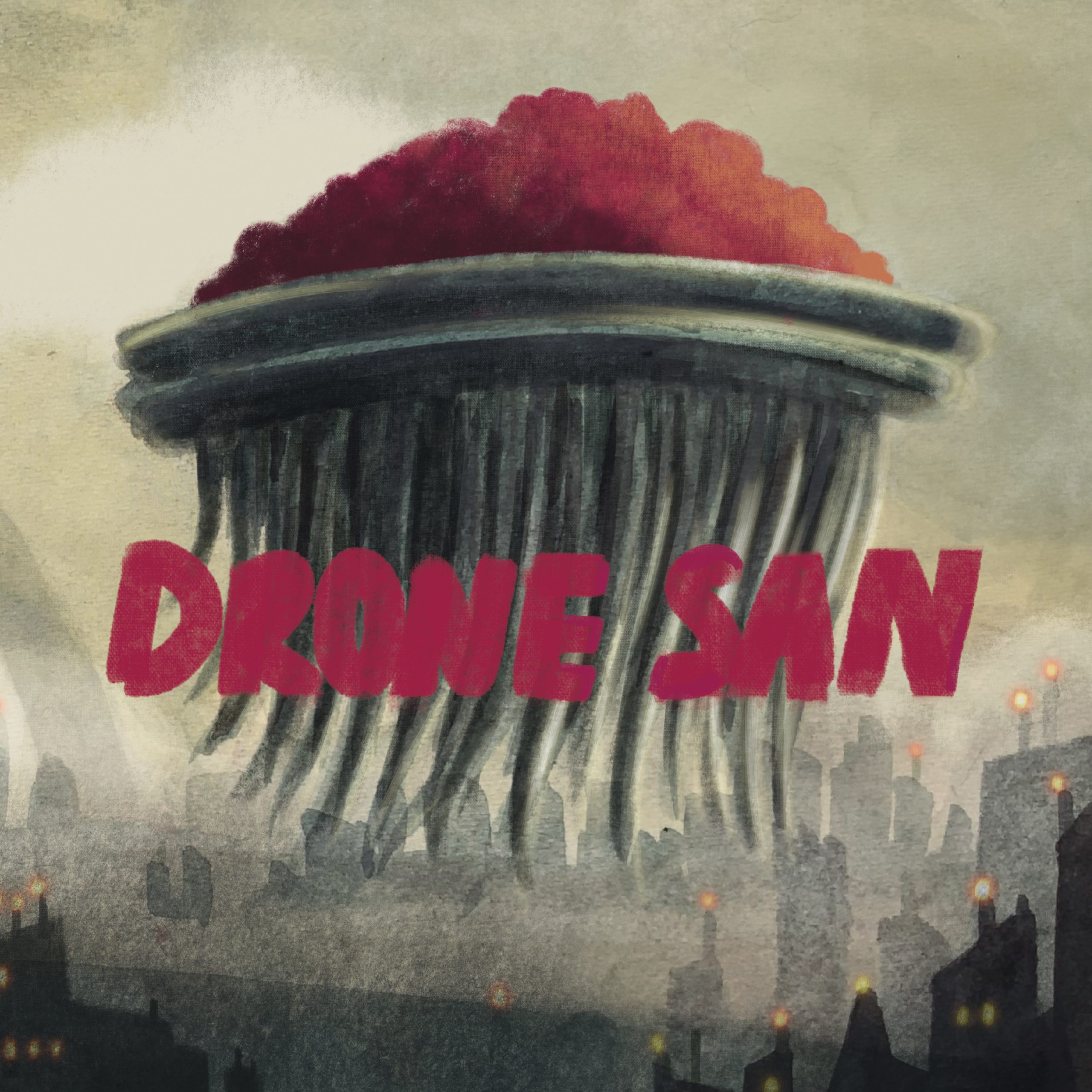