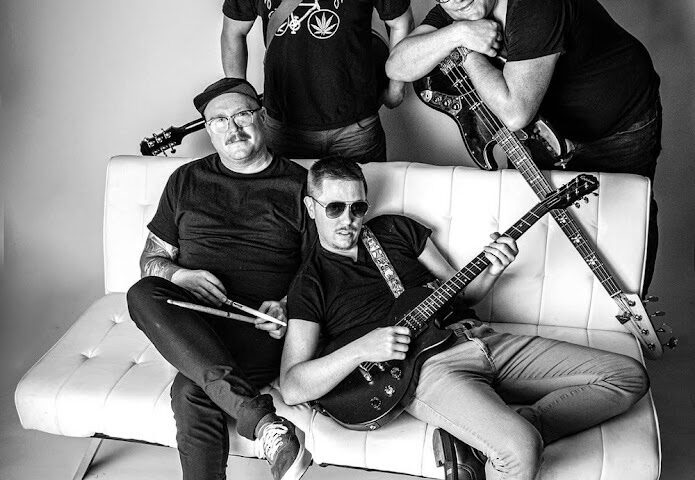 The Road To Hell Is Paved With Good Intentions‘ tackles substance abuse, mental illness, relationships and hard life choices. The EP leads through the unforgiving world and demands change. These Fast times bring back some good old school pop punk sensations with a sprinkle of heavy to get through your day. Out now on Thousand Islands Records.

These Fast Times are a four-piece punk-rock band formed from the ashes of multiple bad decisions, misspent youth and a unified-need to cause a major ruckus at any given time. Armed with the fuzziest of distorted guitars, relentless pounding drums, p-h-a-t bass-lines and a whole lot of screaming with a little bit of vocal-melody included – These Fast Times are continually finding ways to overwhelm, offend & entertain their audience through all of their five senses.

The rotting-core of the band’s line-up currently includes Jeffrey Vuorela (Vocals, Guitar), Jason Bellefontaine (Bass, Vocals), Thomas Kolofsky (Lead Guitar) and Ryan Kennedy (Drums). Each member got started in the usual way…they got into music early on in life etc. etc., started bands, ended bands, and experienced all the hardships necessary to put a massive punk-chip on their shoulders. Officially combining their talents & stank of desperation together in 2015, These Fast Times have gone on to fill up the space in front of them with fans of true punk and drain many a beer can since.

Discovering quickly that they could stand each other’s personalities, energy, and smell – These Fast Times shut themselves away in the studio and began to write, create & refine. Even the band members were now able to vouch for their music as ‘not half-bad finally…and though perhaps reluctantly, pride in their dirty punk-rock sound began to take hold of these four from Montreal…

The results of the writing and recording session became the six new songs released by These Fast Times on their new record The Road to Hell is Paved with Good Intentions released in May 2022. Playing shows to support the album all throughout the year – you can expect These Fast Times ready to show up right to your own bloody front door if it means they can play another show before they all croak. The main reason being…somewhere along the lines, all four members of the band realized that the music they were making…as grimy and dirty as it might be…was music that NEEDED to be played…music that the people WANTED to hear.

Make no mistake – These Fast Times don’t put themselves through all the shit that comes along with being in a punk-rock band for their own enjoyment; no – it’s a far more selfless act. They do it for YOU. Come get some! 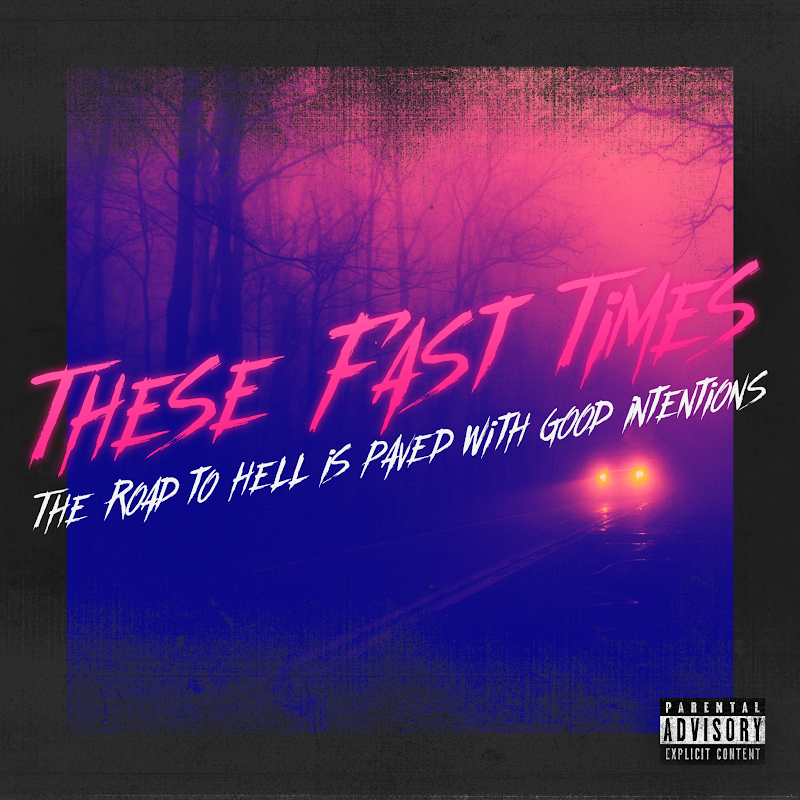