Hollywood Star Hank Garrett has confirmed his appearance at the world famous Dragonfest.com in Burbank California right next to the Disney, Warner Brothers and Universal Studios. Hank – the Original Tough Guy – will present his newest punch: A fragrance inspired by the master of martial arts himself. He was inducted in the Martial Arts Hall of Fame in five disciplines: Karate, Judo, Taikwondo, Kung Fu San Soo, Hapkido and Jiu Jitsu. 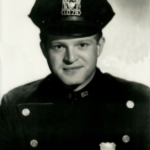 A the special appearance Hank will sign autographs, take pictures and greet the fans and he also has a special surprise for every attendant coming to see him. The proceeds of Hanks sales go disabled American Veterans and wounded warriors.