French surfer Justine Dupont is one of the world’s best female big wave surfers. Her 2020/21 season was the most dominant performance big wave riding has ever seen. Her new documentary ‚à la folie‘, which translates to „with a lot of passion“, explores the highs and lows, the life-changing wipeouts and insane barrels, throughout her ground-breaking 2020/21 season. She reveals what drove her career-defining season and what it takes to level up your passion.

– Dupont’s obsession with big waves has been something developed over years of exploring the ocean. She first started surfing aged 11 in Lacanau – down the coast from her birthplace of French city Bordeaux – when she stole her father’s shortboard to sneak off to the beach. 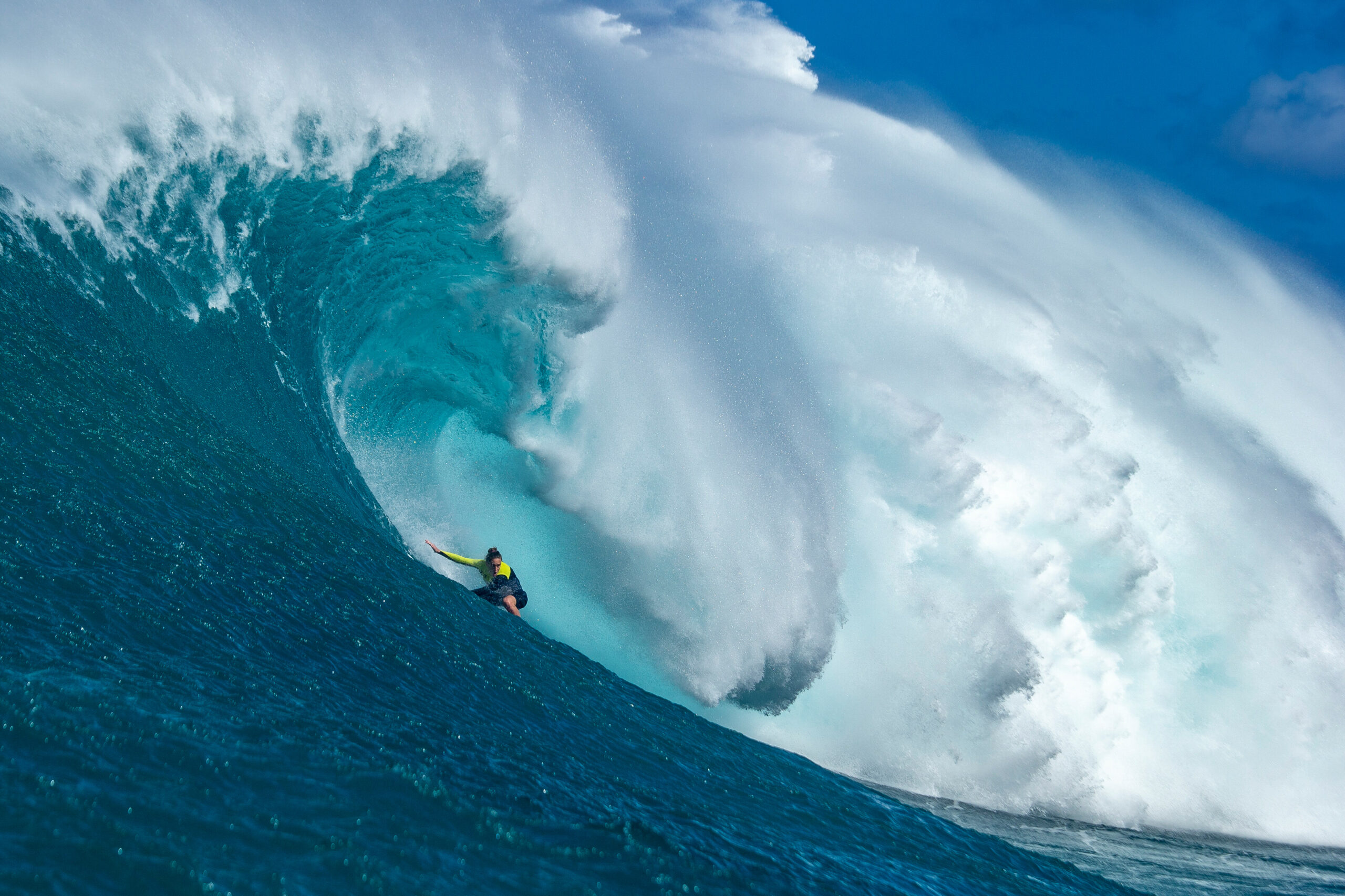 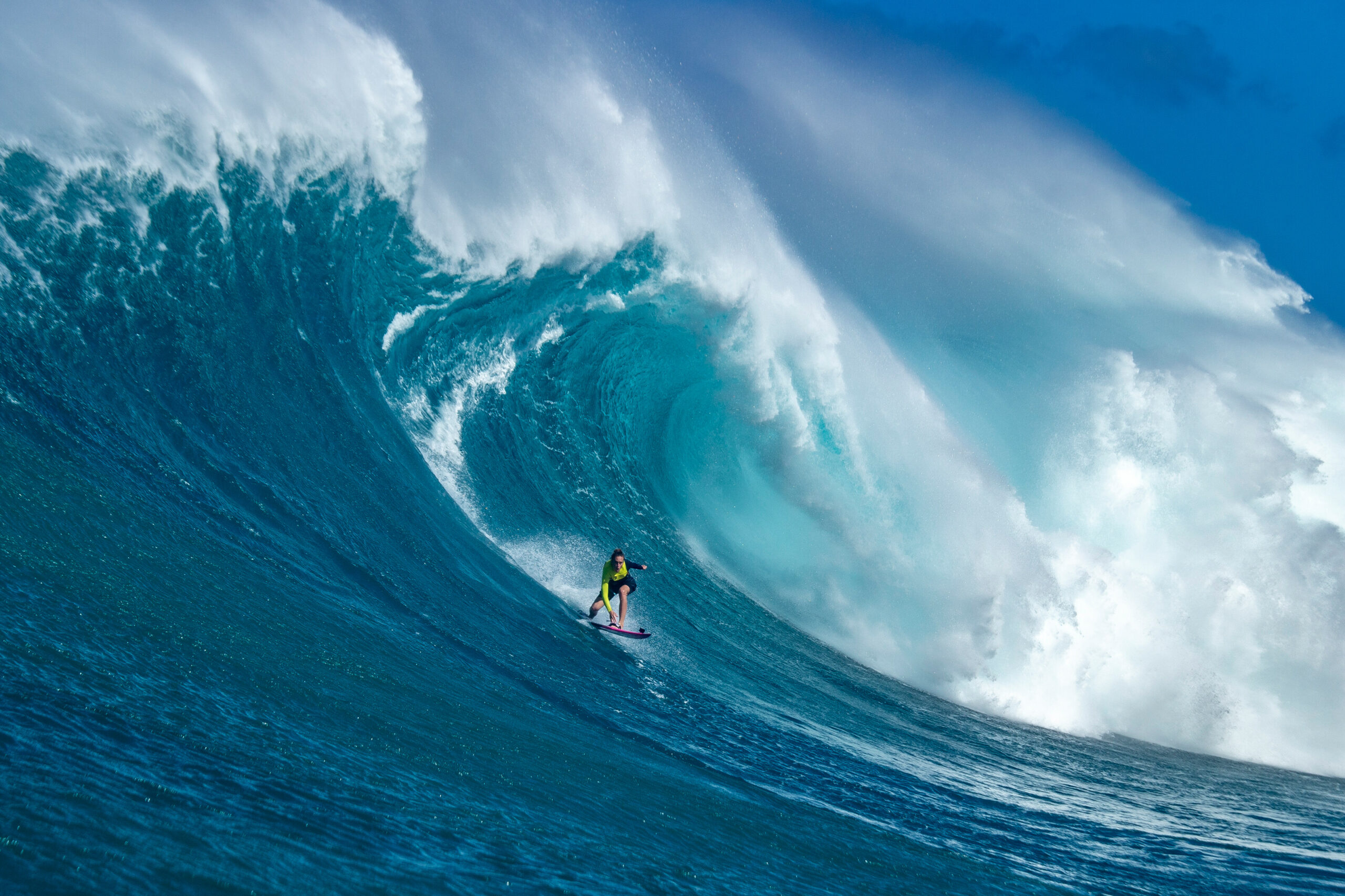 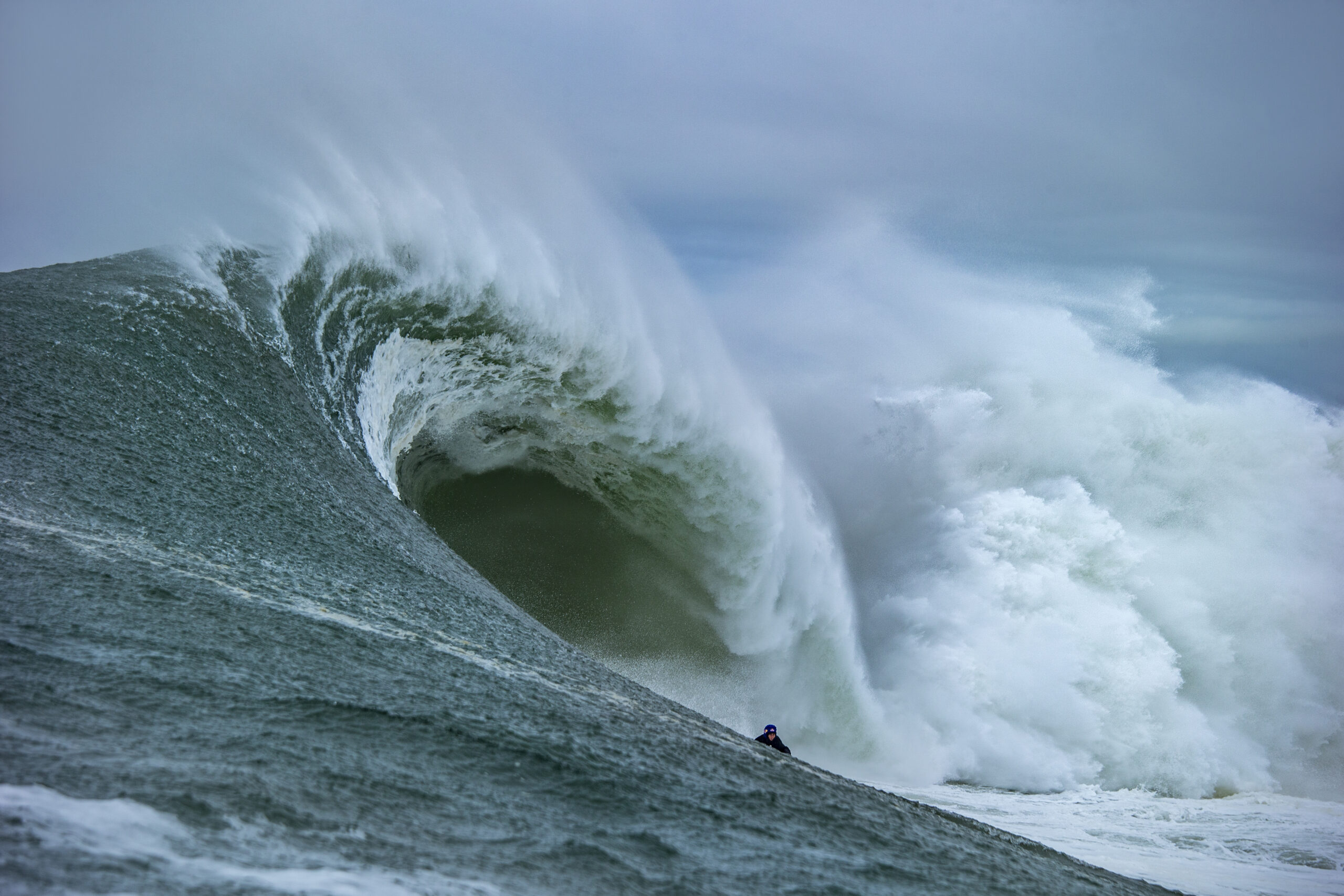 – From there she began competing and a runner-up finish in the World Junior Championships in 2011 announced her arrival on the shortboard scene before qualifying for the 2012 WSL Championship Tour where she sadly picked up a training injury the week before her first CT contest.

– Instead of letting the setback that cost her a coveted spot on the World Tour get her down, she went on to earn European Longboard titles and become the 2019 ISA Stand Up Paddle World Champion.

– When she first tasted the adrenaline of tow surfing at Belharra, though, she finally found her true water sports calling and moved to Portugal to tackle the infamous Nazaré big wave whenever it broke.

– Two Nazaré Tow Challenge victories later, the solid natural footer’s talents have seen her tackle Mavericks in California and Jaws in Maui – where she successfully navigated the best female tube ride of all time – as well as pick up numerous XXL Awards across several categories.

– Now ‚à la folie‘ documents a fascinating year in the life of a woman at the top of her powers, travelling the world, riding giants and doing it while keeping her love for surfing at the top of the priority pile.

– The 30-year-old, whose boyfriend Fredo David is also her tow partner, revealed: „À la folie means ‚with a lot of passion‘. It does for me anyway, because otherwise, it means ‚madness‘, and that’s not what I see my surfing as. Last year was my best season yet, so it was a great feeling to have that all captured, to show off how I was feeling, how I do everything with my team, and all of the work beyond just the surfing. I’m never looking for a win. I surf for myself. I only care about the waves.“

– Water sports star Kai Lenny, 29, declared: „The first time I met Justine was over at Nazaré. Pretty immediately I noticed her comfort level was really, really high, in one of the most treacherous oceans that I have ever experienced. Justine just struck me as someone highly dedicated to the game. She’s a total badass and the kindest person possible.“

– „It’s nice to be recognised as one of the best big wave surfers in the world, for all sorts of reasons,“ says Justine. „I’ve dedicated myself to Nazaré, to big waves, and it makes me feel like I’m doing the right thing. Being recognised means that I can follow my dreams and follow the storms and the waves I want to surf.“ 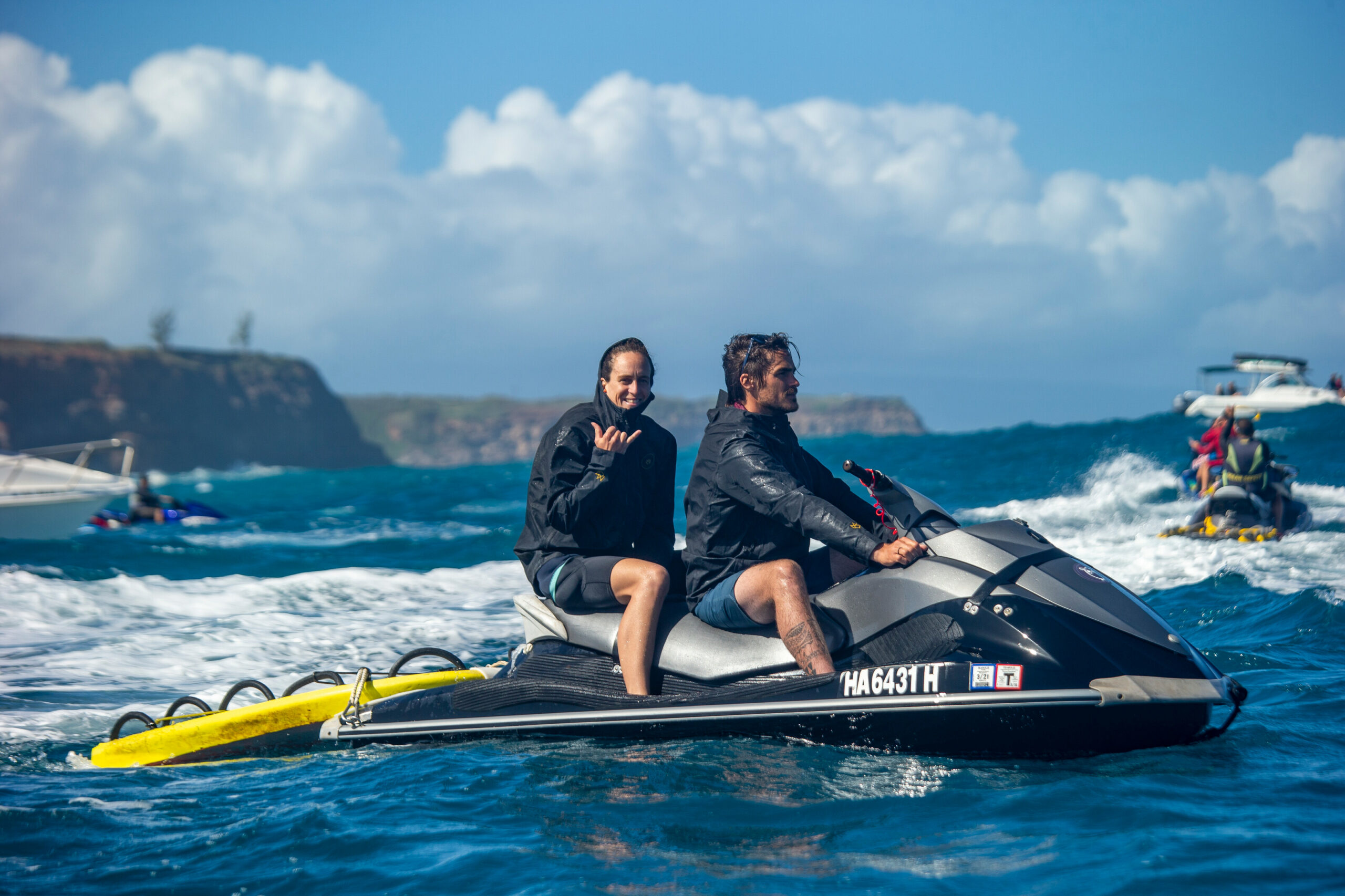