Wierer’s only previous World Cup podium this season arrived at the Ruhpolding 7.5 km Sprint in Germany with the 31-year-old looking to add more medals to her collection in China next month.
This time on home snow, Wierer won in 35min 58.7sec to defeat Dzinara Alimbekava of Belarus by 3.7 seconds – despite having one extra penalty lap – with France’s Anaïs Chevalier-Bouchet third.

She told FISI: „It was a fantastic race. I woke up and I felt tired, I didn’t think I would be competitive. Instead I managed to put together five very competitive laps and luckily good shooting sessions, apart from the first series in which I made two mistakes. I concentrated on skiing until I felt better lap after lap, even if my head told me otherwise. The coaches along the track really supported me, I’m happy to have achieved this result. Now I am disconnecting the plug for two days. We will do a few more days of training and on Saturday we will leave for China.“ 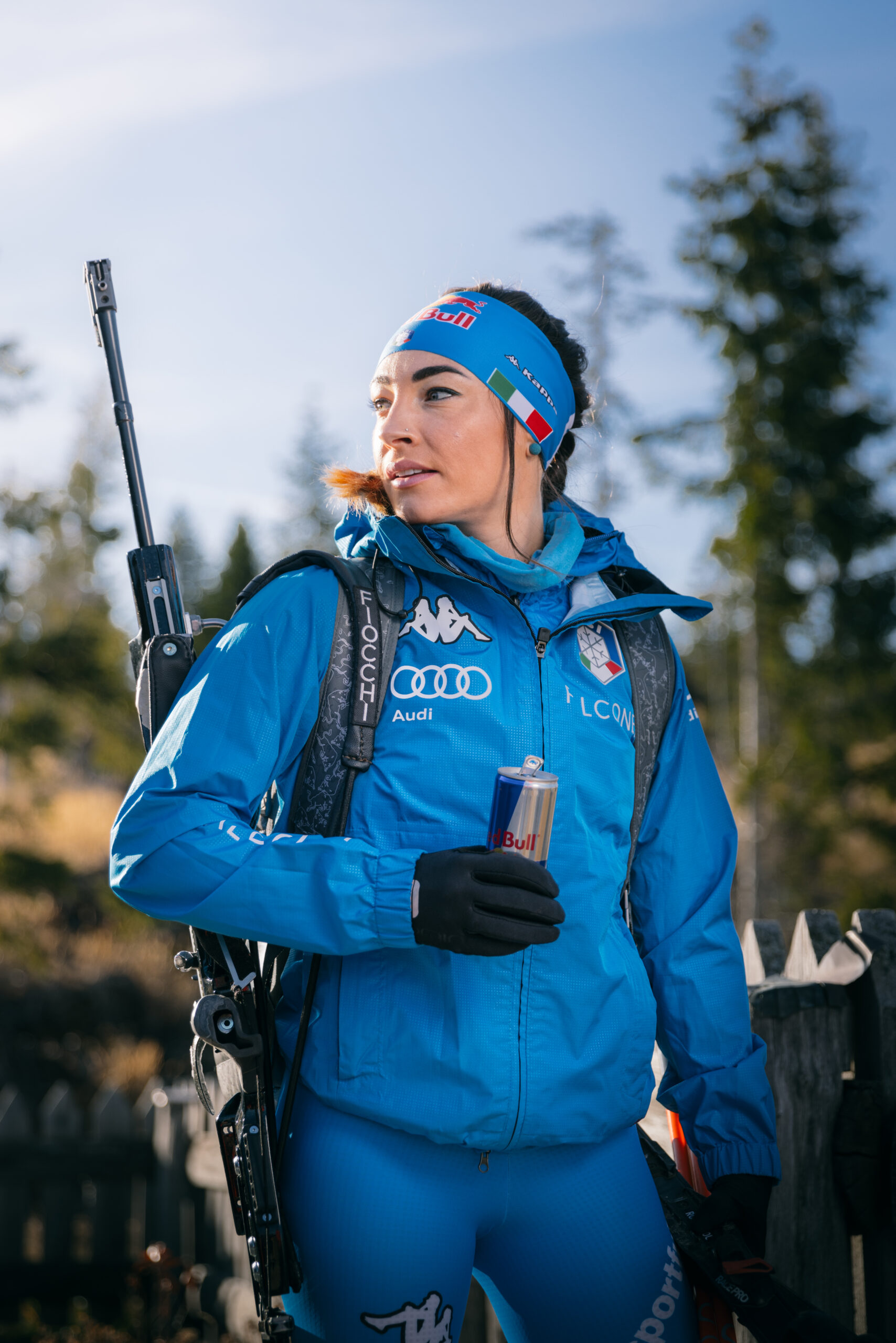 Dorothea Wierer poses for a portrait during the production of ‚The Night Before‘ in Passo di Lavazè, Italy Gabriele Seghizzi / Red Bull Content Pool