Why Mayor Paul Leon is the ONLY choice for Ontario California

Why Mayor Paul Leon is the ONLY choice for Ontario California 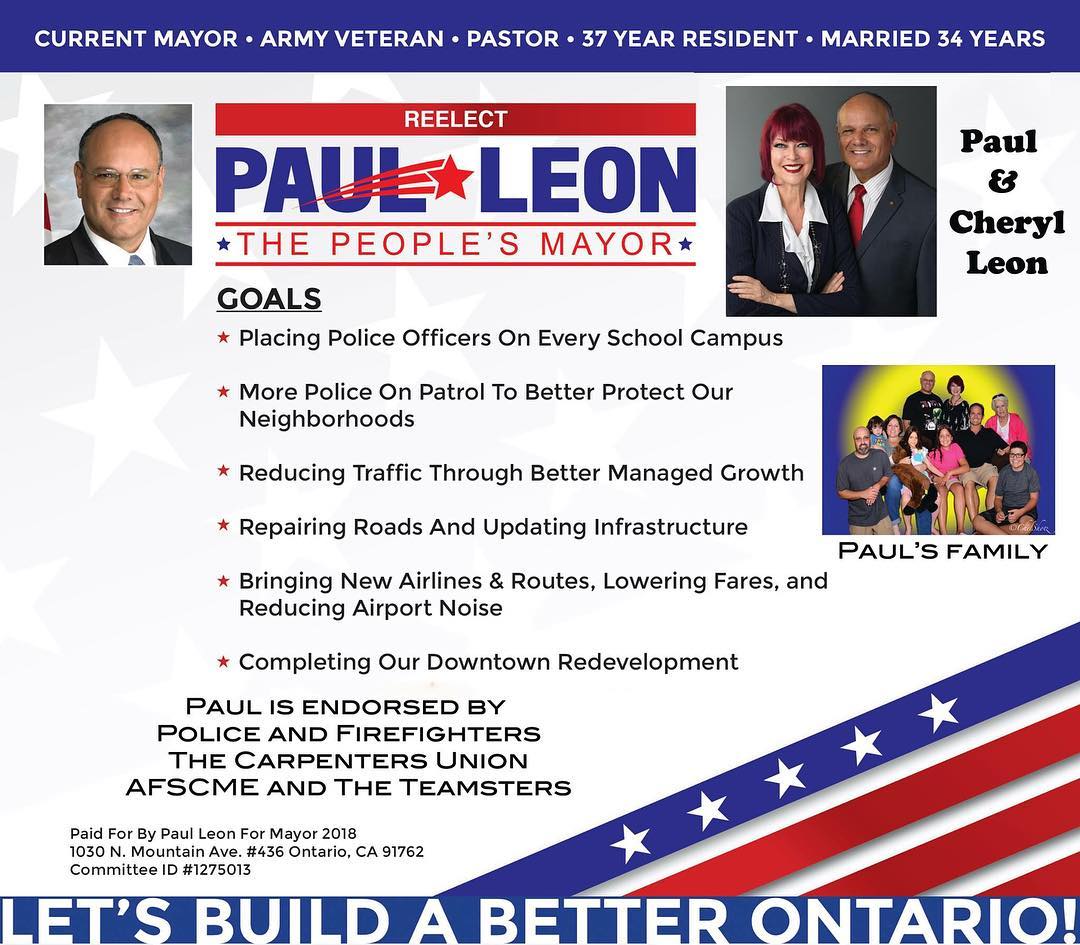 Whom to Elect in Ontario California? The flourishing city of Ontario – Boom Town next LA has an amazing dedicated family father and Mayor who runs for re-election. The 37 years Ontario Resident, Army Veteran and Current Mayor is an honorable man.

Mayor Paul Leon does not promise but act, proof, realize and make it happen. A man whose word is like a contract. Zeitblatt Leading Media and Culture News endorses THE PEOPLE’S MAYOR PAUL LEON. And it was hard to put together a top ten, cause he realized hundreds of projects for the people of Ontario California. And lifts people up, does not need a political smear campaign to distract as he has true achievements to show. And we know is continues working very hard, rolling his sleeves up for this wonderful Souther Californian community.