Leading Ladies of America – How H.E. Princess Karen Cantrell brings Royals to Beverly Hills and Helps with her Royal Society of Saint George

Leading Ladies of America – How H.E. Princess Karen Cantrell brings Royals to Beverly Hills and Helps with her Royal Society of Saint George 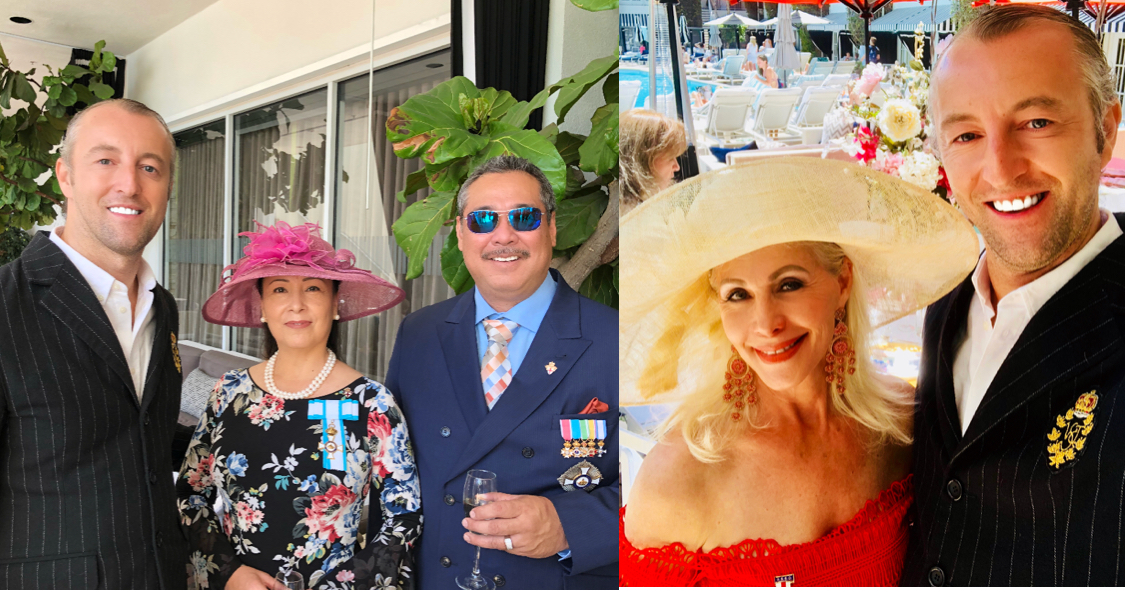 Prince Mario-Max Schaumburg-Lippe of Germany and The Prince and Princess of Hawaii applauded the great Royal Society of Saint George California Branch.

Meet Her Excellency Princess Karen Cantrell, The Chairman. Her Excellency Ambassador Karen Cantrell (Ratu Muda Princess Karen Cantrell) is the chair of the California Branch. Her Excellency is a descendant of H.G. Duke John of Gaunt – 4th son of Edward III, King of England and Henry de Bohun, Earl of Hereford. Professionally she is an entrepreneur who owns a specialty golf and equestrian store in the Palm Desert and she is engaged as an international inspector and goodwill ambassador for Globcal International. Locally she is actively engaged in promoting the United Nations Sustainable Development Goals Campaign with the local United Nations Association of the Inland Empire and Globcal International. As Chair of the Royal Society of Saint George-California Branch, she works with a dedicated group of board members, Trustees and members who are committed to making the values and good works of the Saint George Society accessible to all members of our community. 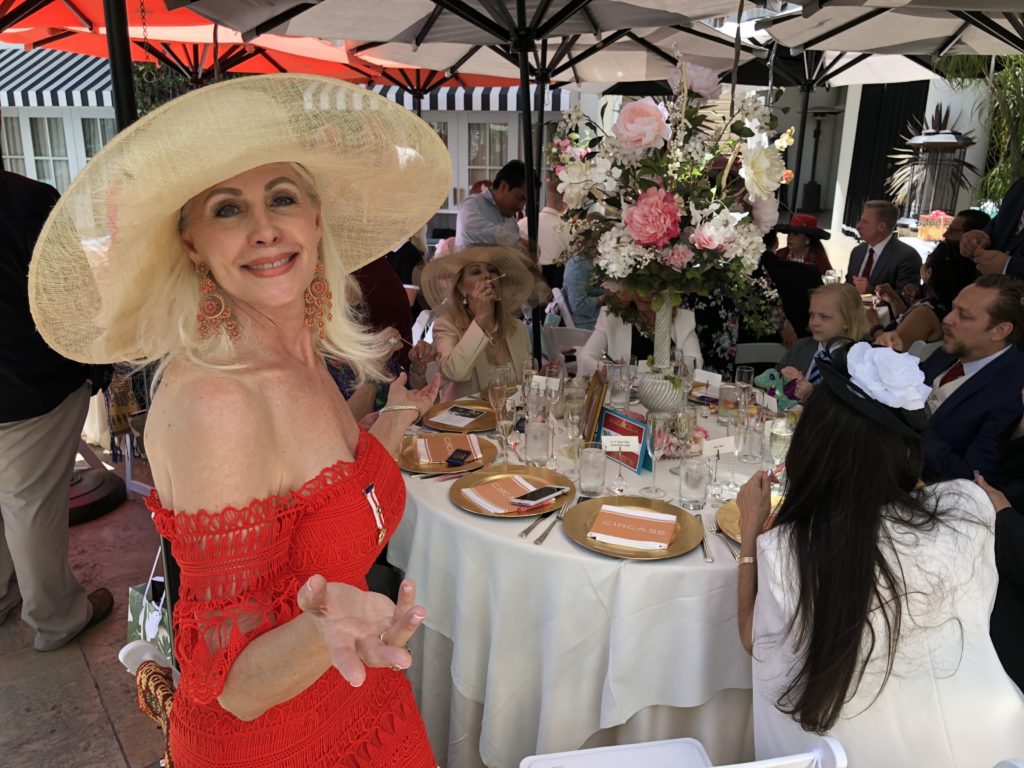 „I am honored to have had this privilege to create a Chapter for The Royal Society of Saint George here in California. It has been a long journey, but nothing without efforts and persistence can accomplish much in this world, nowadays. Our strategic ambition is to be a leading force for Good works and Charity on our state, strengthening our membership through a sustainable growth by clear principles, ethics and values.I also have the privilege of getting to know some our members. I hear their stories, and I know where they’ve come from and what goals they’ve set for themselves. Our Members are here because they want a better life for others and to make this Society a project that brings positive change to our community.“

A wonderful lecture about the Royal Wedding by Dr. Craig Paterson

Dr. Craig Paterson was born and raised in Scotland. He studied at universities in Glasgow, Edinburgh and York before doing a PhD in ethics at Saint Louis University, Missouri. He has lived in the USA since 1995 and is a dual national of the UK and the USA. He taught ethics and philosophy of law at Saint Louis and Providence College, Rhode Island before becoming a corporate ethicist in health care and runs his own consultancy business. He is the author of two books published with Routledge on Analytical Thomism and also on Assisted Suicide. He is the author of several peer-reviewed articles in leading ethics journals. Dr. Paterson has a great interest in the fields of history, chivalry and the granting of arms. In 2016 Dr. Paterson was made an honorary research professor at the University of Madrid, Spain as part of the Concilium Research Group. In 2017 he was honoured by Her Majesty the Queen and appointed to the grade of Member of the Most Venerable Order of St John of Jerusalem, a British Crown Order of chivalry. Also in 2017, he was elected to Fellowship of the Society of Antiquaries of Scotland, a body that received its Royal Charter in 1783, Scotland’s leading historical society.

​​“…Our role is primarily educational, promoting the common cultural heritage of people throughout the English-speaking world, including our former Dominions and Colonies. The Society now focuses its work on the younger generations of English and kindred people whose most valuable inheritance is our nation’s history and culture.“ The Royal Society of Saint George, California Branch was founded and chartered officially in California on December 12, 2016. The organization is non-profit and is open to anyone residing in California and the American Southwest who may be interested in the aims of our society. The society is an admirable and honorable institution that was chartered in California for educational, cultural, patriotic, fraternal, social, and philanthropic purposes. As a benevolent and charitable organization part of our efforts will be dedicated to fundraising and capital development of programs (to be announced) in the public sector. 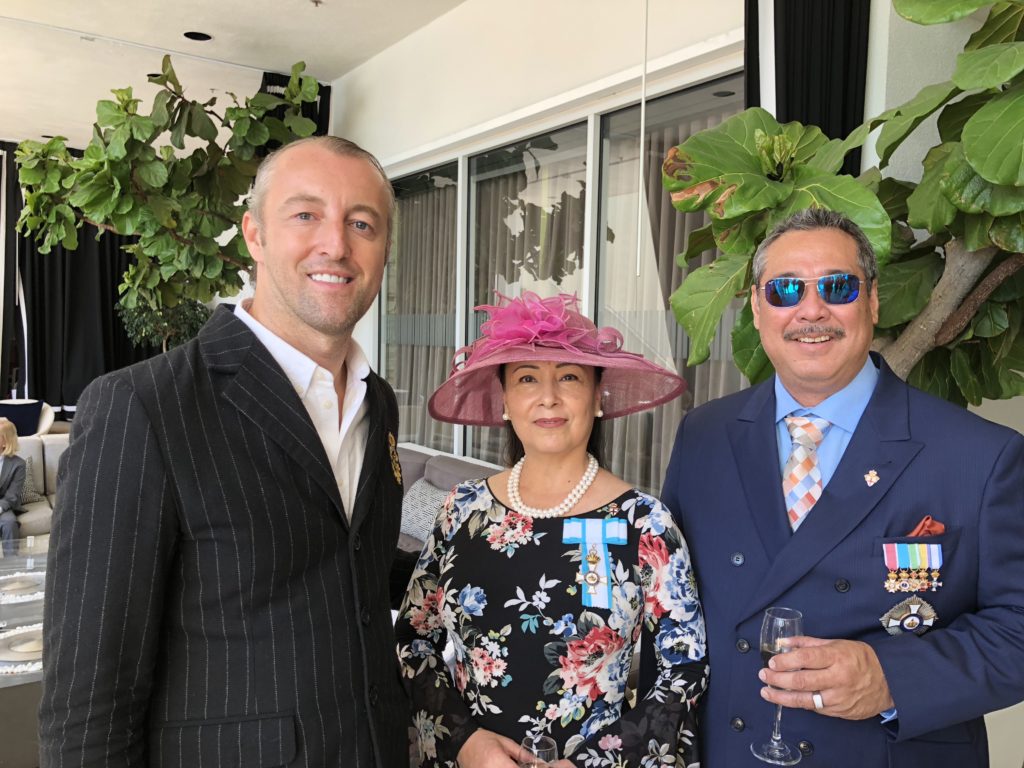 Modern Dragon Slayers and Patriots of the Motherland England.

The California Branch of the Royal Society of St. George is special by being geographically located in California! They consider themselves dragon slayers because they bring goodwill in the name of Saint George to defeat the evil in society. Its a figure of speech to talk about slaying dragons but the ideal exists in video games and in our society with scenarios of battles between good and evil. It is our noble aim and objective in California to interact and function as good global citizens and benefactors of social programs throughout California. Especially for our members and England!

Christopher A. Chambers has been a researcher, software developer, and entrepreneur. He is currently the Senior Director of Software Architecture for a publicly traded consumer electronics firm headquartered in Southern California. He is the inventor or co-inventor of over twenty patents, and has had several scientific publications including an article on neural networks in Physical Review Letters. He is a member of the Manorial Society of Great Britain, and the 30th Lord of the manor of Skighaugh in Essex England. 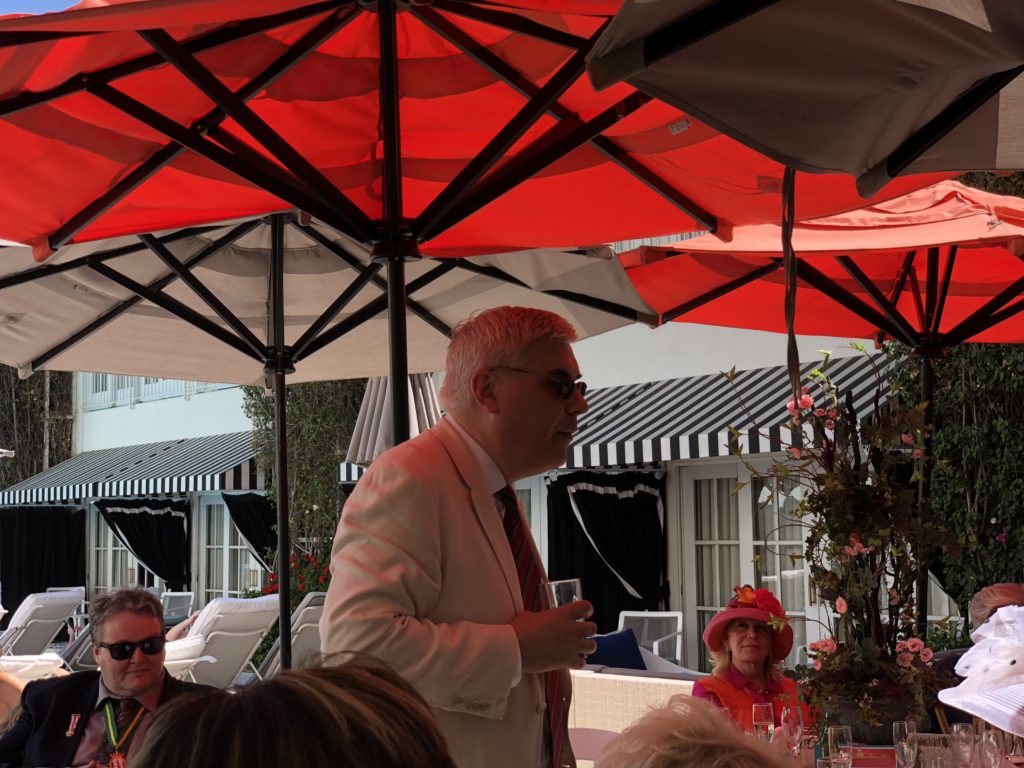 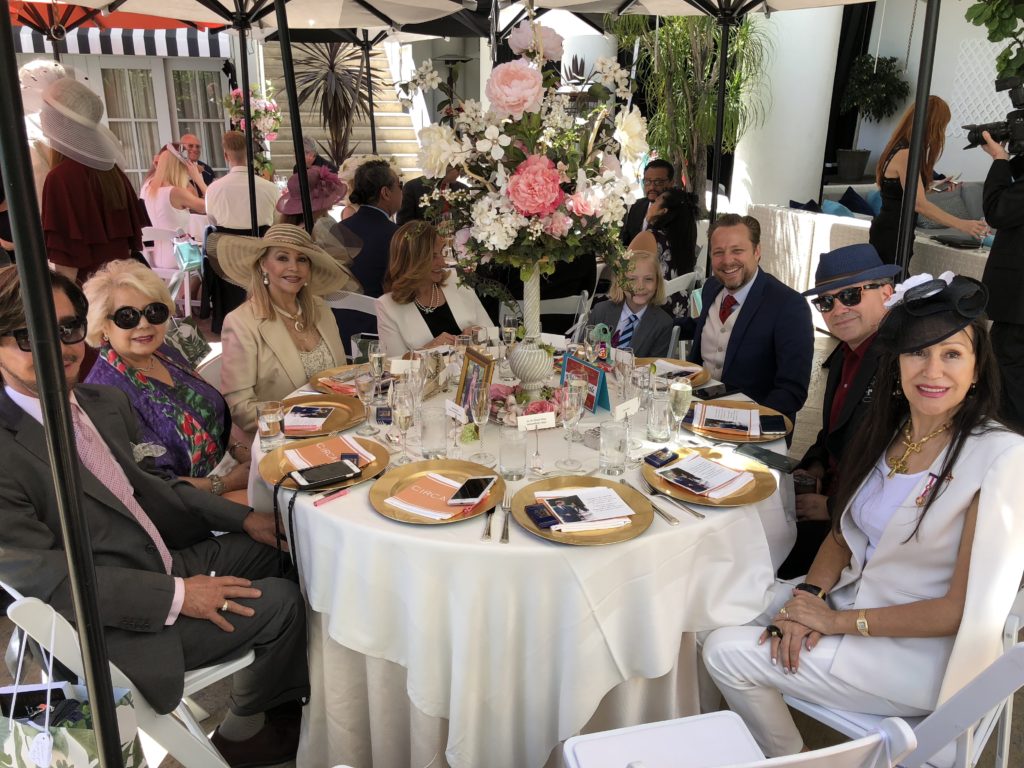 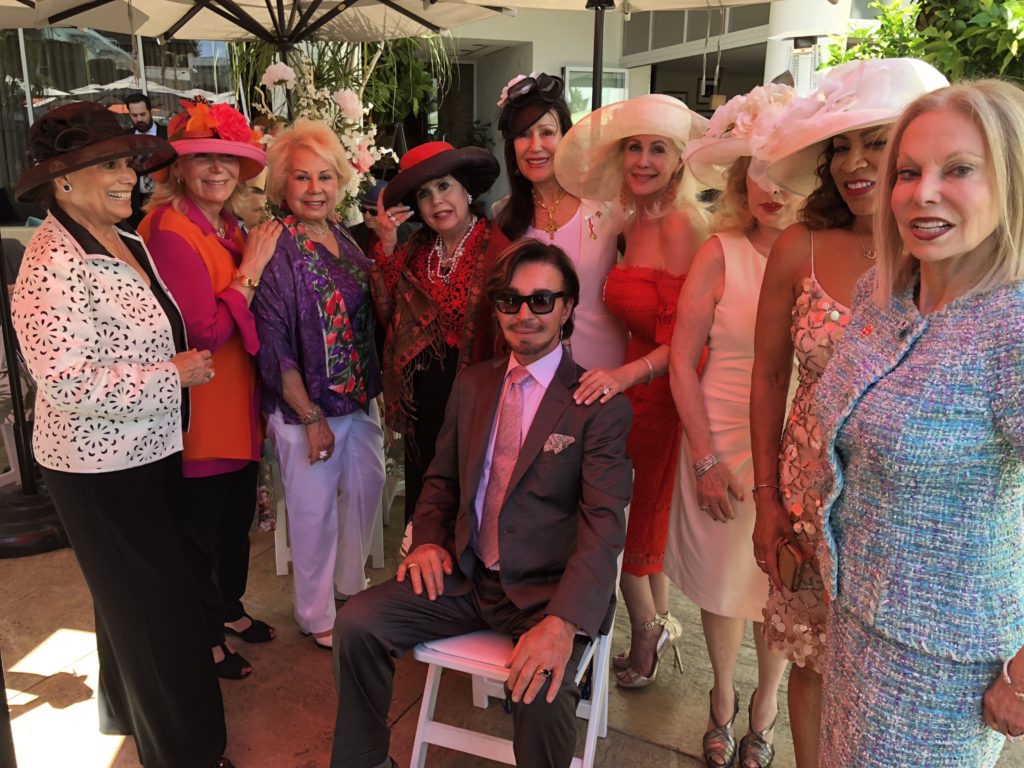 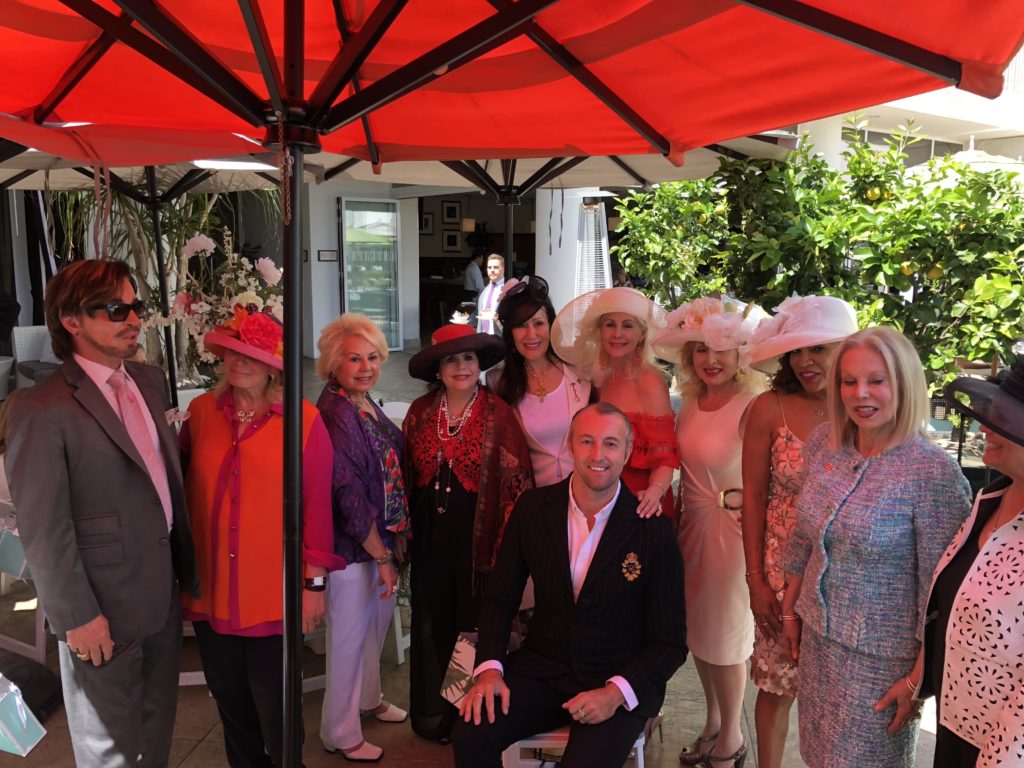 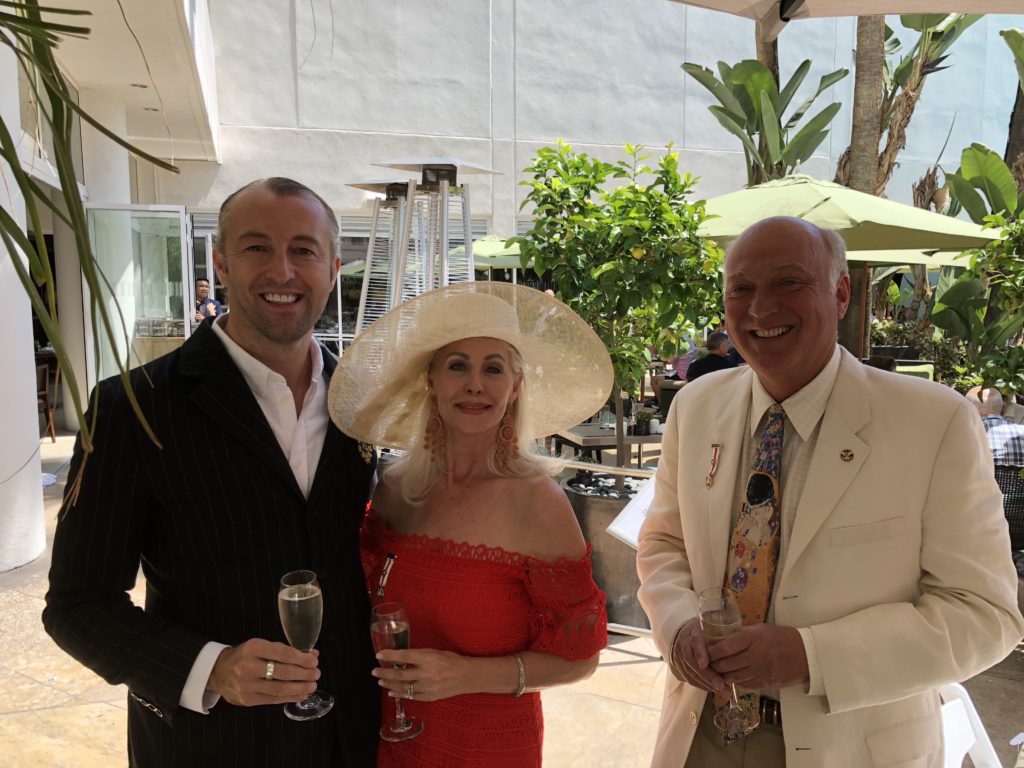 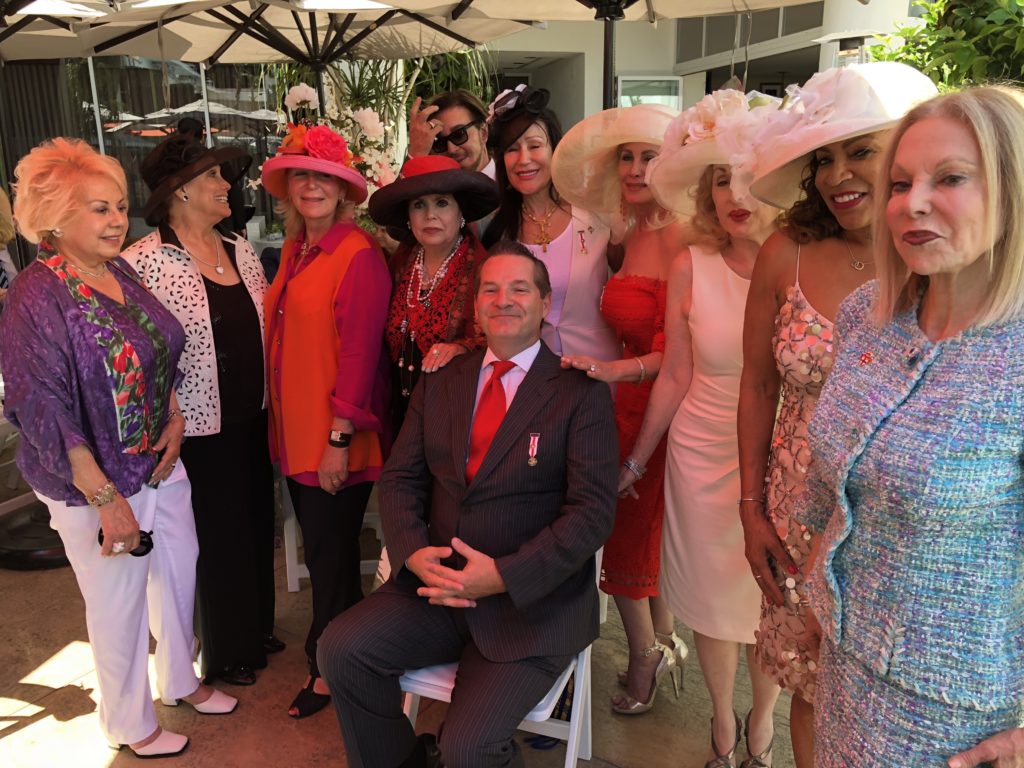 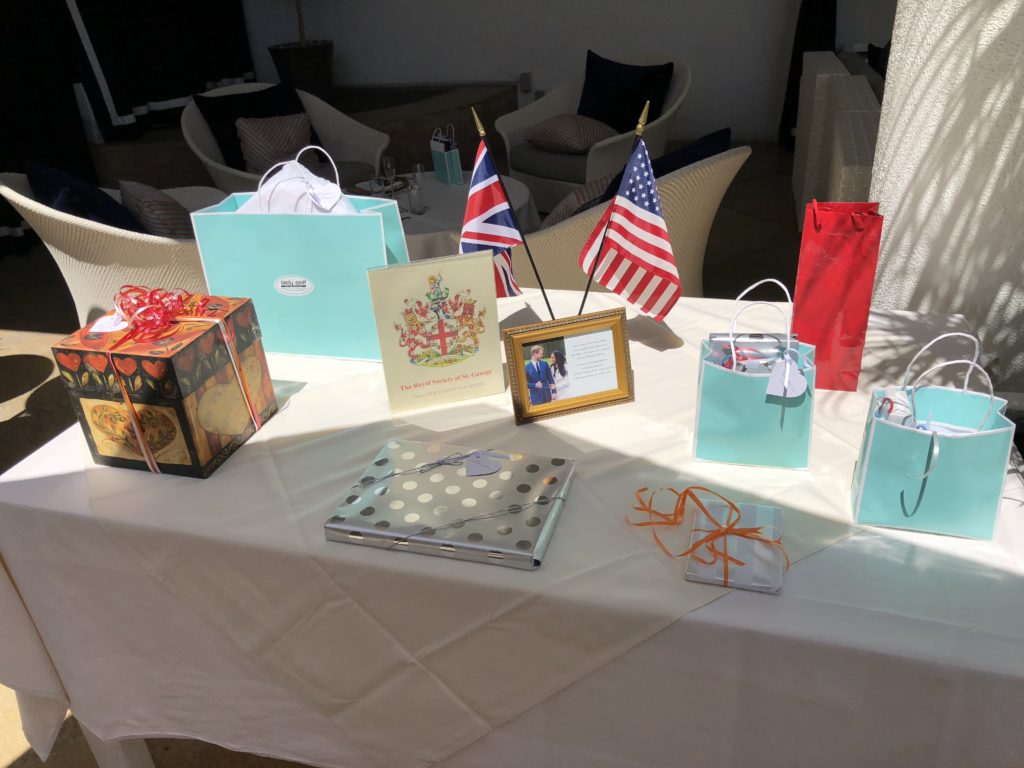 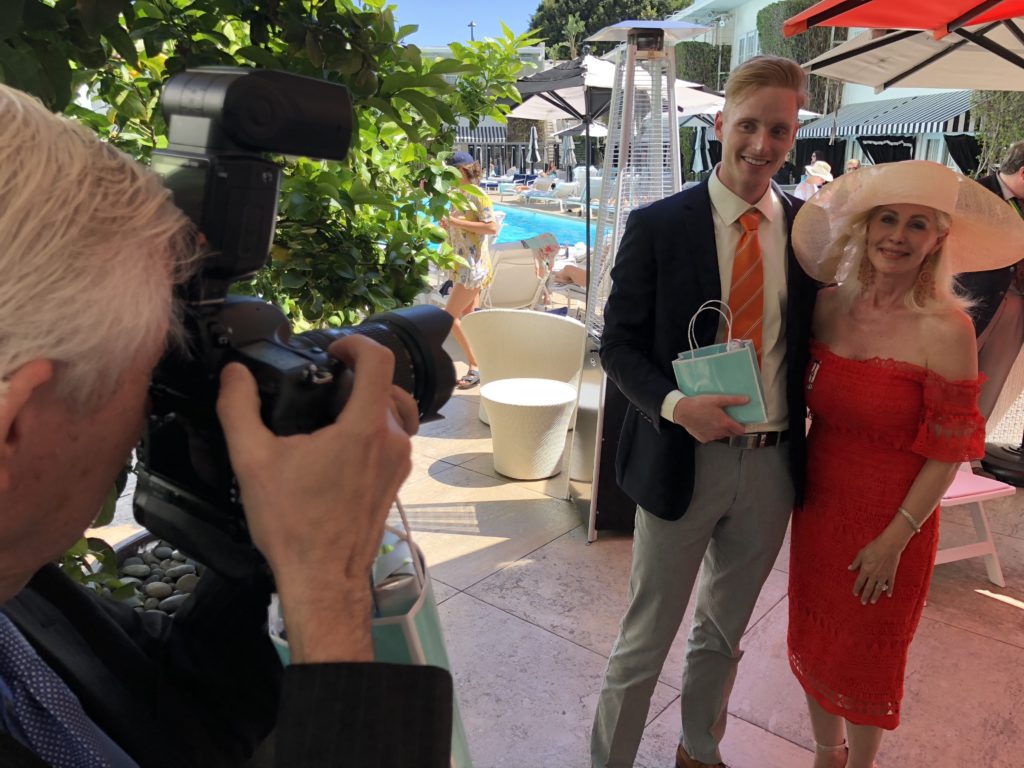