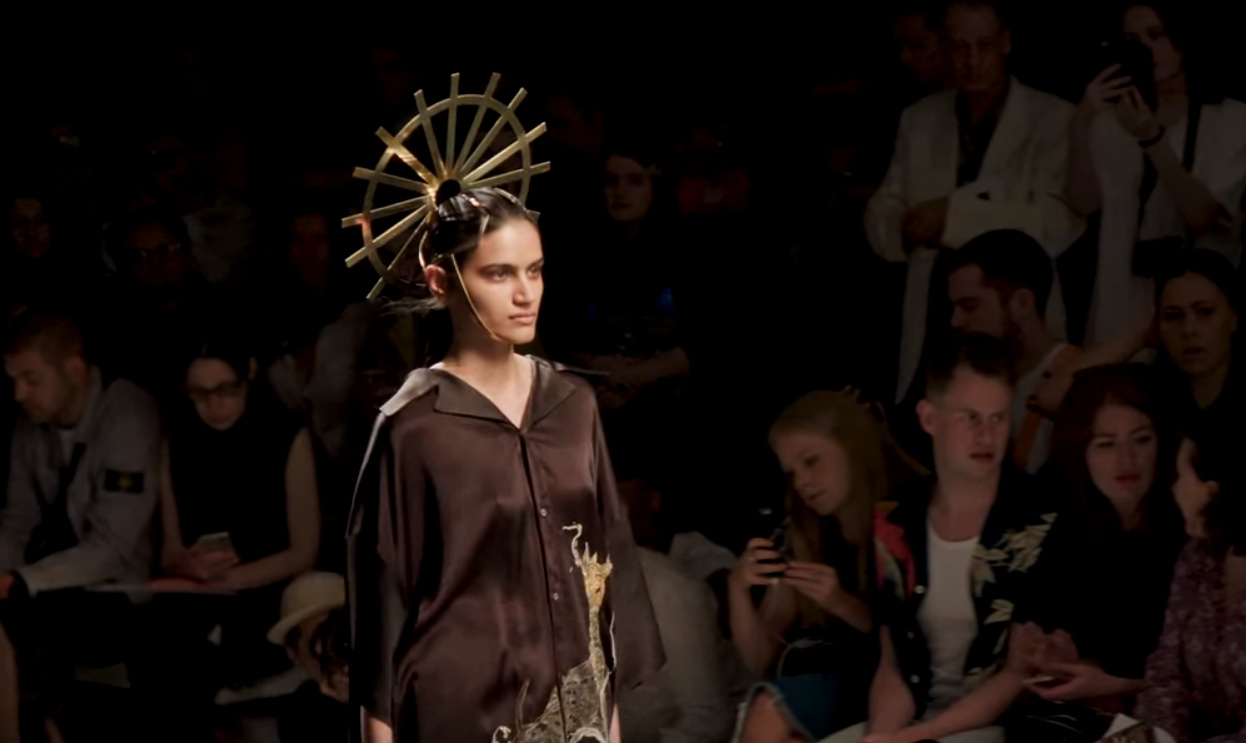 The Fashion Awards 2018 in partnership with Swarovski will award Cyrill Gutsch, Founder of Parley for the Oceans with the Special Recognition Award for Innovation on Monday 10th December at the Royal Albert Hall in London. The award will be bestowed for Parley for the Oceans’ commitment to highlighting the devastating effects of plastic on our environment and through collaborations, working with designers to reinvent the way in which products can be made and designed in order to turn a global problem into an opportunity, to protect our oceans.

The Special Recognition Award for Innovation celebrates the contribution of a brand or an individual to the fashion industry using innovative materials, production techniques, manufacturing or store practices that help raise awareness of environmental issues. The recipient is invested as a responsible and authentic entity, constantly pushing the boundaries to allow change. Their deeply rooted commitment to ethical and environmental values allows the rest of the industry to reflect on the resources it uses and their impact on the environment while pushing to constantly explore innovative ways to become more sustainable throughout the product cycle. The inaugural recipient of the Award was Stella McCartney in 2017.

The Fashion Awards is the main fundraiser for the British Fashion Council (BFC), a not for profit organisation focused on promoting excellence in British fashion and supporting the future pipeline of creative talent. As part of their continued and generous support of The Fashion Awards 2018, Swarovski has pledged a £300,000 donation to the BFC Education Foundation in advance of this year’s event. The BFC’s work is achieved through a range of charitable initiatives which focus on education, business and mentoring schemes that support talent from school level and emerging designers to fashion start-ups and established brands. In 2017, the BFC raised over £2.2 million for its charities and business support initiatives and in the twelve months to March 2018 allocated £1.1 million in grants to designer businesses to further support these efforts, all other funds are held on reserve.

Parley for the Oceans is a new form of environmental organisation and global collaboration network. Founded in 2012 by Cyrill Gutsch, Parley aims to raise awareness for the beauty and fragility of the Oceans, and to inspire and empower diverse groups such as pacesetting companies, brands, organisations, governments, artists, designers, scientists, innovators and environmentalists in the exploration of new ways of creating, thinking and living on our finite, blue planet. Parley believes the consumer has the power to create change through everyday choices, but the duty to empower the consumer is in the hands of the creative industries.

Recognising that there are no simple solutions to the complex threat of marine plastic pollution, Parley devised a scalable strategy based on the fact that at least the oceans generate at least every second breath we take: Parley AIR (Avoid, Intercept, Redesign). With this strategy, Parley is calling for a Material Revolution and driving a wave of change across and through the most influential industries.

Parley’s most well-known fashion collaboration with sportswear label adidas led to the creation of the first soccer, football and running performance products made with Parley’s Ocean Plastic®, turning threat into thread. World-renowned teams such as Manchester United, Real Madrid, Juventus and Bayern Munich made the switch to Ocean Plastic® for their third kits for the 2018/2019 season. As reported by Forbes, the adidas x Parley partnership earned over $1Billion in revenue, proving Parley’s philosophy that it can be more lucrative to protect the oceans than to destroy them. This summer Parley and adidas hosted “Run for the Oceans”, a global campaign with almost 1 million runners participating and 12 major running events across various cities around the world. For the first one million km completed adidas contributed $1 million to support Parley youth education initiatives and programs to end marine plastic pollution.

In 2015, Dazed founder Jefferson Hack hosted the Parley Talks, broadcasted live from COP21 in Paris, alongside Cyrill Gutsch, where they discussed the need for immediate action and the importance of collaboration across creative industries to solve these problems with imagination, collaboration and innovation. In 2017, Parley collaborated with British designer Stella McCartney to release footwear made from Ocean Plastic® through the adidas x Stella McCartney collaboration, as well as a special edition Ocean Legend bag honouring Captain Paul Watson and the work of Sea Shepherd Conservation Society to defend the high seas against illegal fishing activity.

In 2018, Parley partnered with Porter Magazine and supermodel Anja Rubik to champion the power of content, commerce and cause with the release of exclusive products made from Ocean Plastic®, and an issue of Porter Magazine made in tribute to our life support system. The aim of the project was to shine a light on the beauty and fragility of the oceans and invite the fashion industry and luxury brands, to collaborate. Following the shoot with Mario Sorrenti in the Maldives, the fashion crew and Parley collaborators along with local families participated in a beach clean-up.

Parley also launched in 2018 an unexpected call to action for the fashion industry through the Corona x Parley partnership: a new form of creative fundraising platform by the name Clean Waves, which will empower designers, artists, musicians, material innovators and other creators to put progress into the hands of consumers. The first products introduced are sunglasses made from Ocean Plastic®, marked with the unique coordinates of locations on the islands their purchase helps protect.