„Musica Razionale“ is the new album by Sebastiano De Gennaro

„Musica Razionale“ is the new album by Sebastiano De Gennaro

Musica Razionale (Rational Music) is the new album by the Italian percussionist and composer Sebastiano De Gennaro, out on April 17th, 2022 for the label 19’40“: a meeting between sound and mathematics; listen to the first excerpt Farey Sequence

Is it really fair to say that music is heard with your ears? That may be the case, but it is still a rather reductive statement. We should lend more opportunities to the idea that our perception of what we call music occurs only partially through hearing; music also reaches us through the eyes, touch, and even – in certain contexts – through the sense of smell. Yet you can still „listen“ without necessarily receiving any of this physical information. Music, which develops over time, exists for us as a particular perception of the succession of specific sound events, but also as a succession of abstract events. Without our brain, in short, ears are useless while, as a certain number of composers have shown us, one can equally write and listen to music without being physically able to hear it. This broader idea of ​​music is fascinating indeed, and prepares us to understand the substance of Musica Razionale (Rational Music), the new album by the Italian percussionist and composer Sebastiano De Gennaro, where what matters is the form in its most intellectual sense, and where beauty appears when the structure and logic that inform the composition are  finally revealed.

The six tracks of contemporary music that make up this album, to be released on CD and digital on April 17th, 2022 for the label 19’40“, are the „sonification“ of six beautiful mathematical phenomena. These six compositions were written not only to be presented as sound objects, but also and above all to arouse interest in the nature of their form. For this reason, listening to them does not end with their respective audio tracks, but with the answer to the question about the form inherent in the tracks themselves. During the period of the pandemic, De Gennaro was struck by some compositions by Tom Johson and began to observe graphic notation scores based on numerical series, interested in concept of generative or self-generating music for a long time. So, De Gennaro examined mathematical phenomena, selecting six of them, and afterwards he used them for the organization of sound. In his time, Luciano Berio said: „Music is everything we listen to with the intention of listening to music. Everything can become music„. By virtue of this authoritative consideration, De Gennaro took the liberty of naming this project Rational Music.

Entirely made up of original compositions, Musica Razionale is De Gennaro’s eighth solo work, following among others the debut album Hippos Epos, All My Robots (an electronic homage to the science fiction genre), Il Picchio and Discovering The Electronic Music Of Chino Goia Sornisi (the first Ukronic album in the world dedicated to Gioachino Rossini), not to mention last year’s video game with its soundtrack Tz0 The Ghost Game. Musica Razionale was entirely composed by De Gennaro and performed by him on percussion, with the participation of Yoko Morimyo on violin and Simone Pirovano on electronic samples, both in Ulam Numbers. Each track is preceded by its introduction, entrusted to the voice of the musicologist Francesco Fusaro in the English version of the record (in CD and digital format) and to that of the scientist Paolo Soffientini in the respective Italian version (only in digital format).

A first track from the record, Farey Sequence, is available for listening. The Farey sequence is a nineteenth-century discovery disputed between English geologist John Farey and French geometer Charles Haros. Regardless of its dubious attribution, this mathematical phenomenon is wonderful. The adjectives ‘illusory’ and ‘symmetrical’ are perfect to describe it. The Farey Sequence is in fact a potentially infinite sequence of fractions that lie between 0 and 1. To be more precise, these fractions – linked by certain singular properties – are precisely ordered in the space that separates 0 and 1/2. What happens is that between 1/2 and 1 the sequence of fractions continues, arranging itself as perfectly mirroring the order of the fractions found between 0 and 1/2. So the apparently finite space that separates 0 and 1 is just an illusion: a sort of ‘cathedral’ with infinite foundations buried within it. A large structure made up of fractions, which thanks to its perfect symmetry recalls a phantasmagoric architecture. Of the many graphic representations of this peculiar sequence, this piece focuses on the one with denominator 12 (F12), and interprets it as a musical score by performing it from left to right, then proceeding to do so from 0 to 1, after having assigned a specific sound event to each fraction. In the piece there is also a sort of narrative fantasy: the fractions contained between 0 and 1 are trapped and cannot get out of that space which, although small, is infinite; the exit door – there is also a sample of a door closing – is also the entry door. The sound citation of Bernard Herrmann’s Main Theme from Hitchcock’s Psycho connects to the idea of this place marked by anxiety and fear, in practice a trap for numbers which, having become flesh and blood, cry out for help.

Sebastiano De Gennaro, classically trained percussionist, is one of the most important Italian musicians of the last twenty years, in a magical balance between technique and inventions of the imagination. His transversal path has led him to work with well known artists on the national and international scene. He has participated in more than seventy records, including those of the Esecutori di Metallo su Carta ensemble founded by himself together with Enrico Gabrielli. In the contemporary field he collaborates and has collaborated with Francesco Dillon, Terry Riley, Sandro Mussida, Azio Corghi, Dario Buccino. In „popular“ music he collaborates and has collaborated, among others, with Baustelle, Vinicio Capossela, Calibro 35.

Musica Razionale is the seventeenth publication by 19’40“, a subscription-based recording series created by De Gennaro, Enrico Gabrielli and Fusaro, in collaboration with Tina Lamorgese and Marcello Corti. All works are linked together by the same well-read and anti-academic approach to written music dubbed as „anticlassical music“. Rather than a music label, 19’40“ is a place of experimentation with cross-repertoires and (seriously) playful music interpretations. A new album is released on a four-monthly basis  (the complete catalog of the works released so far is available here: www.19m40s.com/releases). 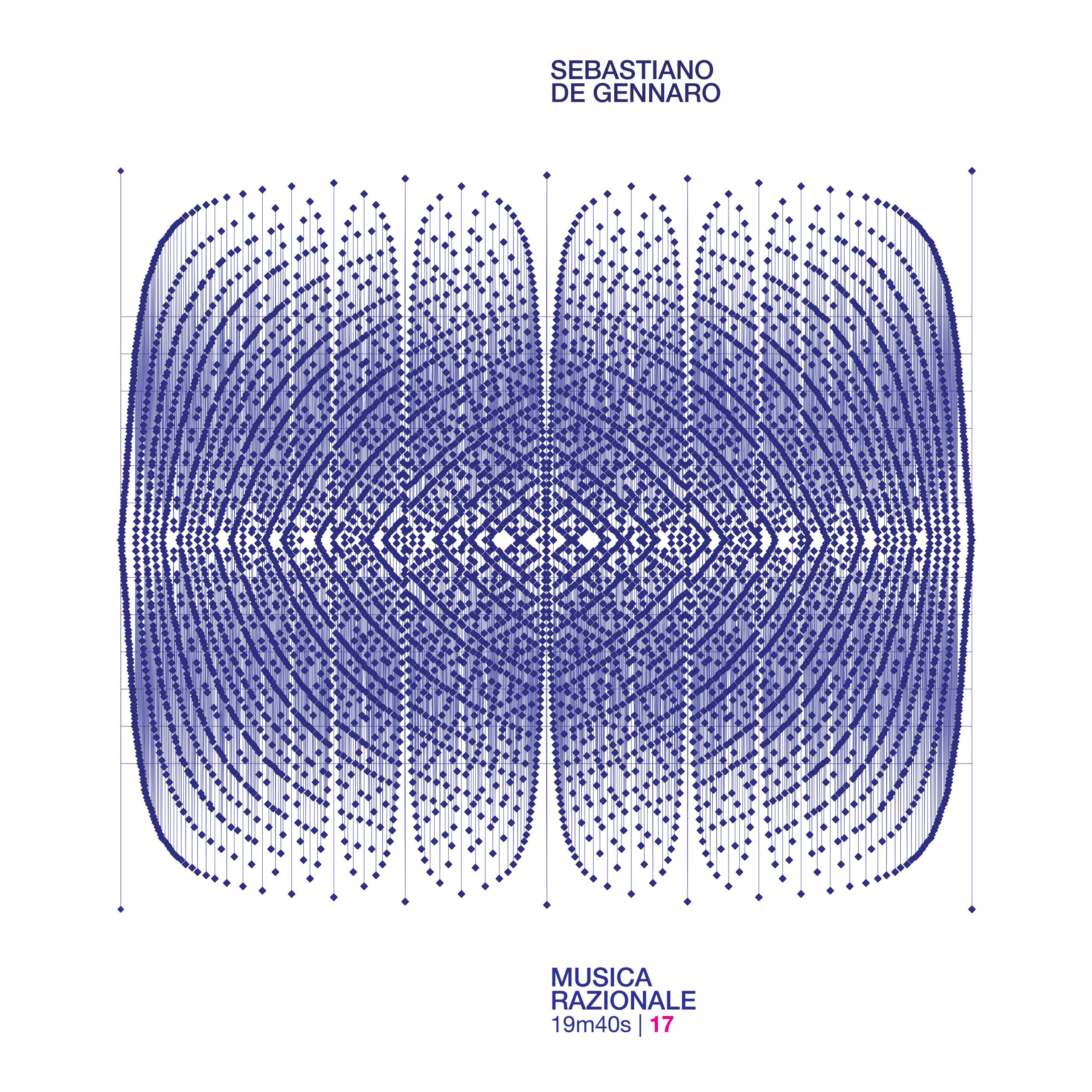