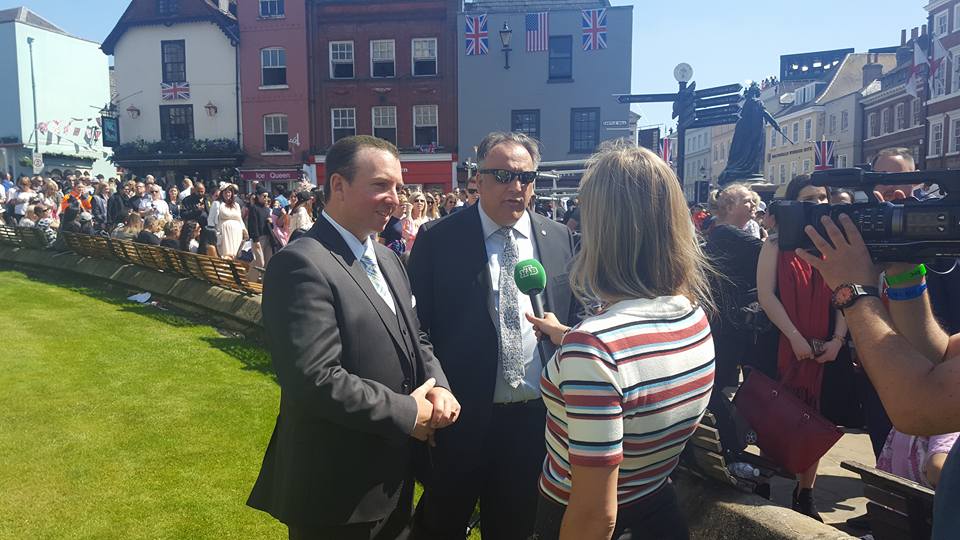 Media Insider – Discrimination: How Thomas J. Mace-Archer-Mills got slammed and haunted just for being too popular

For Years the academic historian, known under his author aka Thomas J. Mace-Archer-Mills, has been a well respected expert for British Royals, Royalty and author about the Windsor family. This led to highly visible comments in the global mass media. Being the chairman of the British Monarchist Society comes with a lot of glory. And light attracts jealousy.

Being the most interviewed man of the Royal Wedding of Prince Harry and Duchess Meghan is not easy. All of the sudden jealous competitors who get less google results and minutes on air pop up. And all of a sudden a discriminatory wave – that has hardly ever be seen before in mass media – starts slamming the expert: Why does he write and appear in public under his artist name? Why is he not British ? And why does he talk like a British noble-man? How someone is called, talks or is named got scary importance in the Third Reich. Jews often had a name that revealed their heritage, spoke Yiddish, and came from many different cultural and geographical backgrounds. And wrong discriminatory comments picked on the wonderful Jewish community. In a certain way like the Jews got haunted by the Nazis, a reputable historian and author gets slammed now, based on nothing else then hot air: Speaking too British? Being born in the great United States of America not Great Britain? And then the biggest scandal, being uber successful – being the most interviewed man of the Royal Wedding.

The wrong-doing is a copy and paste phenomenon of 2018 as many #fakenews publications just copy from each others. So the expert has to suffer, despite his huge reputation, achievements, charitable activities and hard work for promoting historical facts about monarchy. Not fair. Not good. It is time for a change in the media, especially to evaluate the actions taken by journalists in a fast and fury media world. Literally burning the reputation of people over night. Like in the darkest time of history. Now through defamation. And trying to ruin the career of a person that is a successful journalistic competitor. What one writes about the other in the causa Tommy is in fact no achievement even worth a single line. But a lot of that BS is being served to the uninformed public for quick bucks in 2018. #Fakenews about a real expert have to stop. Neither does a Royalty expert have to be a British Citizen nor does he have to talk in any vocal coloration desired by any colleague. And any Thomas probably has an aka. Tommy, like the worlds greatest designer…