„Τυέρτι (radio edit)“ is the new single from the electronic concept album „Echo Ex Machina“ by Simone Faraci, out on October 1st via Slowth Records

Simone Faraci: Τυέρτι (radio edit), out today, is the new single taken from Echo Ex Machina, an electronic concept album on voices mediated by technology to be released on October 1st, 2021 via Slowth Records.

Echo Ex Machina is the first solo record by Simone Faraci, an Italian musician based in Bologna, where he has been active for several years in the electroacoustic improvisation scene, also with the collective Minus of which he is one of the founders. After various experiences in the field of classical music, he currently focus on experimental and electronic music.

To be released on CD and on all digital platforms on October 1st, 2021 by Slowth Records, Echo Ex Machina was born from a suggestion that arose during the pandemic. In fact, over the past two years we have increasingly surrounded ourselves with voices mediated by technological tools. These voices come from afar, dismembered and reconstructed by digital technology.

The record is based on four concepts: voice, distance, machine, metamorphosis. The title summarizes these concepts by referring to the figure of Echo and her myth, handed down by Ovid in The Metamorphoses. In Ovid’s work, Echo loses her body and turns into pure sound that wanders invisibly through the woods. Likewise, our voices travel bodyless in the video call stream and social media feeds, like an echo of our presence.

After the first excerpt Apparatus [songmachine], representing an imaginary singing machine capable of producing various voices, the brand new single Τυέρτι was born from the collaboration with Agnese Banti. Here words do not exist, because they appear dismembered in a myriad of syllables, to be reassembled by a random algorithm, which brings them together in a totally unconscious way. It is a game of inputs in which the listener can find a personal interpretation of what the machine proposes: syllables are only sounds, it is our mind that is looking for a meaning. 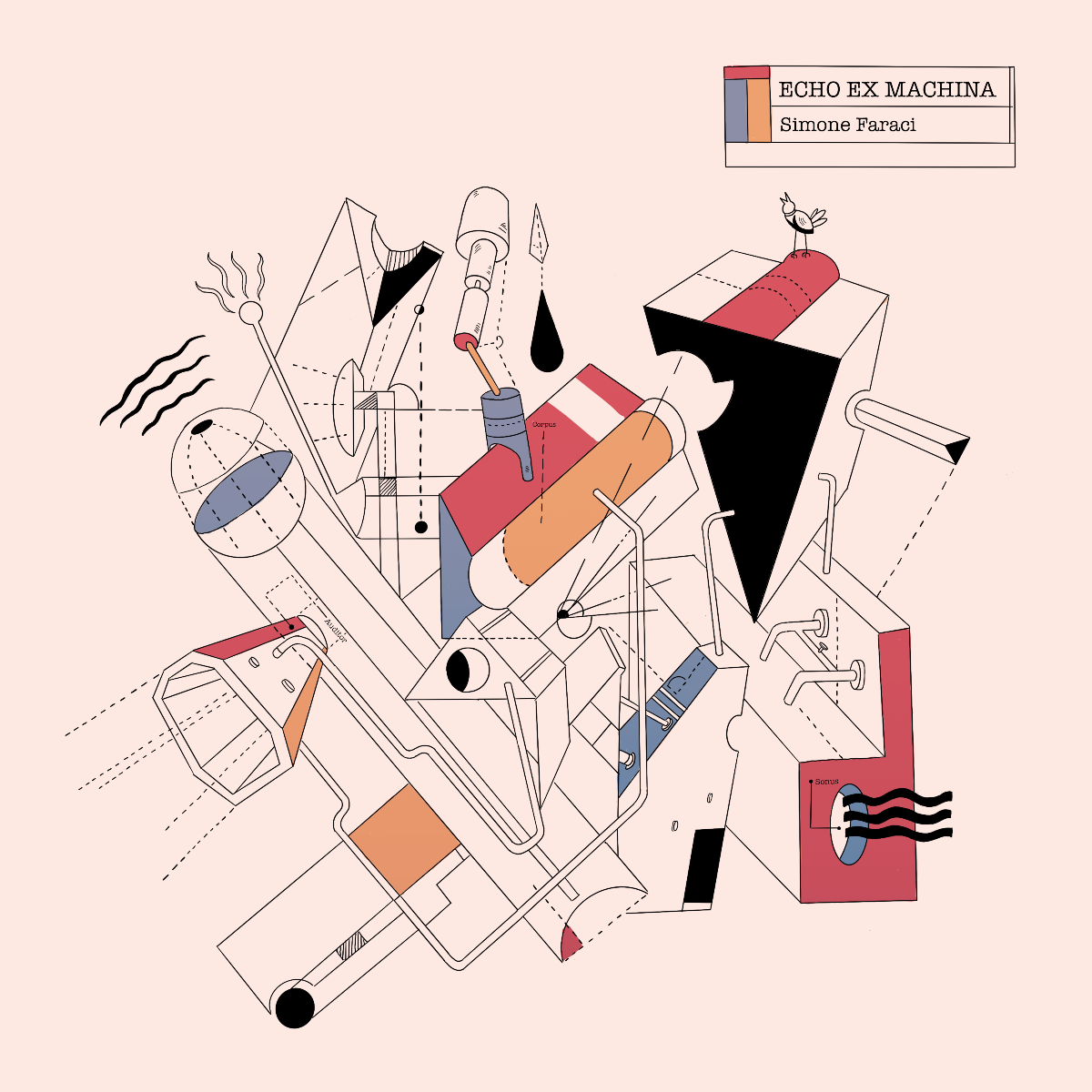