The DTM season speeds to its midpoint with a highlight, as Round 4 comes to the classic street circuit of the Norisring. And for this race only, Red Bull AlphaTauri AF Corse will have a new driver from Turkey at the wheel.

Norisring (GERMANY) – The fourth weekend of the DTM Championship 2022 will see the Ferrari 488 GT3 Evo 2020 racecars of Red Bull AlphaTauri AF Corse roar down the only street circuit of the season: the Norisring in Nuremberg, Germany. Making their debuts in this classic motorsport event will be team driver Felipe Fraga of Brazil and – in his first-ever DTM race – Ayhancan “Can” Güven of Turkey, who is filling in for team regular Nick Cassidy (NZL).

· A fixture on the DTM calendar since 2000, the Norisring marks a traditional highlight of the season, and with a track on city streets and close proximity for fans, it’s popularly known as the “German Monaco.” Containing just two right turns and four left-handers across 2.3 km, the circuit looks deceptively simple; but fast straights ending in hairpin corners are brutal on the brakes, and bumps in the asphalt add to the challenge. Instead of run-off zones, large sections are lined by walls, allowing no room for error and demanding exquisite precision at the notorious “Schöller S”.

· Continuing his first DTM season, Fraga – winner of the LMP3 class at the 2022 Rolex 24 at Daytona – drives the team’s Red Bull-liveried #74 Ferrari and currently holds 11th place in the DTM standings. After powering to second place at the season opener in Portimão, the Brazilian has shown consistent pace, only to grapple with an unlucky string of retirements. Success in Bavaria would be especially meaningful because the Norisring event coincides with his 27th birthday on July 3.

· Fraga says, “I’m ready and I can’t wait to drive in the Norisring! It’s a historic classic for DTM and I’m really happy to represent the team in a big race like this. Right now it’s hard to understand everything we’ve been going through in the past races, but on the positive side, we have been competitive ever since we hit the track in Portimão. I just hope we can have a clean and good week, because the team deserves a good result.”

· Güven agreed to take the wheel of the team’s #37 Ferrari with the livery of Red Bull’s premium fashion brand, AlphaTauri, when Cassidy’s Formula E commitments clashed with the Norisring date. One of Turkey’s most promising up-and-comers, Güven is a two-time winner of the Porsche Carrera Cup France (2018 and 2019), won the 2018 FIA GT Nations Cup, and has taken overall podiums in the Porsche Supercup for the past three seasons – but has never raced in the DTM.

· Güven, 24, says, “As a young motorsport fan, I always dreamed about racing in the DTM one day, and luckily now I have the opportunity. I’m super proud and happy, and I will try to do my best here at this special event in this special environment. I want to thank everyone who has made this possible, and I’m really looking forward to the weekend.”

Each of the DTM season’s eight rounds features two sprint races of 55 minutes plus one lap. The racing starts at the Norisring at 1:30pm local time on Saturday and Sunday, July 2 and 3, 2022. 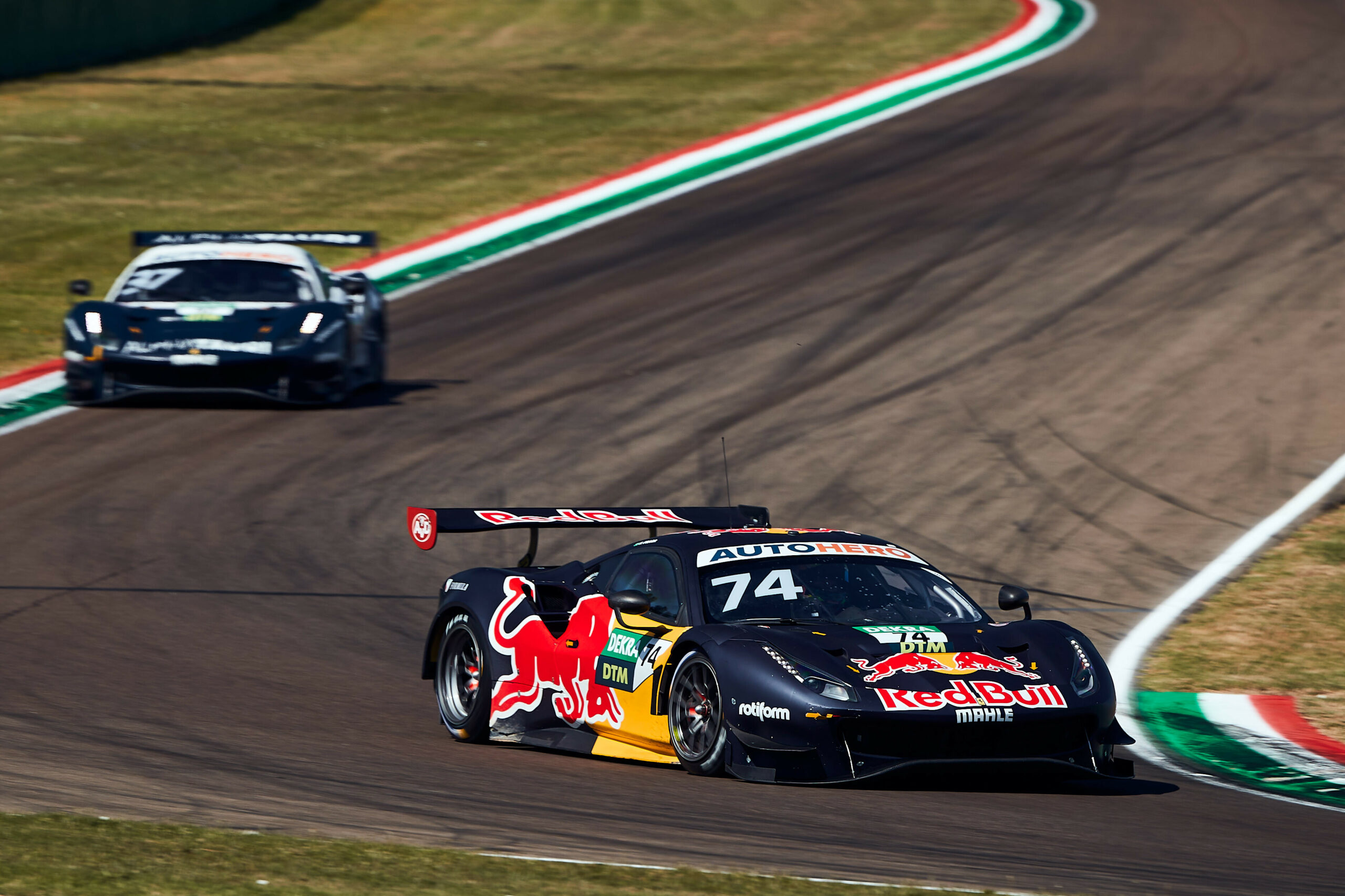