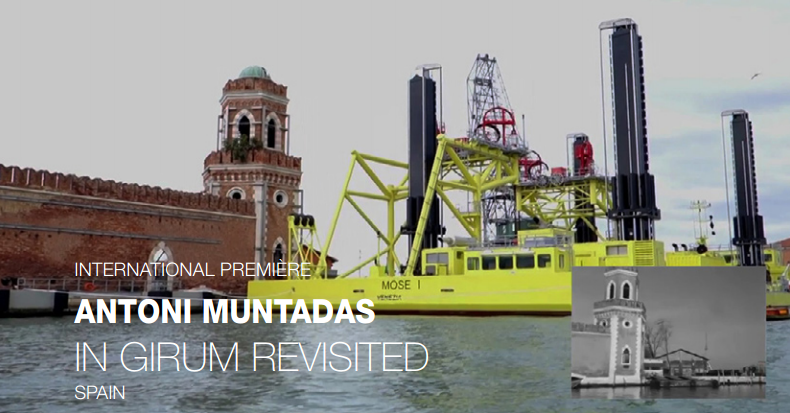 Antoni Muntadas was born in 1942 in Barcelona. After studying architecture and engineering in Barcelona, Muntadas dedicated himself to art, and ever since 1971,he has focused specifically on videoproduction. He settled in the U.S., where he was granted a fellowship, then became a professor at the Center of Advanced Visual Studies (MIT) in Cambridge, Massachusetts.

He now lives in New York and is aprofessor of the practicein MIT’s Department of Architecutre, heading its Program in Art, Culture and Technology (ACT). He is also a professor at the Instituto Universitario de Arquitectura del Veneto in Venice. Antoni Muntadas was an early pioneer of video and installation art in the mid-seventies, and he has continued to work with photography, video, installation art, audio recording, and urban art. Over four decades, Muntadas has been developing these projects, which critically reflect on key issues in the configuration of contemporary experience.

His aim is to detect and decode the control and power mechanisms through which hegemonic ways of seeing are built, and explore the decisive role played by the mass media in this process. In his works, which always reflect a clear creative processand often make a direct appeal to viewer participation, Muntadas uses an array of media, languages and discursive strategies that encompassinterventions in public space, video and photography, the publication of printed material, the use of Internet and new digital tools, multimedia installations, and the organisation of multidisciplinary, collaborative research projects.

Muntadas has taught and directed seminars at diverse institutions throughout Europe and the United States, including the National School of Fine Arts in Paris, the Fine Arts Schools of Bordeaux and Grenoble, the University of California in San Diego, the San Francisco Art Institute, Cooper Union, the University of São Paulo, and the University of Buenos Aires. He has also served as a resident artist and consulting advisor for various research and education centres including the Visual Studies Workshop in Rochester, the Banff Centre in Alberta, Arteleku in San Sebastian, The National Studio for Contemporary Arts Le Fresnoy, and the University of Western Sydney. His work has been exhibited in numerous museums, including the Museum of Modern Art (MoMA) in New York, the Berkeley Art Museum, the Montreal Contemporary Art Museum, the Reina Sofia Museum in Madrid, the Museum of Modern Art , Haus der Kulturen der Welt, Berlin 7 in Buenos Aires, the Museum of Modern Art in Rio de Janeiro, and the Museum of Contemporary Art in Barcelona. His work has been included in international events and venues such the 9th and 10th editions of Documenta Kassel (1977, 1997), the Whitney Biennial of American Art (1991), the 51st Venice Biennial (2005), and others in São Paulo, Lyon, Taipei, Gwangju, and Havana.

His solo exhibitions have also appeared at the Württembergischer Kunstverein Stuttgart, the Centro de las Artes in Sevilla and the Centre d’art contemporain in Thiers. He presented an installation at the Inter-Society of Electronic Arts in San José, California in 2006, the Telefónica Foundation Space, the Recoleta Cultural Center, and the Spanish Cultural Center in Buenos Airesin in 2007, and the Cervantes Institute in Paris in 2008. In 2009, he carried out an art intervention at the Mies van der Rohe Pavillion. In Montréal,his work was shown at the SBC Gallery of Contemporary Art and at the Cinemathéque Quebécoise.

Supported by the program Lives And Works in Istanbul, he exhibited at the Istanbul Modern Museum in 2010. More recently, there was a Muntadas retrospective at the Reine Sofia Museum, showcasing his»Entre/Between», which ran from 2011 to 2012. In 2013, his work was exhibited inside Pinacoteca Station in Sao Paulo.It has also been shown at Galeria Michella Rizzo in Venice and at Galería Moisés Pérez de Albéniz in Madrid. His exhibit»About Academia», previously installed in 2011 at The Carpenter Center for the Visual Arts at Harvard University, traveled to the Audain Gallery in Vancouver in early 2013. Muntadas is the recipient ofnumerousprizes and grants from institutionssuch as the Solomon R. Guggenheim Foundation, the Rockefeller Foundation, the National Endowment for the Arts, the New York State Council on the Arts, and Arts Electronica in Linz. He received theLaser d’Or prize (considered the «Oscar of Video Art») from the International Association for Video in the Arts and Culture in Locarno, the National Prize of Plastic Arts from the Catalan Government, and the National Prize of Plastic Arts(2005) and the Velázquez Plastic Arts Prize (2009)from the Spanish Ministry of Culture. 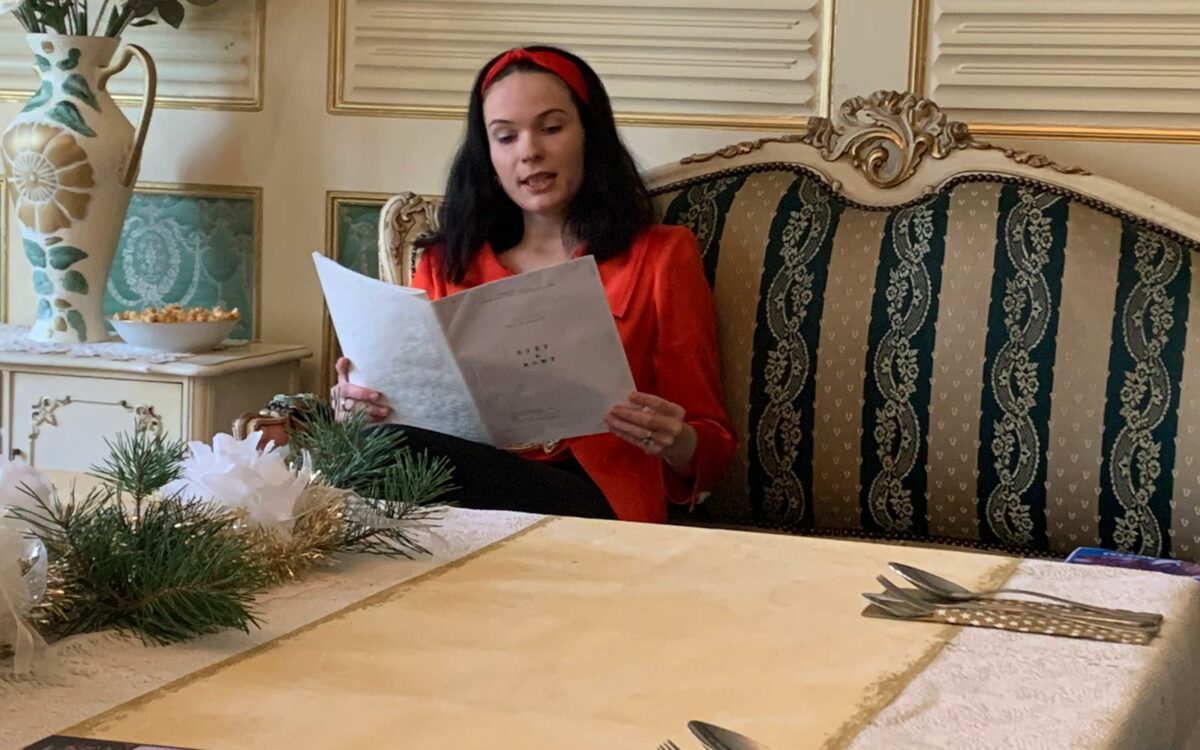 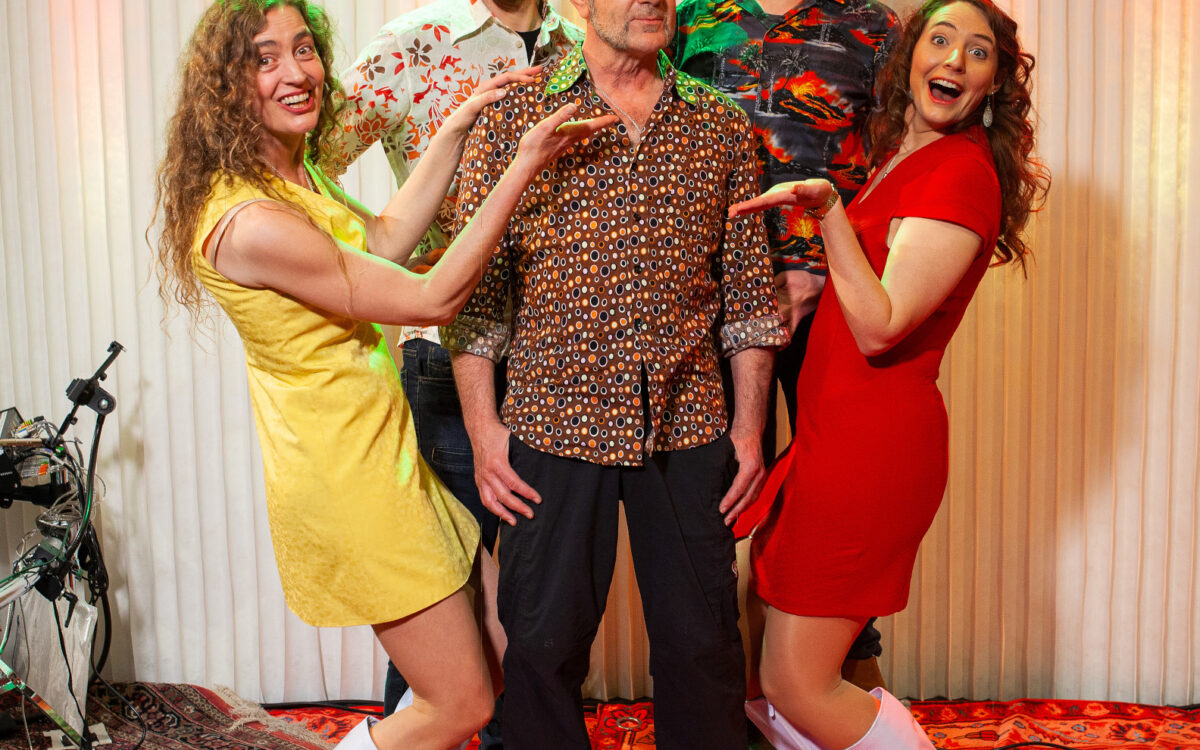